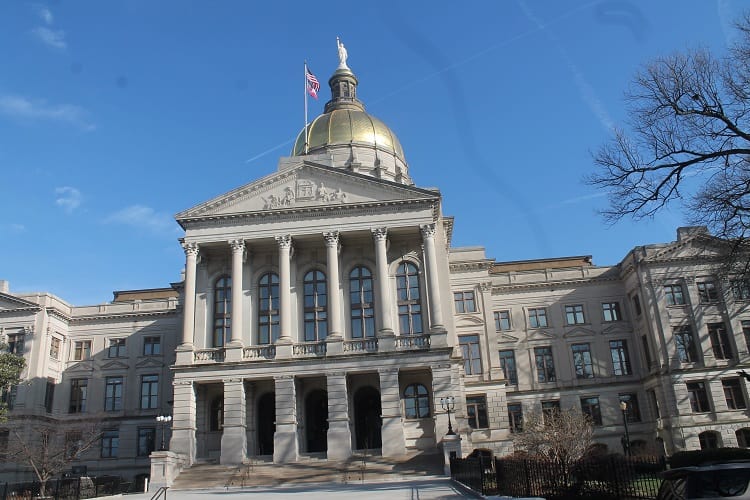 I picked up the ringing beige BellSouth push-button phone on my desk as the elderly Southern fried voice on the other end squawked, “This here is governor Lester Maddox and I, sir, have been maliiiiigned!”

I was barely out of diapers as the newest reporter assigned to the Atlanta Journal-Constitution’s Peach Buzz column. In the era before Caller ID, my first thought was that this was one of my practical joke loving co-workers trying out their Foghorn Leghorn imitation on the new guy.

Lester Maddox, well into his 80s by then and still grieving for his wife Virginia, was desperate for someone to listen to him. He was riled up by the depiction of himself as an unabashed racist in the new biography, “Everything Is Pickrick: The Life of Lester Maddox.” The kicker? The author of the revealing but balanced bio was Bob Short, a former member of Maddox’s own gubernatorial staff.

With his wife dead and the governor himself in failing health, Maddox was realizing, perhaps for the first time, what the first line of his obituary would be.

Of course, when you make national headlines in 1964 by defying the nation’s freshly inked Civil Rights Act, chasing three African-American Georgia Tech students out of your downtown Atlanta restaurant with a .38-caliber revolver followed by a mob of white customers wielding pickaxe handles, history tends to judge you.

Sure enough, three years after our conversation, Maddox was dead. The headline on his New York Times obituary read: “Lester Maddox Dies at 87; Segregationist Was a Georgia Governor.”

Every Georgia House representative should be urged to read Maddox’s obit before they vote on our alleged “religious freedom” bill, a bill that sailed through the state Senate March 5, by a vote of 37 to 15. As the New York Times reported this week, the timing of these “religious freedom” laws is no coincidence as the Supreme Court will likely establish a nationwide right to same-sex marriage later this year: “State legislatures across the country are taking up bills that would make it easier for businesses and individuals to opt out of serving gay couples on religious grounds.”

In the end, I got a column out of Maddox’s mutterings and so he took that as encouragement to continue to call me. At first, I was disgusted to even grant him an audience but my reporter’s curiosity always kicked in. So I listened to the sad, shrinking old man on the other end of the phone as he tried to justify selling and then autographing pickaxe handles sold at his Pickrick restaurant’s souvenir counter. When faced with the reality of having to integrate his popular 400-seat restaurant in 1965, he opted instead to close the business.

Two years later, endorsed by the Ku Klux Klan, Maddox ran for governor. And he indeed ended up with the job. Reached for comment, Dr. Martin Luther King Jr. remarked, “I’m ashamed to be a Georgian.” This quote also made it into Maddox’s obit.

Before voting Yea, Georgia lawmakers might do well to heed the plight of another iconic but behind-the-times businessman, too. In Dickens’ “A Christmas Carol,” a panicked Ebenezer Scrooge shivers in a graveyard while surveying tombstones and asks the spirit of Christmas Yet To Come, “Are these the shadows of things that will be or are they only the shadows of things that may be?”

Each state lawmaker who chooses to vote to legalize discrimination needs to know that the shadows of this decision will be their epitaph. Just like the biblical beliefs of our current state Senator Josh McKoon, 50 years ago, Maddox believed his refusal to serve blacks was justified in scripture, stating that a federal mandate to integrate schools was “ungodly, un-Christian and un-American.” FYI: This little factoid also made it into Lester Maddox’s obituary.

Our state legislators can rest assured if they choose to vote hate into law, their political tombstones will be historically nestled next to Lester Maddox’s for all eternity.

Richard L. Eldredge has been an Atlanta journalist for 25 years and is a GA Voice advisory board member.