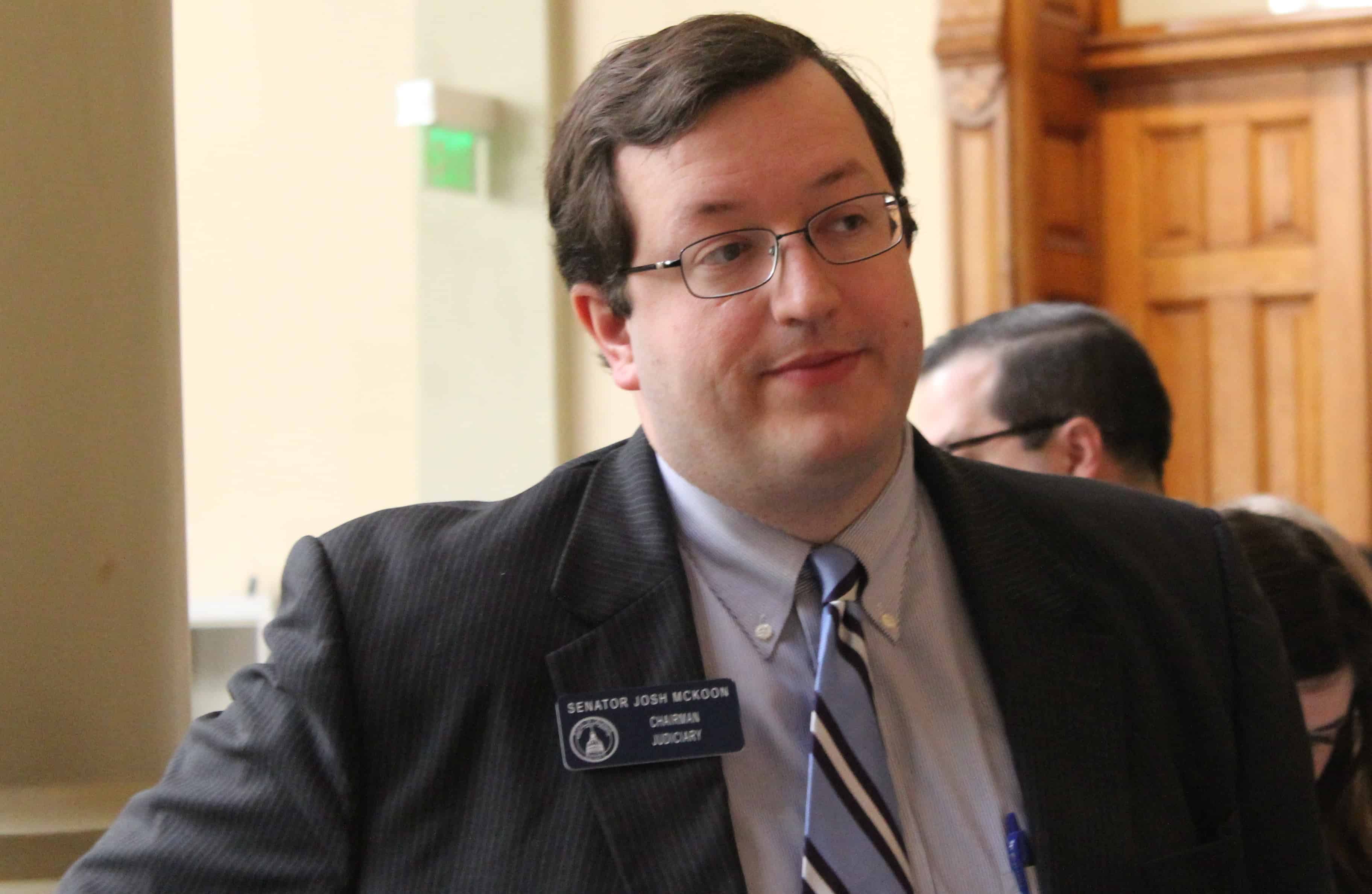 State Sen. Josh McKoon (R-Columbus) has long insisted in interviews and in long Twitter wars as well as Facebook posts that SB 129, his “religious freedom” bill, in no way, not at all, has anything to do with wanting to discriminate against LGBT people.

A video that surfaced recently paints a different portrait, however.

A company by the name of RedKudzo has been pumping out videos propping up the stances of religious extremists, including its most recent one urging viewers to call their legislators and ask them to support SB 129.

In the video, three main examples are given why this bill is needed: the firing of former Atlanta fire chief Kelvin Cochran by Mayor Kasim Reed for breaking city policy when he wrote a religious book that included anti-gay views and handed it out to several of his subordinates; the withdrawal of a job offer from the Georgia Public Health Department to Dr. Eric Walsh after learning of his anti-gay stances included in sermons loaded to YouTube; and the case of Jennifer Keeton, a former Augusta State University counseling student who unsuccessfully sued the school after she was required to undergo LGBT sensitivity training because she said she would counsel young people against being LGBT.

Cochran, who is represented by the anti-LGBT Alliances Defending Freedom, is suing the city of Atlanta in federal court. From Cochran’s lawsuit: “Defendants fired Cochran solely because he holds religious beliefs concerning same-sex marriage and homosexual conduct that are contrary to the Mayor’s and the City’s views on these subjects, and because he expressed those beliefs in the non-work-related, religious book he self-published.”

Walsh, represented by the equally anti-LGBT Liberty Counsel, has yet to file a federal lawsuit. Loud opposition from many people, including those in the LGBT community, preceded the state withdrawing its job offer.

The supporters of this bill will also say they support all people of faith, yet all they do in their rallies and press conferences at the Gold Dome and in this video is continually whine that Christianity is under attack. (Fortunately we have plenty of faith leaders in Georgia who are speaking out against the bill.)

Apparently these alleged attacks against Christianity just happen to align as marriage equality—an issue many Christian extremists like ADF and the Liberty Counsel can’t stand to see happening— spreads across the country. If you take a look at Congress and tell me the majority of people running our country are not vocal Christians, I’ve got a plot on the moon ripe for planting medical marijuana to sell you.

Now, Sen. McKoon can shout from the rooftops all day long that he is not anti-gay and does not intend to target LGBT people with his bill. And he can say it is the right of people to voice their anti-gay opinions about this bill without his interference, or asking them to maybe tone down the anti-gay rhetoric because, after all, that is what they believe. McKoon is also has no empathy for undocumented immigrants in our country who were given the OK by President Obama to receive legal driver licenses and is working on a bill to eliminate that option in Georgia.

But if he really believes this bill will not have any anti-gay affects, he wouldn’t so readily join the supporters of his bill who can apparently only find Cochran, Walsh and Keeton as real people to serve as examples as to why this law is needed.

One conspicuous and abiding theme of the American story is that individuals like Jennifer Keeton are free to choose their own spiritual path, and need brook no government trespass thereon. The Constitution guarantees that the heart may pulse to meters of its own design, deaf to public cadence. But when affairs of the conscience ripen into action – either speech or conduct – government is granted leave to regulate in behalf of certain public interests, including education and professional fitness.

Boundaries drawn through decades of case law establish the whither and when of such regulation, and, after carefully considering the factual content of Keeton’s allegations, the Court concludes that Defendants acted within those bounds – there is no room to reasonably infer otherwise.

The policies incorporated into the Counselor Program set the standards of conduct which govern the profession that Keeton chose to enter; Keeton was fairly apprised of what those policies demanded and she has failed to show that they had an undue chilling effect on student speech. The remediation plan imposed on Keeton pursuant to those policies placed limits on her speech and burdened her religious beliefs, but, as the allegations show, the plan was motivated by a legitimate pedagogical interest in cultivating a professional demeanor and concern that she might prove unreceptive to certain issues and openly judge her clients.

Hall further ruled the case should not be viewed as “pitting Christianity against homosexuality.”

I would say that those who support SB 129, however, do believe that this “religious freedom” bill is absolutely about pitting Christianity against homosexuality. Just read what Republican Oklahoma State Sen. Joseph Silk, sponsor of his state’s “religious freedom” bill, told the New York Times earlier this month, “The LGBT movement is the main thing, the primary thing that’s going to be challenging religious liberties and the freedom to live out religious convictions. And I say that sensitively, because I have homosexual friends.”

Soon, even in Georgia, LGBT people will be able to get legally married if the Supreme Court rules in favor of national marriage equality this summer. Clerks with religious beliefs will be bound by law to issue marriage licenses to same-sex couples. And like what has happened in Alabama and elsewhere, some of these clerks are going to throw a fit and refuse to do so because to do so would go against their Christian beliefs. If you are one of those clerks, get your resume updated and start looking for a job now. Equality for all is coming.

Anyway, watch this video of Sen. Josh McKoon with special appearances from Cochran, Walsh and Keeton and their attorneys as they make the argument for passing SB 129. Personally, I don’t think a stronger case can be made against the need for such a law.