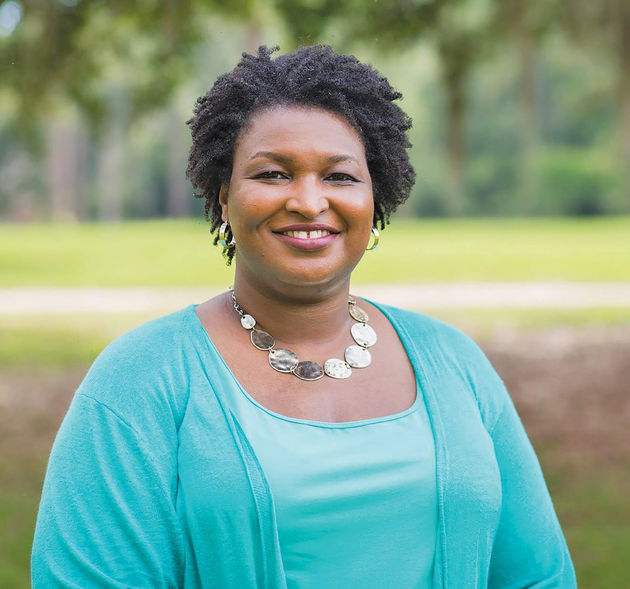 Stacey Abrams
Community
October 10, 2018
I am honored to join Atlanta Pride to speak and to march alongside your community.
I know that allyship requires both showing up and speaking out, and as your next governor I intend to do both to lift up the LGBTQ community in every corner of our state.
I have been marching with your movement since my teenage years. My parents moved to Atlanta when I was in high school to answer the calls of God to become United Methodist ministers and earn their degree in divinity from Emory University. A deeply religious family, we joined a church committed to living out our faith. Thus, when an anti-LGBTQ group organized a march in Atlanta, we joined together and counter-protested to affirm that all of God’s children were worthy of His love.
Continuing this tradition, I have worked with organizations like Georgia Equality and the Human Rights Campaign to ensure the LGBTQ community’s priorities were reflected in Democratic and bipartisan legislation.
As House Democratic Leader, I opposed every form of so-called “religious freedom” (RFRA) legislation that came to me. I corralled my caucus to do the same. As a candidate during the 2018 legislative session, I called on our legislature to oppose discrimination against LGBTQ couples to undermine our progress on adoption reforms.
I am the only candidate who has disavowed these bills and, as governor, I will proudly veto any bill with RFRA language. It is both morally right and economically sound — if we allow discrimination in our state, many businesses that bring good jobs will stop doing work in Georgia. From our film industry to manufacturing to tech, key sectors will suffer and they will leave if we tell them our state does not welcome each and every one of their employees.
An effective government must protect civil rights and fight discrimination based on race, gender, religion, sexual orientation, immigration status, disability, or gender identity. I have proposed plans that will end discrimination in the workplace so that LGBTQ Georgians will have full access to economic success.
Our state has an obligation to keep Georgians healthy, but Georgia currently has the highest rate of HIV diagnoses of any state. Medicaid expansion — my top priority — will cover more Georgians so they can be tested earlier and access mental health services that can combat opioid addiction, a leading cause of HIV.
I have always centered LGBTQ Georgians in my plans. I was the first statewide candidate to hold a public LGBTQ meet and greet because I knew from the beginning that I needed to include your voices in my campaign. I marched in Pride last year because it was critical for me to see you on the ground and show that I was with you.
I am with you. I will always be with you. Because I know that in order to build a Georgia where everyone can succeed, we must all work together and lift each other up. LGBTQ Georgians, African American, Latinx Georgians, Asian Americans, immigrants, rural Georgians, Georgians with disabilities, suburban Georgians, women, educators, nurses, business leaders, veterans  — every Georgian must band together so that we can build a state where equality fosters prosperity and every family has the freedom and opportunity to thrive.
Thank you for marching with me,
Stacey Abrams
Democratic Nominee for Governor