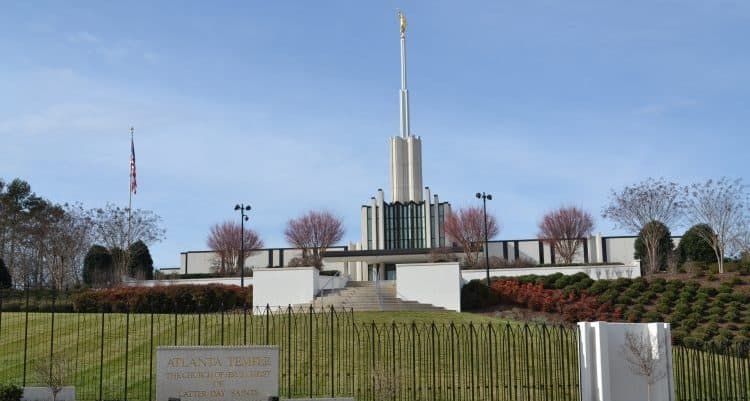 A schism of the soul: Being LGBT and Mormon

The Church of Jesus Christ of Latter-day Saints is okay with Mormons being LGBT — so long as they don’t act on their attractions.

“There’s a kind of schism within our souls when we’re being told we have to choose between our sexual orientation, which is so intimately connected to our capacity to love … and another profoundly human thing, which is the connection with God and spirituality,” said John Gustav-Wrathall.

Gustav-Wrathall is a gay excommunicated Mormon and president of Affirmation, a global community of LGBT Mormons and allies. The church’s position on homosexuality, according to its website “Mormon and Gay,” is that “attraction is not identity.”

“People can make their own choices about how to identify. There are active, temple recommend-holding Church members who comply with the laws of chastity and identify themselves as gay, lesbian or bisexual,” the website states.

Kirk, an Atlanta gay man who requested his last name be withheld for safety reasons, was raised Mormon. He spent years struggling with how he would be treated by God and his family after deciding to come out.

“My mom flat-out said, ‘Well, I know that God created you this way and you wouldn’t have chosen this because it’s the harder route,’” Kirk said.

His mother told him that if she loved him no matter his sexuality, there was no reason to believe that God, “who loves you a thousand times more infinitely,” wouldn’t love him as well.

“I think that was like a bucket of ice water on me,” Kirk said.

He began praying again, and after weeks of fighting awkward conversations with God, felt a spiritual connection again.

Gustav-Wrathall was excommunicated from the LDS church after outing himself to his bishop, though he had not done an excommunicable offense — such as engaging in same-sex activity — at the time. He was not particularly upset, but said that’s not the case for many LGBT Mormons.

“There have been quite a few individuals who have been excommunicated and often it is a very jarring and a very painful situation,” Gustav-Wrathall said.

Unlike some faiths, being an excommunicated Mormon doesn’t mean you’re shunned or barred from attending church, it just limits how active you can be in LDS leadership.

Same-sex marriage and the family seal

One of the core beliefs of Mormons centers on the family.

“Mormons believe that families can be sealed together for all eternity,” Gustav-Wrathall said. “The church believes the only people who can be sealed in the temple are a man and a woman … this obviously creates a kind of dilemma for a lot of gay Mormons, because they wouldn’t be permitted to be sealed to their same-sex spouses or to children that they might have as part of their relationship.”

Kirk said he struggles with feeling welcome in the church, though one of its teachings is to love others.

“That’s the challenge that I encountered as I was trying to come to grips with my spirituality and my relationship with God and my upbringing as a Mormon,” he said.

The Mormon church was founded in 1830 by a modern-day prophet named Joseph Smith Jr., whose family held Christian beliefs but weren’t members of a church. That was characteristic of most Americans at that time, Gustav-Wrathall said. As more churches hosted revivals, Smith had a “personal spiritual crisis” because he didn’t know which church to join.

“He went out in the woods and prayed and claimed to have this experience in which God the Father and Jesus Christ appeared to him in a vision and told him that none of the churches currently on the Earth today are true, and I’m going to found a new church through you,” Gustav-Wrathall said.

According to Mormon teachings, Smith received guidance from an angel named Moroni — whose form is seen in gold atop Mormon temples, including the one in Sandy Springs — that showed him where to find golden plates, upon which were written the revelations of ancient Americans who’d seen Jesus. Smith then translates those plates into the Book of Mormon. Because of their origins, Mormons believe in modern-day revelation.

Hope for the revelations to come

That leaves hope for a change in position on homosexuality, and inclusion of LGBT Mormons and their families.

“One thing Mormons will say a lot is, the most important prophet is always the prophet who’s living, because that’s the prophet who is receiving revelation from God that’s specifically tailored for us and our time and our situation,” Gustav-Wrathall said. “If the current prophet made a pronouncement and said, ‘Here’s what we understand now about homosexuality based on what the Lord has revealed to us,’ Mormons would put a higher priority on that.”

In 2005, Gustav-Wrathall received a revelation of his own. He felt led to return to a LDS church.

“I couldn’t see how there was any possible way to reconcile being gay and Mormon. The two seemed impossible to reconcile,” he said. “I knew I was okay with God. I knew that God didn’t have any issues with me being gay. So my assumption was at that point was the church has got it wrong and there’s no need for me to associate with the church.”

If nothing else, his presence at the church sparks conversations about its positions on LGBT individuals. Though the LDS statement hasn’t changed, the church members have.

“We’re seeing a sea change among Mormons. There’s a level of discussion about these things in the church that we’ve never ever seen before,” Gustav-Wrathall said.

Though Kirk does not attend LDS services regularly, he did receive assurances from bishops that he would be welcome, should he come back.

“I know that I would be, but ultimately I would desire to be able to find my partner. I would love the church that we attend together; I could hold their hand and feel completely comfortable with that,” Kirk said. “The Mormon church doesn’t lend itself to being able to do that. I think they’re still trying to figure out how that picture looks and trying to be inclusive and have people come back.”