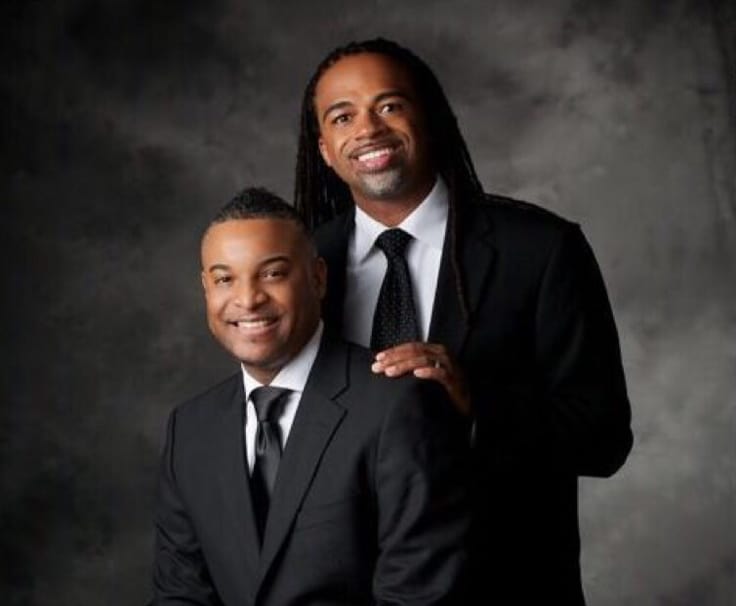 The Vision Church of Atlanta: Moving from vision to victory

At first glance, Bishop O.C. Allen III appears to be like every other minister in the African-American church tradition: well-groomed, articulate and charismatic, with a voice that oscillates between a whisper and a prophetic roar. But there is something unique about him and the community of believers he’s been called to lead as the founder and senior pastor of The Vision Church of Atlanta, a three thousand-plus congregation that has grown from 12 faithful members in Allen’s living room in 2005, to weekly services in The Vision Cathedral in Atlanta’s Grant Park neighborhood.

Allen says the idea from the very beginning was to create a place of worship for “people who felt like they did not have a space where they could be authentic, but with a caveat that this would be a place for everybody.”

The Vision Church is home to one of Atlanta’s most thriving LGBT congregations, with roots in the black Pentecostal tradition, but with a theology that leans towards inclusion instead of the exclusionary and harmful messages often heard in traditional churches. Allen rejects the notion that a gospel of exclusion exemplifies the spirit of Christianity.

“It is impossible to be a place that excludes people and say that you’re Christian; that is antithetical to Christianity. The notion of inclusion has always been a Christian ideal,” said Allen.

“We always wanted to keep God and his love first, so it was not about being of a certain sexual orientation or race in order to have membership,” said First Gentleman Rashad Burgess. It was about having a place of authenticity that welcomed people fully for who they are into a space of God’s love.”

That authenticity at The Vision Church goes from the top down, as Burgess and Allen are not only partners in ministry but also partners in marriage and fathers to Joshua, 4, and Caylee, 3.

It’s a level of authenticity that serves as a model for the members who fill the pews on Sunday mornings and ammunition for critics who question the authenticity and holiness of a same-gender loving minister, his husband and an LGBT congregation.

For his part, Allen says he no longer defends his brand of Christianity.

“I think it’s a distraction. Spending time in conversations with people who are committed to not supporting us frankly has no fruit. What is important is to continue to preach justice, to preach equality, to preach love. That is what my job is, not to defend it,” he said.

Courtney Walter has been listening since he joined The Vision Church at the end of 2012. He credits Allen’s ministry with helping him to reconcile his sexuality with his faith.

Likewise, Jarrett Walton has been attending The Vision Church for over seven years, and he tells Georgia Voice that he struggled in the past to understand what the Word meant for him in terms of his sexuality.

“It (The Vision Church) ministered to me,” said Walton. “Bishop has a very non -traditional way of ministering the Word and making sure to meet people where they are, then taking them to where they need to be.”

So why do so many LGBT people remain in harmful churches instead of flocking to affirming ministries? The answer is varied and complex. Burgess admits that this is one area where he is quite dogmatic.

“I do not participate in my own oppression,” he said. “When you go to other mainstream communities, no one expects them to go to a place that doesn’t uplift them, especially a place that’s about their spiritual nourishment and growing.”

Allen and Burgess agree that they won’t be able to “bring everyone along, but our responsibility is to those who do come along.”

“We’re not just about being a church, we’re also about the empowerment of the community in every way possible,” said Allen.

From HIV testing to feeding the homeless and community outreach through Black Gay Pride events such as the Pure Heat Community Festival, the reach of The Vision Church will not be confined to Atlanta.

“It’s a global movement, said Allen. “It will spread to places where there is no Vision Church, like Iran, Russia, Chile, places where LGBT folk exist and need a space where Jesus can be taught.”