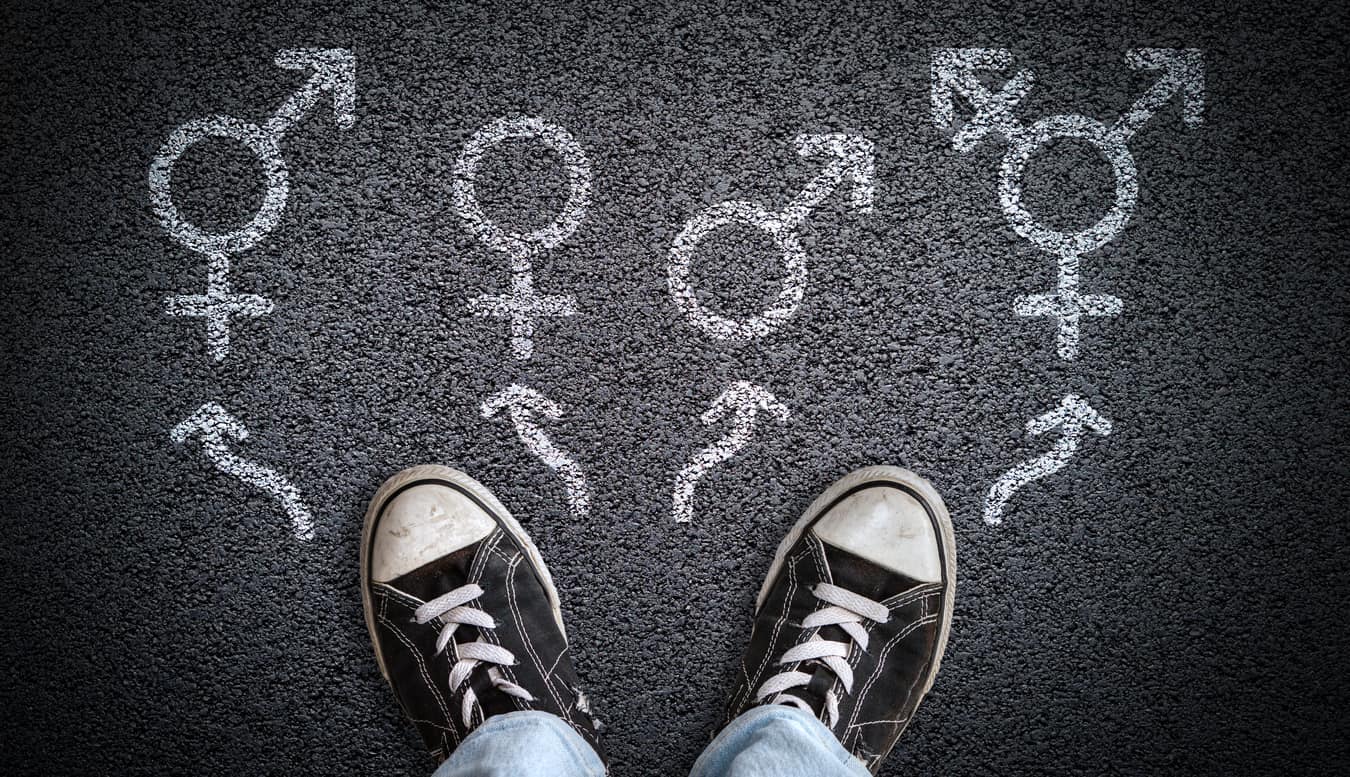 A person standing on asphalt road with gender symbols of male, female, bigender and transgender. Concept of choice or gender confusion or dysphoria.

For decades, society has worked to understand what defines a person’s gender. Many people may be thinking, “You can only be male or female.” You’re right to an extent, but there’s more to gender than meets the physical eye. We’ll break it down for you with the help of our friend, the Genderbread Person. The diagram is intended to be a tool for individuals to understand themselves better, explain their gender to someone else or for individuals not familiar with gender at all.

Gender identity is a person’s private sense of being a man or a woman, biologically as well as socially. The gender identity that most people adhere to is usually unconscious, or forced upon us at an early age; colors like blue or pink are assigned to us at younger ages. When we get older, those identities may fit. However, some individuals sense of self might not match the identity they were assigned. For example, a person was born male may feel differently inside. He may identify as a woman although he still has male reproductive organs. For transgender people, their birth-assigned sex and their internal sense of gender (gender identity) do not match.

The external form of gender identity is known as gender expression. Many people use terms like “masculine,” “feminine,” “androgynous” or express gender-variant behavior. They use their outward appearances to express themselves through clothing, makeup, or haircuts. Typically, transgender individuals match their gender expression with their gender identity. In some cases, they even alter their bodies through gender-affirming surgery align their anatomical sex with their identity and expression.

Our affinity towards another human being based on gender is defined as our sexual orientation. We use terms like gay, bisexual, lesbian or straight, among many other identifiers that delve deep into attraction towards someone’s anatomical sex, expression and/or identity. Romantic attraction is an affinity and love for others through emotional relationships. Some people have both types of attractions while others have none. But in many cases, individuals have a combination of both.

In some cases, individuals may be born with both reproductive organs. It’s relatively common, according to the Intersex Society of North America. About one in 2000 births result in some form of intersex identification.