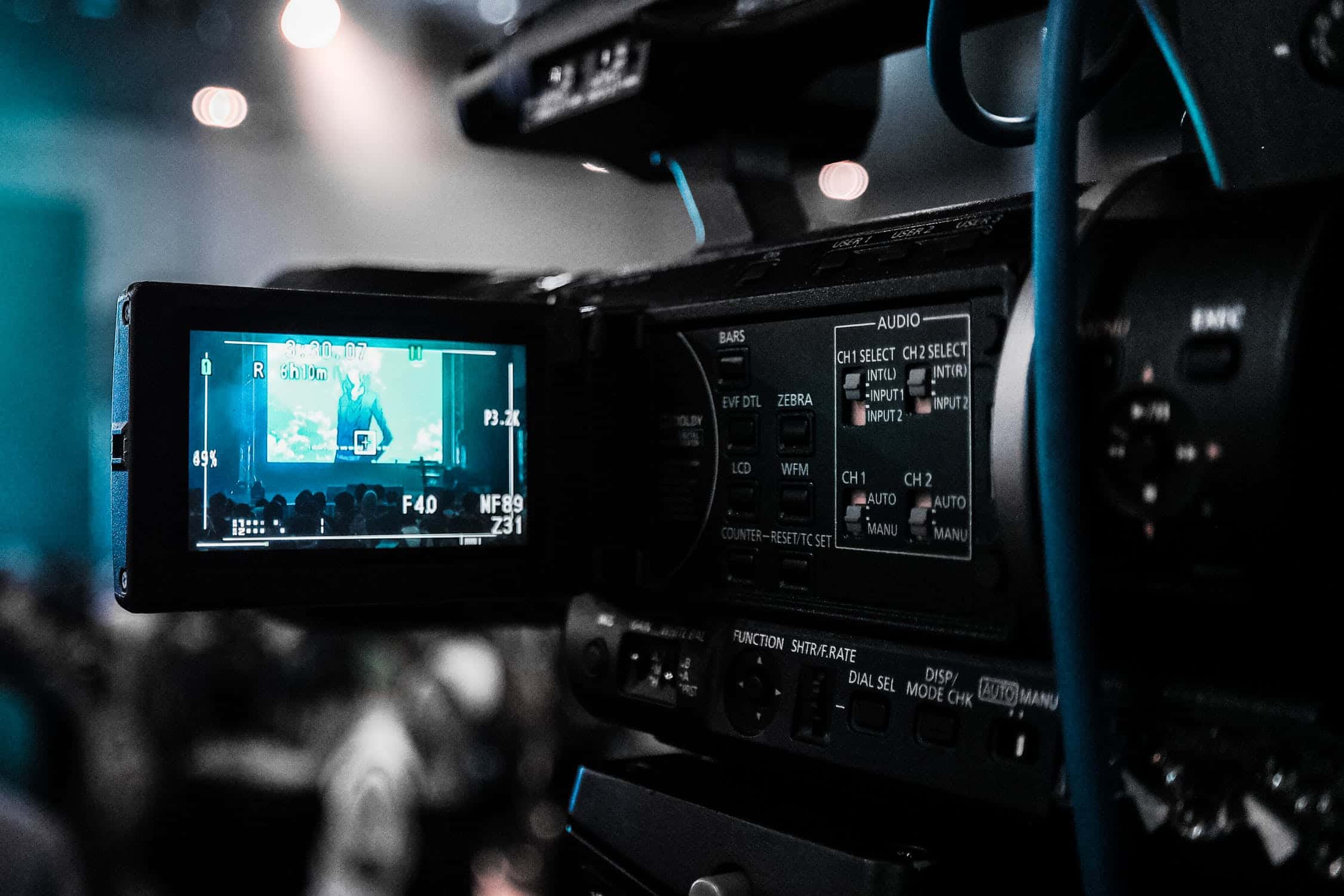 Out On Film Announces 2018 Festival Line-Up

Out On Film, Atlanta’s LGBT film festival, has announced its programming for Out On Film 31, the 31st annual LGBT film festival. The event will take place September 27 – October 7 at Landmark’s Midtown Art Cinema, Out Front Theatre Company and the Plaza Theatre. Festival passes, three-packs and individual tickets are available now.

“This is an amazing year for LGBT cinema,” says Out On Film festival director Jim Farmer. “We aim to grow every year and this is our biggest festival to date in terms of the number of films we are showing and the most diverse slate we’ve ever presented. We celebrate films from around the world and in our own backyard. We are excited to share our programming.”

128 films, documentaries, short films and web series are on tap, as well as a staged reading of a classic play.

The opening night film is the Atlanta-set “When the Beat Drops,” which follows a crew of gay African-American men as they pioneer the Southern-rooted underground dance scene known as “bucking.” Created in the South, “bucking” was born as a response to being shunned from majorette routines, due largely to homophobia. Together with his crew of fellow gay African-American men, Anthony Davis — an Atlanta-born kid with a love of dance — helped grow bucking into a national movement, complete with fierce competitions, and in the process has created a haven for a generation of displaced black gay men.

“‘When the Beat Drops’ is a perfect opening night film for us,” says Jim Farmer, Out On Film’s festival director. “Jamal’s film is exciting, vibrant and inspirational – and it takes place right in the heart of Atlanta.” Director Jamal Sims, producer Jordan Finnegan, star Anthony Davis and many of the film’s cast will be in attendance.

The closing night film will be Ondi Timoner’s “Mapplethorpe,” starring Emmy nominee Matt Smith (“The Crown”) in a superb performance as the legendary gay photographer Robert Mapplethorpe.  “Mapplethorpe” charts his rise to fame in the 1970s to his ultimately death in 1989.  The film also stars Mark Moses, John Benjamin Hickey and Marianne Rendon as Patti Smith.

Other highlights include Rupert Everett’s “The Happy Prince.”  The film, featuring Everett in a career-best performance, charts the last days in the life of Oscar Wilde. The cast also includes Colin Firth. Tom Wilkinson and Emily Watson.

Madeleine Olnek’s Victorian dramedy “Wild Nights With Emily” re-imagines the personal life of 19th century poet Emily Dickinson, played magnificently by Molly Shannon. It destabilizes the widely held perception that she was a reclusive spinster by showcasing her “hidden persona”: a lively and comedic personality who was romantically involved with her best friend/sister-in law.  Andrew Fleming’s “Ideal Home” stars Paul Rudd and Steve Coogan as a bickering gay couple whose life is turned inside out when a ten-year-old boy shows up at their door claiming to be a grandson.

Based on his award-winning short film, Yen Tan’s “1985” is about a closeted young man (an excellent Cory Michael Smith, “Gotham”), returning to his Texas hometown for Christmas during the first wave of the AIDS crisis. The supporting cast includes Virginia Madsen and Michael Chiklis.

In “Snapshots” – directed by Emmy Award winner Melanie Mayron of “Thirtysomething” – a grandmother’s secret past collides with her granddaughters’s secret future and her daughter’s angry present. The film stars Piper Laurie, Brooke Adams and Emily Baldoni.

Marcel Giser’s “Mario” follows a new striker who joins a soccer team and has an unexpected love affair with another teammate, while Jenna Laurenzo’s “Lez Bomb” is an all-star comedy about a closeted young woman who brings her girlfriend home for Thanksgiving.

A special event at this year’s Out On Film will be a staged reading of the classic play “The Laramie Project,” directed by actor/writer and Out On Film alum Chad Darnell, featuring cast members Amy Acker (“The Gifted”), Randy Havens (“Stranger Things”), Jessica Meisel (“The Resident’), Tara Ochs (“Selma”) and Atlanta theatre icons Steve Coulter and Rosemary Newcott. All proceeds will benefit the Matthew Shepard Foundation, in remembrance of the 20th anniversary of Matthew Shepard’s murder.

Several web series will be included in this year’s program, including the acclaimed “After Forever,” starring Atlanta’s Mitchell Anderson, in which a single gay man in his 50’s suddenly has to re-negotiate his life.

Out On Film’s embrace of documentaries continues with the likes of “Man Made,” directed by Atlanta’s T. Cooper, which takes us into the heart of transgender male (FTM) culture, revealing unexpected truths about gender, masculinity, humanity and love. Four trans men take a variety of life paths toward stepping on stage at Trans FitCon, the only all-transgender bodybuilding competition in the world (held in Atlanta). Other extraordinary documentaries include Jeff Kaufman’s “Every Act of Life,” about legendary playwright Terrence McNally, Tiffany Bartok’s “Larger Than Life: the Kevyn Aucoin Story,” about make-up artist Kevyn Aucoin; Gabriel Silverman and Fiona Dawson’s SXSW smash “TransMilitary,” about transgender people serving in the military and their personal and professional struggles; Matt Tyrnauer’s “Studio 54,” about the famed nightclub and the two men who started it; Melissa Haizlip’s “Mr. SOUL!,” about Ellis Haizlip and his groundbreaking TV series “SOUL,” and Caroline Berler’s “Dykes, Camera, Action,” offering up a history of queer cinema from the women who made it happen.

Out On Film hosts its first-ever Horror Night on Friday, October 6 with Colin Minihan’s “What Keeps You Alive,” in which majestic mountains, a still lake and venomous betrayals engulf a female married couple attempting to celebrate a one-year anniversary, and Matt Montgomery’s “Devil’s Path,” in which two men encounter each other on a dangerous gay cruising park trail and quick find themselves caught up in a deadly game of cat and mouse. Following those features will be a series of horror short films

*Local flavor includes “When the Beat Drops,” “Man Made” “After Forever,” Chad Darnell’s staged reading of “The Laramie Project,” Kiki Wilson’s “Introspective – Labels and Discrimination Within the LGBTQ Community,” and Kevin O’Brien’s religious drama “At the End of the World” starring three Atlanta actors, including lead Stephen Shane Martin.  Local filmmaker Cindy Abel will offer exclusive footage of her 2019 documentary “Surviving the Silence” and the Southern Bred Shorts program will focus on Atlanta or former Atlanta directors.

16 shorts programs will be featured in the line-up.

Since its official inception in 1988, Out On Film has grown to become one of the major LGBT film festivals in the country. The organization became independent in 2008 and in 2017 expanded to 11 days.

The festival will be held at Landmark’s Midtown Art Cinema, Out Front Theatre Company and the Plaza Theatre. The host hotel is the W Atlanta – Midtown. Returning this year will be the Out On Film VIP Lounge, sponsored by Apres Diem and Absolut.

Festival passes, three packs and individual tickets are on sale through the website – www.outonfilm.org – on August 27.

Complete screening information will be updated daily on our website – www.outonfilm.org and Facebook page – http://www.facebook.com/outonfilmatl – as well as information on community events scheduled before and during the festival. Out On Film can be reached at (678) 237-7206.

A MOMENT IN THE REEDS
Dir. Mikko Makela, Finland, 108 min.