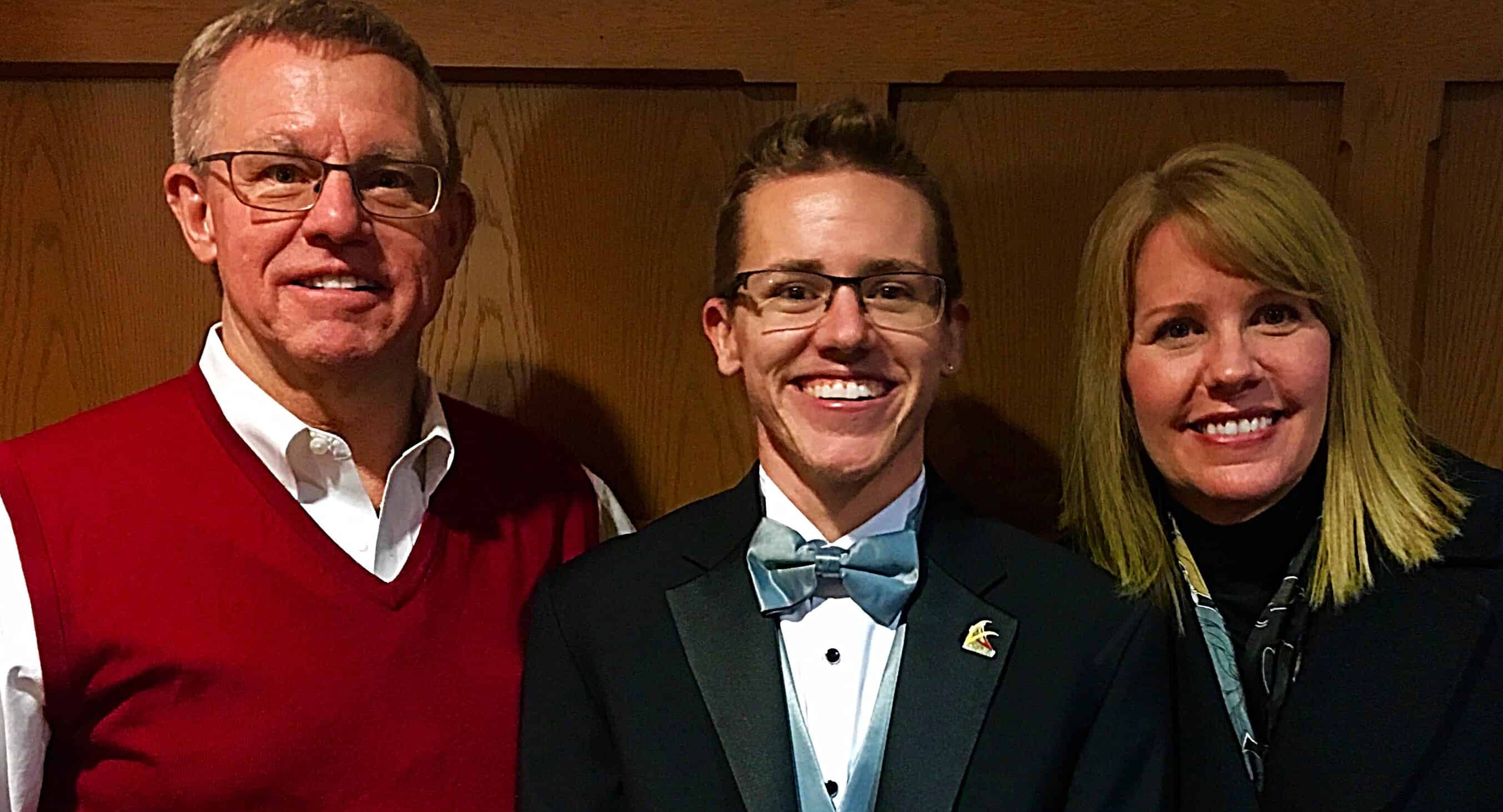 A box of tissues sat between Adam and his mother. She knew the talk was inevitable; it could define how their relationship moved forward. The two were already close. They talked about everything, but this was different. This was a moment that could break their relationship or make it stronger.

“It’s time,” he chuckled, describing the first words out of his mother’s mouth. “And that’s how they forced me to come out.” Ann responded, “I’ve since learned that you don’t do that, but at the time I didn’t know.”

“Why are you doing this?” asked Adam to his mother. “I want you to know that tomorrow, we’re going to be the same as today,” she said.

She was learning who Adam was at the same time Adam was discovering his own identity. Who was Adam? Here’s his former identity in a nutshell: He was born a female, given a female name at birth, and put in pink baby clothes, expected to conform to society’s belief that if you’re born a female, you act like a female. Adams parents believed it and molded their then-daughter as they saw fit, but soon realized society’s molds were made to be broken.

Adam was homeschooled throughout high school with a passion for orchestral music. During his junior year, he began questioning his sexuality. He initially came out as a lesbian during his senior year; months later he started dating his first girlfriend. It’s what led to him coming out to his parents as a lesbian. But there was more to Adams coming out than just this labeled orientation.

“It’s really common for a kid to come out as gay or lesbian on their trans journey. They know they’re queer in some way but haven’t quite necessarily put it all together yet. Unfortunately, parents…,” Ann then paused. “See, here I am talking during Adams time. I’m taking over!”

I did initially ask Adam about his childhood, his upbringing and what not. “How dare you,” he said to his mom with a smile. It’s evident during my phone interview with the two that their relationship is undoubtedly strong. Ann says their bond has indeed never weakened; it’s fortified with open communication and an abundance of love for each other. It made for a smoother transition as the self-identified lesbian would take a step closer to his truth.

“Friends nicknamed me Adam as a joke, teasing me in a funny way. I quickly figured out that I liked it,” he said. “I had a bunch of ‘oh crap’ moments that came with that. Mom and I had been talking more extensively through this time. She was with me through a lot of my experimentation.”

It was time Adam shared his transitioning journey with his dad. “Well, I don’t like that very much” his father responded. Adam cried; his dad cried. It was an emotionally confusing time for them all, but Ann, who started going to PFLAG meetings days after Adam came out as lesbian, guided her husband to do the same.

His dad’s acceptance evolved rather quickly. Within a year of Adams transition, Mr. Miller was attending PFLAG meetings regularly and even marched in Atlanta’s Pride parade with the PFLAG chapter.

Adam’s mom is now the president of two PFLAG groups in the Atlanta area. She looks back at the mistakes she made unknowingly and uses her story to help guide other parents struggling to navigate their child’s identity.

“Adam was still worried about coming out to us,” she said. Adam admitted he wanted to but remembered hearing stories of teens being disowned, kicked out of their homes because they were gay.

“I would love him no matter what. But he didn’t know it extended to LGBTQ,” she said. “I would have spelled it out more specifically.”

Ann and her husband agreed they needed to get on board with his transition and deal with their personal feelings on their own time. Adam’s mental health was their priority.

“That’s something that I encourage other parents to do, is not to deny their own feelings, but you do not let your child see them. You deal with your feelings on the side, but you get on board with your child’s feelings right away,” she said.

Adam considers himself very lucky and grateful. He calls it the luck of the draw, being born with incredibly supportive and loving parents. He’s 22-years-young, living his life as the man he always believed he could be. Sitting next to one of his biggest supporters, Adam knows his life is what it is today because of his parents’ courage to open their minds and their hearts to supporting their son’s unique journey.

“You know I’ll love you if you’re gay or if you’re transgender. You are safe here. You will always be loved here,” Adam’s mom said smiling.

To find a local PFLAG chapter near you, visit pflag.org.