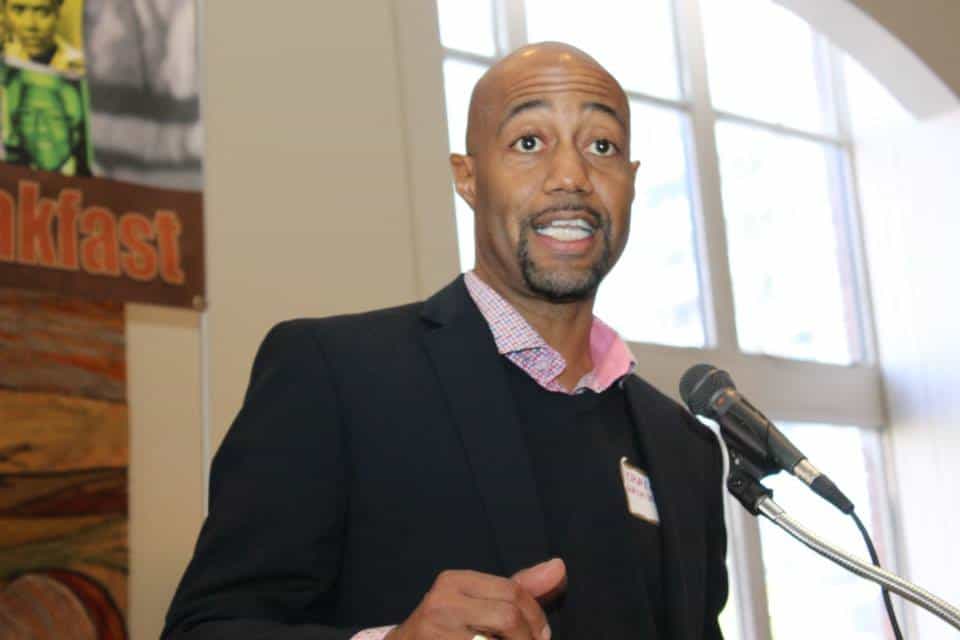 Every year, in observance of World AIDS Day, journalists, health departments, clinics and AIDS service organizations are cued to spew loads of HIV statistics and trends. As the hardest hit community, black gay, bisexual and other queer men are usually prominently featured as the lead story within these stories. Black heterosexual women and white gay men are similarly highlighted, yet mainstream media covers both with far more complexity and topic diversity. Though disproportionately HIV burdened, they are not relegated to the margins of HIV crisis coverage as we are. Others are generally acknowledged in terms of individual achievement, social identity, cultural and political activity. In essence, they are treated as communities while black gay men are mostly profiled as populations. Our culture and our histories, the elements and rituals that bind us are ignored or stripped of fuller meanings. Transgender women, Latino, Asian and Native American queer men are even less acknowledged.

Outside of World AIDS Day, National HIV testing day, major HIV research press releases, and an occasional expose about an HIV poz predator not disclosing status to women, black gay men receive an incredibly small bandwidth of attention. This is not only a matter of volume or range, as even the content of the HIV-related accounts often lack depth and originality. Instead the public is fed a recycled story pitch restating that HIV infection rates among black gay men are extremely high, prevention efforts have failed, younger men did not witness the death and devastation marking the early years and are thus less motivated to use condoms, and testing and linkage to care must be increased. While most of these points are irrefutable, they are simplistic as they lack context and fail to address other related truths. Alarmist versions are sometimes spiked by what my friends dismiss as “poverty porn,” an exploitative association of the economically poor with perceived dysfunction, i.e., profiles of HIV-negative gay men lacking resources who welcome HIV diagnosis as a qualification for services received by their HIV-positive peers. Widely publicized books and films about AIDS usually relegate black gay men’s roles to footnotes, subplots, and cutting rooms.

What emerges is a definitive narrative depicting black gay men, especially young men, as irresponsible victims and/or vectors who should be addressed by escalated clinical responses—testing, PrEP (Pre-Exposure Prophylaxis), and linkage to care to achieve greater community viral suppression. This trope, both seductive and reductive, justifies a narrow investment in individualized medical strategies to the exclusion of more comprehensive community-oriented ones. We are less likely to prioritize substantive community engagement if we do not recognize that a community exists. It also acts in collusion with the racism, homophobia and misogyny driving the use of HIV criminalization as a defensible practice of public health and criminal justice.

To achieve critical HIV prevention outcomes, we must invest beyond traditional HIV prevention inputs and support the broader redevelopment of black gay men’s communities. More research can be directed outside of HIV-specific contexts such as black queer men’s mental health, gender and race identity formation, social network and family support systems. ASOs can prioritize collaborations with smaller community groups to yield more than testing numbers and expand leadership development and intergenerational connections. Coalitions among advocates, fundraising and marketing specialists can cultivate “consumers” to operate as active constituents. Such constituencies can augment the advocacy work needed for policy work and structural intervention.

We must also expand the range, deepen the scope of articles, editorials, blogs, films, books, plays and other cultural products that depict black gay, bisexual and other queer men. Atlanta serves as the hub for the CDC, CNN, several black, LGBT, and other progressive newspapers (Atlanta Voice, GA Voice, Creative Loafing), blogs and radio stations such as WRFG, as well as theaters such as The Alliance and the Theatrical Outlet that have presented black LGBT productions. These venues can be proactively engaged in order to ensure that our activities and our stories are told with more frequency and accuracy. We can inform them about key successes of Evolution Project, AID Atlanta’s program for young black gay men and transgender individuals, the Intimacy and Colour series for black gay men, the groundbreaking advocacy mounted by the Atlanta Coalition for LGBT Youth (ACFLY), and the community rekindling sparked by the Counter Narrative Project.

There are local black gay media institutions that need black gay men’s support as contributors, volunteers, advertisers and audiences. Meak Productions’ History of Black Gay America celebrates historical and current black LGBT communities. Urban Socialites is an online magazine features events, fashion and social issues. Let us make more use of these valuable resources and secure their growth. There are precious oral histories left unrecorded that are still accessible but as we pass on so do they. We can work within and outside of black gay men’s networks to capture and disseminate fairer depictions of who we are and document our history as we make it.

Our lives and our accomplishments must not be confined to a health epidemic chronicle perpetuated by crisis alerts. When I founded the HIV prevention program known as Deeper Love at AID Atlanta in 1997, I knew then what I still hold as indisputable. To eradicate HIV or at least its damaging effects, we need to operate beyond the specific objectives of HIV prevention. I named the program for the very goal to which it aspired and the values that would inspire its movement. In 2015, we will convene all the coordinators who led Deeper Love to honor its wider significance as a space of learning and affirmation and as a training ground for several of our most respected community leaders. We will gather because as a lineage we appreciate black LGBT communities as much more than sites for outreach and recruitment. We want to make sure we get the stories right.

Craig Washington serves as a Prevention Programs Manager for gay men’s HIV prevention programs at AID Atlanta. He has been HIV+ for 29 years.