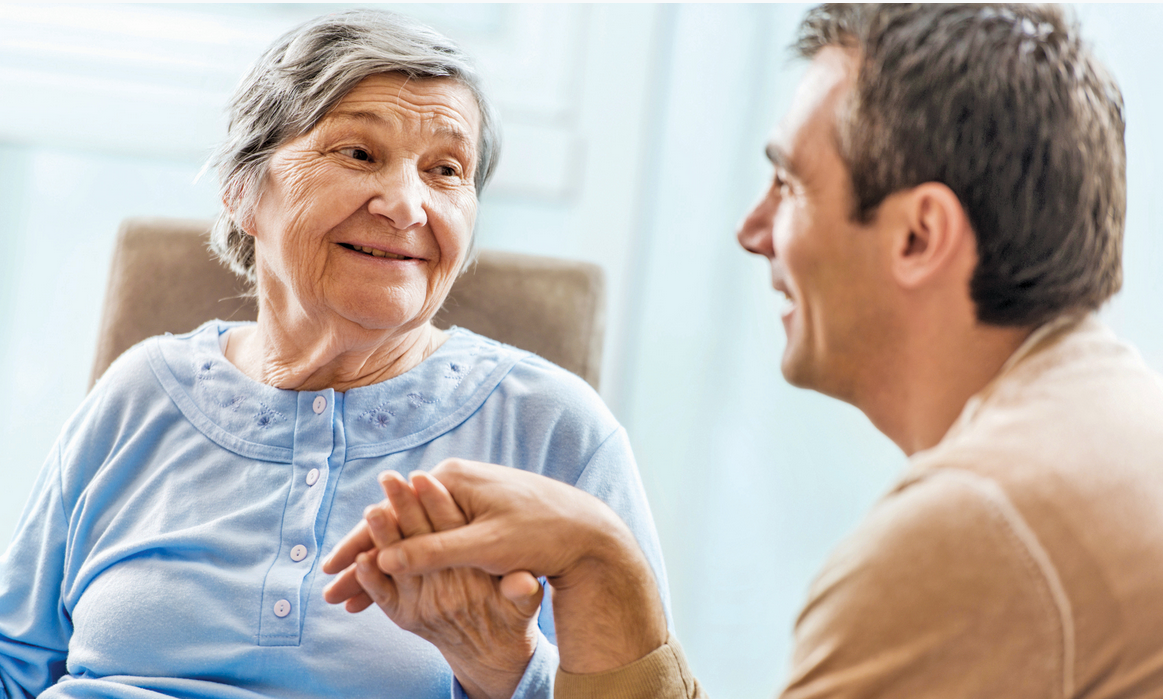 Katie Burkholder
Health
July 20, 2018
“Your mother has dementia,” the doctor tells you somberly. Your heart drops to your stomach, but you’re already planning. Of course, you’ll be the one to take care of her. “I’ll just take her into my home. That will be easiest and most financially sound,” you think to yourself, when you remember: You live with your partner… and you haven’t even come out to her yet.
***
For each of the 30 million people suffering from dementia worldwide, a support system exists behind them: caretakers, the invisible second patients, the people who put their lives on hold to care for a loved one who is losing themselves to disease. These caretakers experience their own suffering at the hands of Alzheimer’s — not only the emotional toll of losing a loved one, but the financial burden, social isolation, and physical malady. The effects are, in truth, generally negative.
In this tough but crucial world of caregiving, there is a special minority, a group of caregivers with unique struggles, struggles that aren’t being addressed — the LGBTQ community. I spoke to Dr. Whitney Wharton, a clinical investigator and cognitive neuroscientist at Emory University who studies people at risk for Alzheimer’s but are currently cognitively normal, in hopes of preventing it.
“There’s a big push this year for the LGBTQ community to be recognized as a special population of caregivers caring for their parents and spouses who are suffering from Alzheimer’s,” she says, as she shares her findings on this unique community with me.
As members of the LGBTQ community, we have a higher likelihood of becoming a caregiver for someone we know and love, she explains. “Compared to our heterosexual siblings, we are more likely to be caregivers, especially for our parents,” for reasons such as the lower likelihood of having children, the higher likelihood of living alone, and, for gay white men particularly, having more available income.
Dr. Wharton describes the issues that arise when a member of our community takes a family member into their home to care for them. The need to care for a family member can force the caretaker to come out when they’re not ready, potentially causing a strain on the relationship and the caretaker’s emotional stability. This is a problem especially among the older generation, who are more likely to feign heterosexuality out of fear of discrimination or exclusion.
Not only do LGBTQ people care for their biological families, but their families of choice as well.
“We tend to form close-knit families within our communities who we’re probably caring for. We can have responsibilities that aren’t represented in the traditional family dynamic,” says Dr. Wharton. The LGBTQ community is faced with a multitude of opportunities to be a caregiver, and that responsibility has unique effects.
“On average, we drink more, smoke more, and have a higher incidence of social isolationism and depression [than our heterosexual counterparts],” she says, attributing these to the stresses of being LGBTQ, being isolated from family, or living alone. Lesbian women also have higher average BMI and incidence of hormone-related issues like polycyclic ovarian syndrome than straight women. “There’s definitely more stress put on the LGBTQ community,” says Dr. Wharton — stress that can translate into physiological issues like hypertension and inflammation, stress that is amplified by being a caregiver.
Race is also an important factor of stress to consider, as LGBTQ African Americans face obstacles pertaining to not only sexuality and gender identity, but race as well. The income disparity between races, with black people living in lower-class neighborhoods on average, means the heavy financial burden of caregiving can be heavier.
Many more struggles for gay caregivers exist: prejudice from healthcare professionals, lack of social and emotional support, opposition from employers when taking compassionate leave, among other items of note.
So, what’s the solution? Dr. Wharton stresses the need “to work together to navigate the healthcare, legal, and education system to educate the public on the unique needs of the aging LGBTQ community as well as what caregivers are going through to ensure the best care be given to both the patients and the caregivers.”
She also encourages caregivers in the community to become involved in research, so they can better understand the specific healthcare needs of LGBTQ caregivers. If you’re an LGBTQ caregiver interested in being involved, email Dr. Wharton at w.wharton@emory.edu for more information.
For caregivers looking for support, the next LGBTQ AD Caregiver Support Group meeting is on August 14 at the Virginia-Highland Church from 7–8pm. You can visit the Alzheimer’s Association, Georgia Chapter’s Facebook page for more info.
Learn more about LGBTQ caregiving at Caregiver.org/Legal-Issues-LGBT-Caregivers.