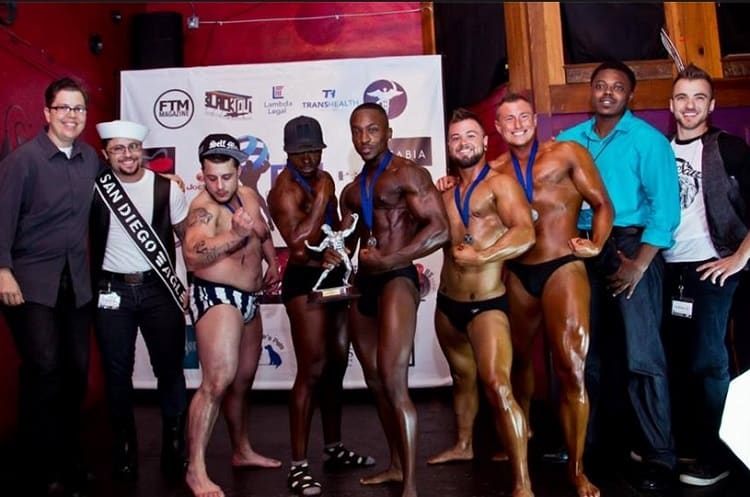 The event is the brainchild of Neo Sandja, a trans man who started an FTM Fitness Facebook group in 2012 to help him and his trans friends hold each other accountable with their fitness goals. Within weeks it had hundreds of members, which led Sandja to create a blog, and soon he was receiving emails from trans people around the world who were having dysphoria in the gym or who wanted to compete in professional bodybuilding competitions but were afraid of being rejected because of their gender identity.

“There are a lot of people in the fitness industry that are uneducated about how if a trans man is taking testosterone…it does not make them stronger than a cisgender male,” Sandja tells Georgia Voice. “This is where the hypocrisy comes in. When it’s a trans man competing in a cisgender male competition, they say, ‘Well it’s cheating because he’s taking testosterone,’ but then when it’s a trans woman who is taking estrogen who is competing with women, they say, ‘Well she’s cheating because she’s stronger because she used to be a man.’ So it’s like, which is it?”

“It’s important to have this kind of conference because first, even if someone as the fitness industry gets more and more educated, it’s easier for someone to come here and get to know other athletes like them and see other like-minded people and also learn specific skills, like working on your body specifically to your own transition, how to eat right for your own body, and then from that you are more comfortable working out in your local gym, you’re more comfortable trying a sports team,” Sandja says.

And while the name of the conference says “FTM,” Sandja says that due to the response he’s heard from transgender women, he’s added more inclusive events as part of the weekend, and by next year there will be a separate bodybuilding competition for them as well.