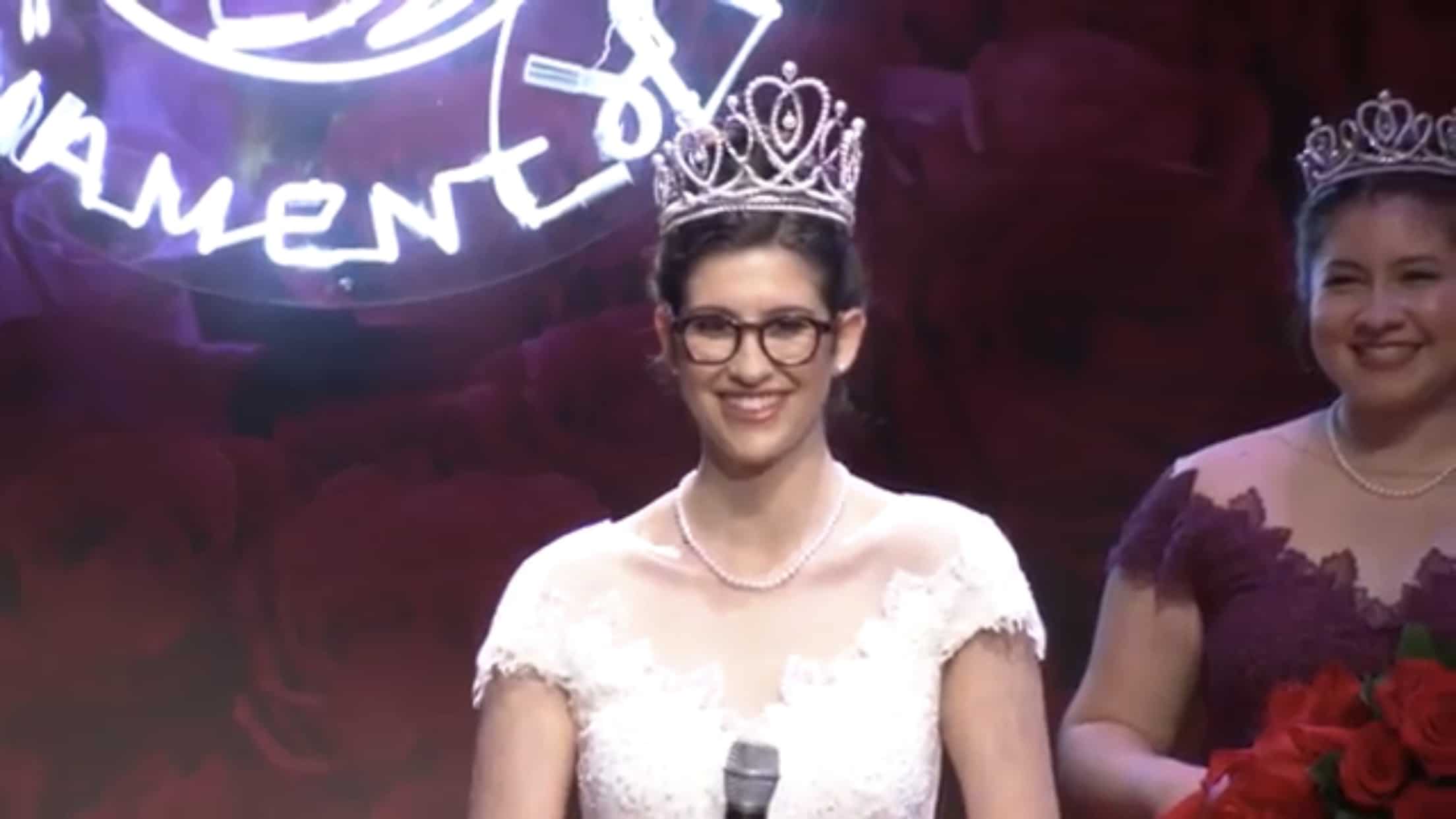 The San Marino high school is bisexual, as she revealed in her piece for the Los Angeles Times.

“I never considered my sexual orientation might be of interest to anyone but my family and my closest friends,” she wrote. “But in this new, very public position, I feel it’s important to present myself authentically, especially to those who look to the Royal Court as a representation of our community.”

Sisker is also Jewish and bespectacled; both firsts for the Rose Queen position as well. She’s a member of her school’s debate team and the YMCA Youth and Government program. Siskel is also a budding young scientist: she has done research on breast cancer and space exploration.

“What was important to me throughout the interview process was that I was completely transparent about who I was, about the things I value, and about the things that I advocate for,” she told the Pasadena Star-News.

What does she advocate for? For everyone “to stay engaged and active within your community, advocate and fight for the things you believe in, regardless of whether other people respond or care about those things in the way you do.”

“I think it can be easy to get discouraged when people don’t share the same passion for your values or for the things that you care about,” she told the Star-News. “But I hope that people continue to fight for the things that are important to them, regardless of the support they see from others.”

The new Rose Queen has received tons of support on social media.

According to her Tournament of Roses bio, Sisker plans to study cellular and molecular biology at either John Hopkins University, the University of Chicago, or Yale University.

According to the Los Angeles Blade, the Tournament of Roses Parade has the most viewers of any televised parade. The parade has a pro-LGBTQ history; in 2014, a same-sex marriage was performed atop one of the floats.