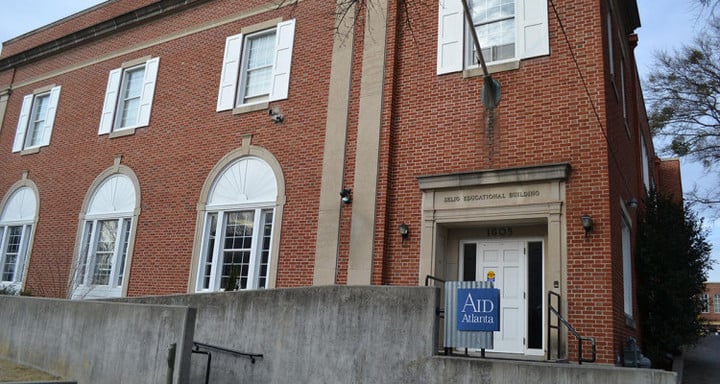 Nonprofit AID Atlanta clapped back at the Centers for Disease Control and Prevention on May 11, filing a lawsuit after CDC pulled the plug on funding its HIV prevention programs earlier this year.

Nicole Roebuck, executive director for AID Atlanta, said in a news release they were “quite frankly perplexed” by the CDC’s actions.

“AID Atlanta acted as a trusted and highly regarded partner with the CDC under a six-year agreement, operating HIV prevention projects targeting young men of color who have sex with men,” Roebuck said in a news release. “At no time during this period has the CDC expressed any concerns or criticisms of AID Atlanta’s HIV prevention programs or its abilities to manage such programs and federal resources.”

The lawsuit files motions for damages and injunctive relief against the CDC and wants the court to overturn the agency’s decision to deny its grant awards, according to the Atlanta Journal-Constitution. The lawsuit asserts the CDC “mismanaged a critical funding opportunity and impermissibly denied funding to a long-standing partner fighting HIV/AIDS.”

Roebuck said the group has been awarded long-term funding for HIV testing, education and prevention at least five times since 2004. According to the AJC, the funding would have allowed AID Atlanta to continue its community-based programs that focus on HIV prevention and testing among black gay and bisexual men ages 18 to 28. When funding was halted, AID Atlanta immediately stopped its Evolution Project program that aided this target population, and laid off four staff members.

Imara Canady, spokesman for AID Atlanta, told the AJC that the metro area already felt the absence of this prevention program.

“We are hopeful that the CDC will hear the rally cry of the community, and reconsider its decision to provide the much-needed funding to all those organizations,” Canady said.

AJC reported that in April, CDC spokesman Paul Fulton said groups like AID Atlanta “have been vital to the nation’s HIV prevention efforts,” and that the CDC valued its partnerships with them. However, limited CDC funding meant the agency had to make “tough choices” on what groups to fund.

AID Atlanta submitted an application to receive “high impact HIV prevention funds” to replace an existing CDC grant scheduled to end on March 31. The organization was denied renewal of that prevention and testing services contract, the AJC reported.

In the news release, AID Atlanta executives said the CDC “acted in an arbitrary, capricious and illegal manner when it refused to renew” the organization’s funding contract, which “will result in thousands of fewer HIV test being performed in Atlanta and that will only worsen an ongoing public health crisis among minorities in that community.”

“We will vigorously advocate to restore this funding to AID Atlanta in order to continue to provide these critical services to the clients and patients AID Atlanta serves,” Roebuck said.