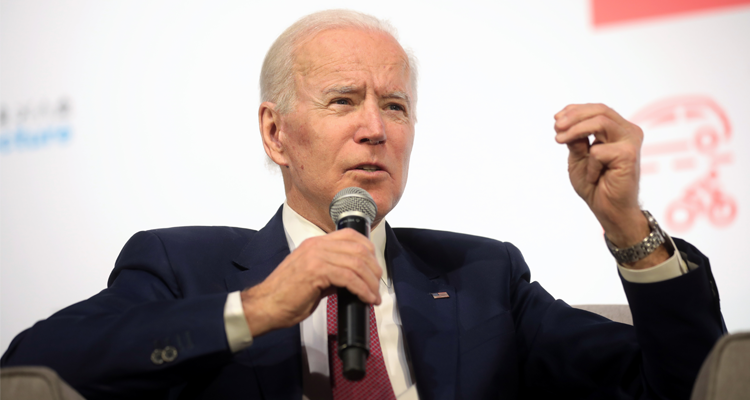 Am I Getting Another Stimulus Check?

The COVID-19 pandemic has had horrific economic ramifications, with unemployment rates reaching heights not seen since the Great Depression. Income inequalities have been highlighted and exacerbated. As families of modest economic means have struggled to put food on the table and 10 million Americans still experience unemployment, America’s 614 billionaires have grown their net worth by a collective $931 billion.

The U.S. government addressed this economic crisis by issuing a grand total of two stimulus payments in 2020: one in early April and the other in late December. April’s payment was for up to $1,200 per person, plus $500 for each child. December’s was for up to $600 per person, plus $600 per child. For those keeping track at home, this means an eligible two-parent, two-child household was paid a whopping $5,800 to make up for a year of economic turmoil.

Things may be looking up with the new administration, however. President Joe Biden has proposed a huge $1.9 trillion COVID-19 relief plan that has started to make its way through the House of Representatives.

The plan includes a third round of stimulus checks, this time for $1,400. This money will only be paid to the millions of individuals who make $75,000 or less and couples who make $150,000 or less. The proposal also includes $400 weekly federal unemployment benefits through August, assistance to state and local governments, and $160 billion in vaccine distribution and virus testing.

The next stimulus bill would also expand the Child Tax Credit (CTC) and the Earned Income Tax Credit (EITC). These programs, along with the $1,400 check, would provide a 33 percent boost — or $2,590 — to the pre-tax incomes of the poorest fifth of Americans, according to the Institute on Taxation and Economic Policy. The middle 20 percent of households would see a similar boost of $3,370. With the expansion of the CTC ($3,600 for children up to 6 years old and $3,000 for children up to age 17), the Center on Budget and Policy Priorities estimates that an additional 4.1 million children will be lifted out of poverty. The EITC extension also raises the maximum tax credit for childless adults from $350 to $1,500 and boosts the income cap from $16,000 to $21,000.

The Ways and Means Committee recently approved its $940 billion chunk of the proposal with a 25–18 vote, sending it to the House Budget Committee, which will compile the bills into one piece of legislation. The House is expected to vote on the package the week of February 22.

House Speaker Nancy Pelosi said legislators hope to have it done by the end of February and on Biden’s desk “in time to offset the March 14 deadline where some unemployment benefits will expire.”

2020 was a year unlike any other, so expect your taxes to look a lot different. You won’t have to pay income tax on the stimulus checks you received, and if for whatever reason you didn’t receive a stimulus — or the full amount — despite being eligible, you can still get the money by claiming a “rebate recovery” credit on your 2020 tax return.

You can also claim more money from 2020’s stimulus packages if you added a dependent in 2020 through birth or adoption. If you had more dependents than in previous years, you can claim the extra amounts when filing your taxes. The calculations for all missed stimulus funds are made on the Recovery Rebate Credit Worksheet.

If you were unemployed in 2020, though, you will have to pay taxes on that money (you won’t, however, have to pay Medicare and Social Security taxes on unemployment benefits like you would paycheck income). If you didn’t choose to have taxes deducted from your unemployment checks, you may end up with a smaller refund or money due to the IRS.

You will receive a form, 1099-G, detailing how much you made on unemployment and if any taxes were withheld. You will enter this information on your tax return. You can access your IRS Form 1099-G for unemployment payments for current and previous tax years at dol.state.ga.us/public/uiben/customer/login.