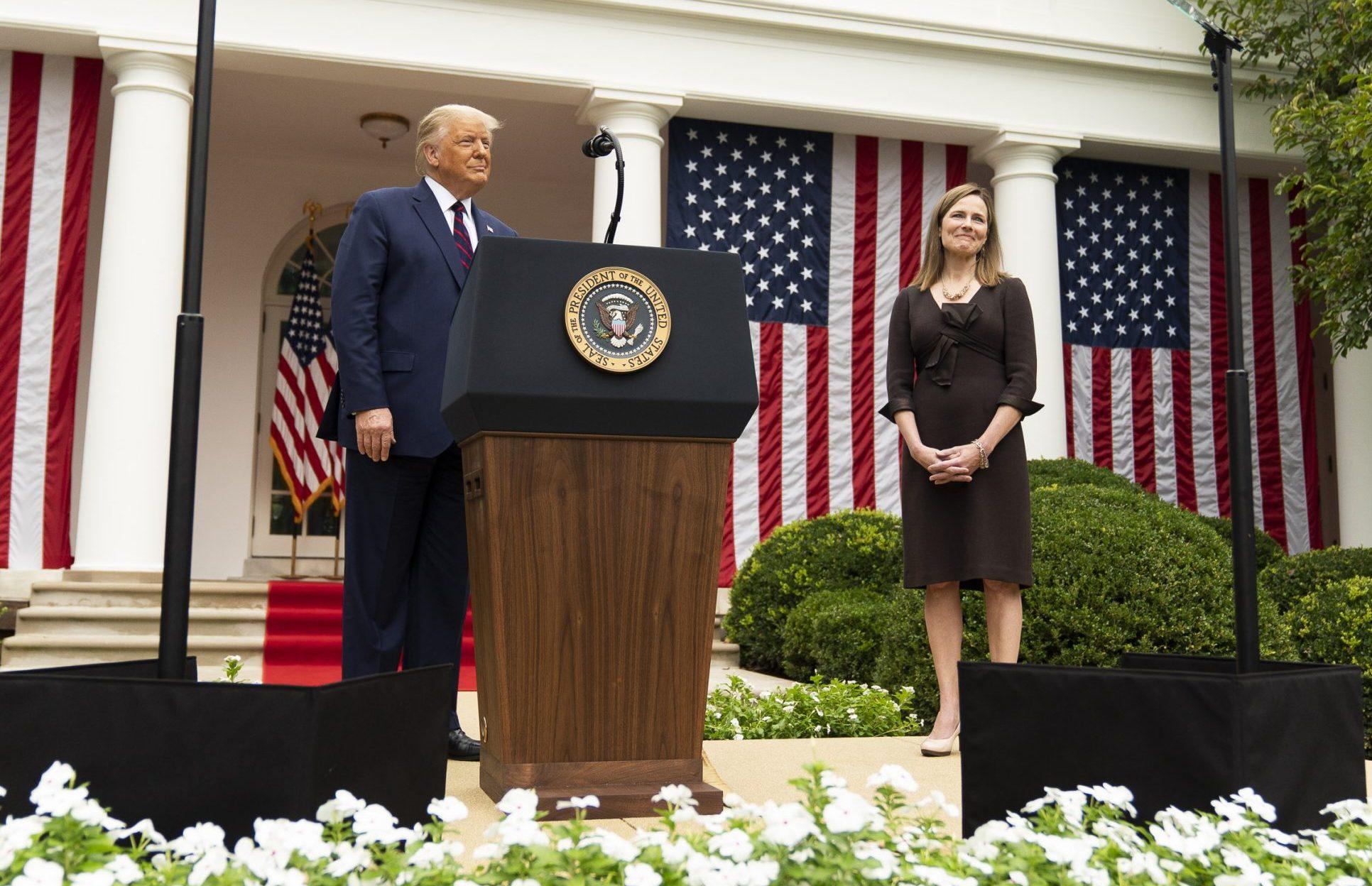 Amy Coney Barrett Was a Trustee at Anti-LGBTQ Christian School

A new report from AP reveals that Amy Coney Barrett, who is President Donald Trump’s nomination to replace the late Justice Ruth Bader Ginsburg on the Supreme Court, was a trustee at a school with anti-LGBTQ policies.

Barrett served on the board of trustees for Trinity Schools Inc. from 2015 to 2017, which oversees three private Christian schools in Indiana, Minnesota, and Virginia. Official documents from the schools attack LGBTQ people, and former students and employees say the school environment was anti-LGBTQ.

The handbook of the Indiana campus advocates for conversion therapy.

“At this age, some students may also experience same-sex attraction,” the parent handbook reads. “We believe that it is unwise, however, for teens to prematurely interpret any particular emotional experience as identity-defining. We believe that such self-identification at a young age can lead to students being labeled based solely upon sexuality, generate distraction, create confusion, and prevent students from experiencing true freedom within the culture of the school.”

A 2018-19 enrollment agreement also says “the only proper place for human sexual activity is marriage, where marriage is a legal and committed relationship between one man and one woman,” adding that “homosexual acts” oppose the school’s core beliefs.

More than two dozen sources also told AP that the schools’ teachings consistently framed homosexuality as an abomination against god and marriage as a relationship only between a man and a woman.

Tom Henry, who was a senior at the Minnesota Trinity School in 2017, told AP that when he was a student ambassador, he was asked by a lesbian parent if the school would accept her child, so he took the question to then-Principal Jon Balsbaugh.

“He looked me right in the eye and said, ‘The next time that happens, tell them they would not be welcome here,’” Henry said. “And he said to me that trans families, gay families, gay students, [and] trans students would not feel welcome at Trinity Schools.”

After that conversation, Henry—who is gay—said he resigned from the student ambassadors program.

Other sources told AP that leadership at Trinity explicitly communicated anti-LGBTQ policies and positions in meetings, conversations, enrollment and employment agreements, handbooks and official policies, including those in place while Barrett acted an active member of the board of trustees.

“[AP’s] bombshell story shows yet again that LGBTQ rights—our marriages, our families, our health care, and our youth—are at risk with Amy Coney Barrett’s nomination,” HRC President Alphonso David tweeted. “There is no room for hate or discrimination on the Supreme Court.”

HRC recently released a report on Barrett’s LGBTQ record and her mentee relationship with the infamously anti-LGBTQ Justice Antonin Scalia.