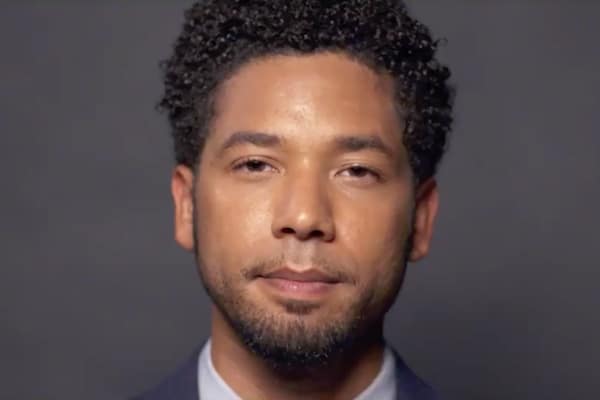 Brothers Olabinjo and Abimbola Osundairo were arrested last week because of “probable cause that they may have been involved in an alleged crime.” Both men reportedly have a relationship with Smollett, as they both worked on Empire in some capacity.

Until Friday (Febrary 15), the brothers were treated as “persons of interest,” but by that afternoon, they had been released and police said new evidence “shifted the trajectory of the investigation,” reported Vox.

This evidence may be a number of unnamed sources claiming to multiple news outlets that Smollett was somehow involved.

Two anonymous sources with “intimate knowledge of the investigation” told ABC7 that police were investigating whether the attack was staged because Smollett was allegedly being written off Empire. Police spokesperson Anthony Guglielmi tweeted on Thursday (February 14) that reports of a hoax were unconfirmed by detectives.

Media reports anout the Empire incident being a hoax are unconfirmed by case detectives. Supt Eddie Johnson has contacted @ABC7Chicago to state on the record that we have no evidence to support their reporting and their supposed CPD sources are uninformed and inaccurate. pic.twitter.com/iSO5YFv452

However, national outlets started to back up local reports since Thursday. An unnamed source told CBS News that the two brothers told police they were paid off by Smollett. CBS News later reported that anonymous sources said Smollett was upset he didn’t get a “bigger reaction” from a threatening and racist letter allegedly sent to him, so he staged the attack.

Smollett told Robin Roberts of Good Morning America that was he “pissed off” people were doubting his story.

.@JussieSmollett to @RobinRoberts on attack: "I will never be the man that this did not happen to. I am forever changed…I do subscribe to the idea that we have the right & responsibility to make something meaningful out of the things that happen to us." https://t.co/3HbyU2SFxe pic.twitter.com/QPeSISqOXf

Police have reportedly stopped referring to Smollett as a suspect and instead as “the individual who reported the incident.”

These hoax speculations have resulted in some backlash from the public. According to TMZ, conservative street artist Sabo put up at least two posters in Los Angeles depicting Smollett in racist parody posters of BlacKKKlansman and Black Panther. 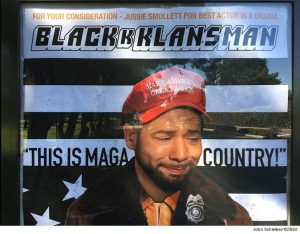 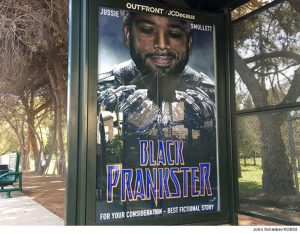 Conservative CNN commentator S.E. Cupp criticized Trump supporters’ “giddiness” at the potential of the attack being a hoax.

The giddiness among Trumpsters over the Smollett news is gross. This story is awful. He allegedly abused police resources, exploited raw divisions in this country, and made it harder for every victim of a hate crime to report. This is sad no matter your politics.

Smollett’s defense attorneys Todd S. Pugh and Victor P. Henderson released a statement saying Smollett is being “further victimized by claims… that Jussie played a role in his own attack.”

“Nothing is further from the truth,” the statement continued, “and anyone claiming otherwise is lying.”