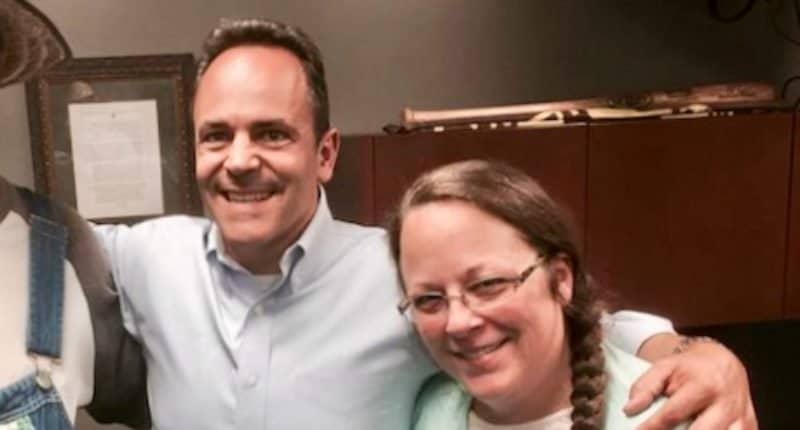 Kim Davis, the infamous Kentucky county clerk who was jailed in 2015 for refusing to issue marriage licenses to same-sex couples, could be paying $225,000 in legal bills, reported the Lexington Herald Leader.

Citing “conduct that violates civil rights,” lawyers for Kentucky Governor Matt Bevin said Davis should be held responsible for the legal fees and court costs incurred by the couples who sued her in 2015 – totaling about $225,000.

Davis refused to issue marriage licenses to same-sex couples after same-sex marriage was legalized, claiming she was acting on “God’s authority.” A judge ordered her to issue the licenses after five couples sued her, but she refused to comply. She was sentenced to jail but was released after five days.

Davis returned to her elected position but was voted out of office in last year’s midterm elections.

The Republican Governor himself has praised Davis, calling her an “inspiration… to the children of America.” His attorneys, however, say the ex-clerk failed to do her job.

“Her local policy stood in direct conflict with her statutory obligation to issue marriage licenses to qualified Kentucky couples,” attorney Palmer G. Vance wrote in one brief. “Davis had an independent and sworn duty to uphold the law as an elected county officer.”

The U.S. 6th Circuit Court of Appeals in Cincinnati will hear arguments about who should bear the case’s expenses.