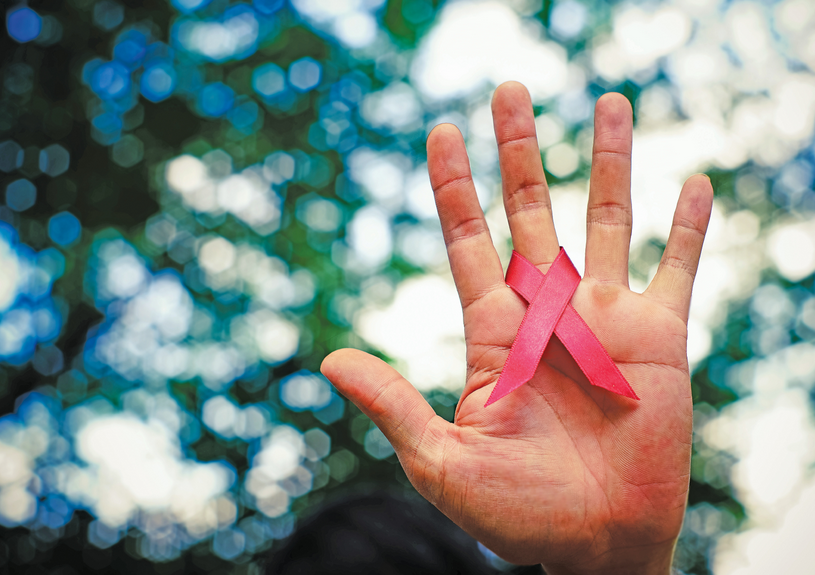 Who doesn’t hate taking pills? Some of us can’t swallow them, others avoid them because they symbolize “illness” or because of disclosure risk, and taking them consistently — even just one pill once a day — can be a pain. Yet people living with HIV know that their daily anti-HIV regimen keeps them alive and healthy, and prevents them from passing HIV to others.

However, it takes high adherence to keep the virus undetectable.
Most recently, buzz has grown about bNAbs — broadly neutralizing antibodies — to prevent or treat HIV. So what exactly is a bNAb? Antibodies are proteins made by our immune system (B-cells, to be specific) to fight off invaders, including infections. A broadly neutralizing HIV antibody attacks many HIV strains with different genetic signatures. Scientists first identified bNAbs in the blood of people living with HIV in the 1990s. These antibodies stopped HIV in the lab, but unfortunately bNAbs developed too slowly in the body to prevent infection after exposure or control the virus after infection. But what if we could dump lots of bNAbs into the body at one time? Could they then successfully attack HIV?
Prevention and treatment studies are underway, after it was revealed that we can mass-produce bNAbs in the laboratory to answer these questions. Two small studies recently showed tantalizing results when two bNAbs were given together for treatment. Nine people with undetectable HIV received three doses of the bNAbs 3BNC117 and 10-1074, then stopped their oral HIV meds. The combination kept HIV suppressed for at least 15 weeks in all participants, some for more than 30 weeks. Another study in persons with detectable viral loads showed that the same antibodies could suppress the virus to undetectable levels for over three months in four of seven participants. These are early “proof of concept” studies.
A new treatment study is now beginning in Atlanta using a bNAb (3BNC117) and an investigational fusion inhibitor (albuvirtide) to see if the combination can keep the virus undetectable without pills. Albuvirtide is approved in China as a once-weekly injection in combination with other HIV drugs, but it has never before been studied in the US. In this study, which opens at the AIDS Research Consortium of Atlanta (ARCA) this week, individuals with an undetectable viral load will either stay on their current therapy or take 3BNC117 and albuvirtide by vein (IV) every two or four weeks. The three-part study will last 16 weeks for Parts 1 and 2, and 28 weeks for Part 3.
ARCA is one of only eight sites in the country to conduct this new study, and the only site in Georgia. Compensation is provided ($50 for non-infusion visits, $150 for infusion visits, $200 for each for two long days to check drug levels). To learn more, contact ARCA at 404-876-2317 x 0 or ARCA@arcatlanta.org.
In just 30 years, HIV infection has become a manageable condition with daily medications and people can now live with HIV for a near-normal lifespan. No one should progress to AIDS, much less die of it, in 2018. We cannot talk about success without saying that we are far from ending the HIV epidemic, especially in Atlanta. We have a long way to go to ensure that every single person living with HIV gets diagnosed early and offered continuous treatment. And although we know how to prevent HIV, people who need access to PrEP and syringe services the most are the least likely to get them. Health and social inequalities, stigma, and discrimination keep the epidemic fueled. Yet, at the same time, research into new approaches may result in options that provide new paradigms for treatment. Long-acting treatments like bNAbs may very well be part of that picture.
Melanie Thompson, MD is Principal Investigator of the AIDS Research Consortium of Atlanta, Immediate Past Chair of the HIV Medicine Association (HIVMA), a member of the DHHS Antiretroviral Guidelines Panel, and the IAS-USA Antiretroviral Guidelines Panel, and Interim Chair of the Fulton County HIV/AIDS Advisory Committee.