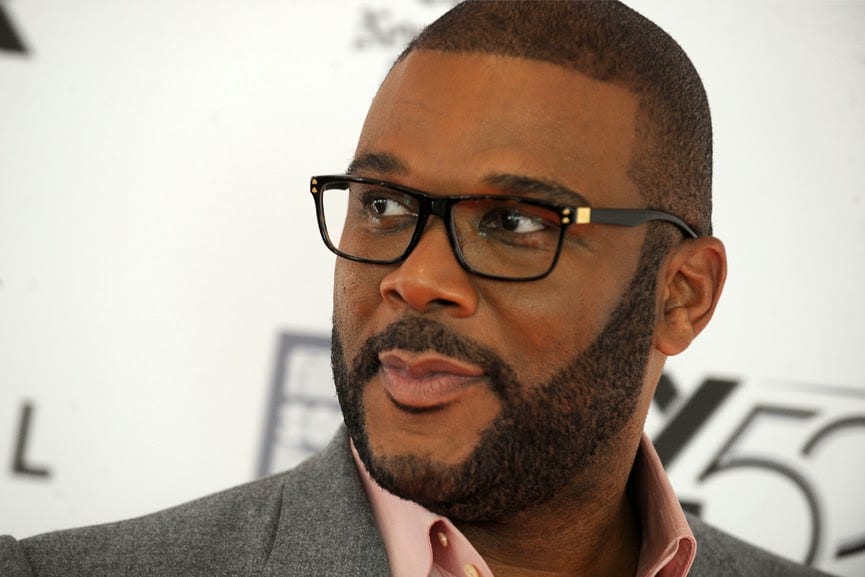 Perry accused Sole of “trying to intimidate him” along with disengaging the power to disable the alarms and surveillance equipment at his southwest Atlanta studio, according to an AJC report.

Waddie Grant of The G-List Society broke the news of Perry’s decision to drop the lawsuit without prejudice following a deposition earlier this week. However, Sole’s multi-million dollar libel countersuit against Perry for “anxiety, depression, and emotional distress” continues.

Grant published an exclusive interview with Sole on April 27 where he described in detail his experience as an employee of Tyler Perry Studios and the events that led to Perry labeling him as “mentally disturbed” in the media, including an uncomfortable professional relationship with Brett Hendrix, also a Perry employee and Sole’s immediate supervisor and co-defendant in Sole’s lawsuit against Perry.

On the first day, I noticed something unusual about the working relationship with Brett Hendrix. On a studio set, the food was provided for the crew. Brett would go box up what he wanted to eat and put it by his desk, and then he would say to me, ‘you can go make you a tray.’ He would then ask me to take him to his house to smoke marijuana. He wanted to roll up during his lunch break and then go back to working.

Whenever I asked for his help when I was seated at my desk, he would pull his chair up to me very closely and lean into my lap as if he didn’t care to see my level of discomfort and how I would move a little away from that. He would try to position himself on my lap as if he was lounging himself on it in like an intimate situation.

He would later text me ‘daddy’ and ‘hey baby’ and send me winks. He would say, ‘Good morning sunshine.’ At work, he has texted me saying, ‘hey, I was trying to flirt with you.’ Anytime it was a message like that, I would just not respond to it. Once I had already got in the door and working, I wanted to take the position of don’t make it a big thing, just get through it. I wouldn’t respond to it. Eventually, I took the assumption of that he sees that I’m not taking any advances. He would even follow up send me messages like, ‘You always get quiet when I talk to you like this.’ I expected him to get the picture because I was never interested. I wasn’t interested in that type of relationship with Brett, and I wanted to make sure that he didn’t get that impression from me.

Sole says things took a turn for the worse when he attempted to speak directly to Perry in his office:

I came to Mr. Perry’s office to knock on the door. Because no one answered the door, I asked his secretary if he was in the office. She told me to wait in her area, and after a while, all kinds of chaos happened.

I was in a big lobby area in between Mr. Perry’s office and his assistant’s office. There was an open office also in that area, so I just sat in that office until someone wanted to talk with me – hopefully, Mr. Perry – about the incidents with Hendrix. The people in the office started acting funny with me. So, I locked the door in that office and said that I wasn’t going to leave until someone talks with me about Mr. Hendrix. I wanted to talk with the boss because I was not okay with what happened with Hendrix.

I think that people in the office caught on that I wanted to reach out to Perry to discuss something troubling, and instead of addressing, they decided to get rid of me.

Despite dropping the lawsuit, Perry now has six months to decide whether or not to pursue any further legal action against Sole.  The official dismissal document can be read below. 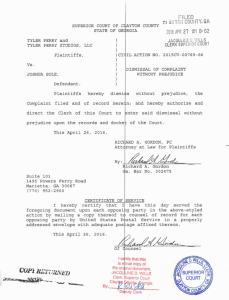