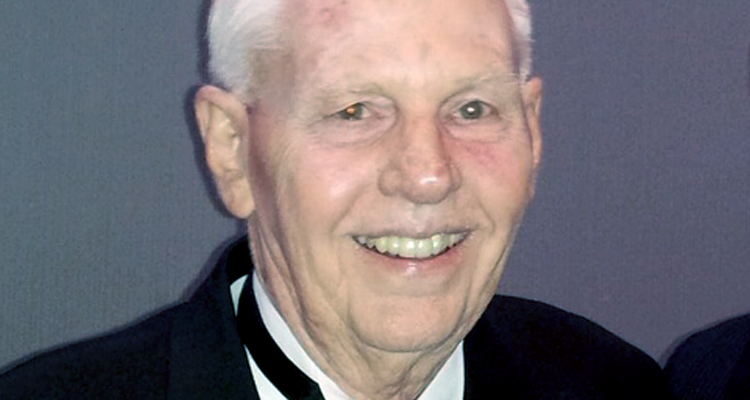 The Atlanta LGBTQ community mourns the loss of a local Atlanta activist, Richard “Dick” Rhodes, who died from a stroke according to friends close to the 81-year-old.

Rhodes made his way to Atlanta in 1971 where he later became a delegate to the Democratic National Convention in Atlanta in 1988, the first openly gay man to do so. He told the Georgia Voice back in 2012, it sparked a fire to run for office.

“I thought, well, damned, I’m as smart as they are,” he said in an interview with the Georgia Voice in 2012. So he put his hat in the race for the Georgia House of Representatives as an openly gay man — believed to be the first gay man to run for state-elected office in the state — but in a crowd of 7, he finished fifth. He didn’t run for office again, but continued to remain politically involved.

He later became the first openly gay chair of the DeKalb Democratic Party in 1993. Up until his death, a friend of Rhodes says he lobbied for an LGBTQ-inclusive nondiscrimination ordinance.

“I have addressed it before the council for the past two months, given the mayor, council and city attorney copies of the three city ordinances that have passed it recently,” he told Project Q Magazine in April.

The Atlanta Gay & Lesbian Chamber of Commerce honored the LGBTQ trailblazer in a Facebook post days after his passing. “As we smile and remember Richard, we ask that you please keep his extended family and friends in your thoughts during this difficult time,” said the post.

Rhodes, a Navy veteran and HIV/AIDS activist, was the 2012 recipient of AGLCC’s Lifetime Achievement Award for his pioneering contributions to Atlanta’s LGBTQ+ community, including being the first openly gay candidate to run for office in Atlanta and in Georgia in 1988, the post also said.

He also co-founded the LGBTQ Archives and Special Collections Committee and was recently active in LGBTQ social group Belong and at Spiritual Living Center of Atlanta, said Dave Hayward to Project Q in a recent interview.

A memorial service for Rhodes will be held August 3 at 2pm at the Spiritual Living Center of Atlanta, according to friends.