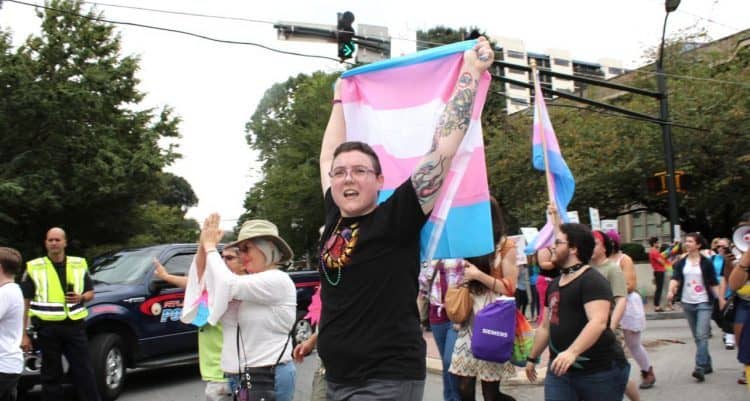 If the president’s anti-trans tweets got your pulse racing earlier this week, Atlanta’s LGBT community wants your voice tomorrow at the intersection of 10th and Piedmont.

The rally will begin with sign making, followed by keynote speakers and a fundraiser, then a march from the rainbow crosswalks to Tech Square. There is a goal of raising $20,000 on behalf of local transgender support groups, and those who cannot attend the protest in person are asked to donate through a GoFundMe page.

On July 26, President Trump tweeted that the US Military “will not accept or allow” transgender service members, a move lauded by anti-LGBT hate groups and lambasted by organizations like HRC, GLAAD and the National Center for Transgender Equality. The tweets were also criticized by national leaders.