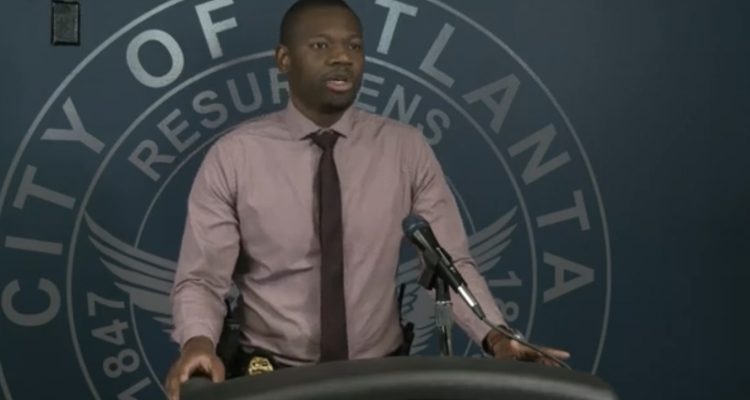 Atlanta police are warning the LGBTQ community to be cautious as robbers have been targeting victims via Grindr.

At a news conference on Wednesday (May 5), Atlanta police said that at least eight people have been the victims of robberies instigated by men they met and talked with on Grindr, a popular gay dating app.

“We have had eight instance where male victims were lured to remote locations by use of the Grindr app,” Sgt. Rodney Jones said. “After the date concludes, the suspect will rob the victim, often taking their wallets, keys, or even vehicles.” According to Jones, the suspect “typically has a handgun.”

The eight armed robberies occured between February 4 and May 2. The victims have all been males ranging from 20 to 59 years old. One of the victims was shot in the leg on April 14, and another was beaten in the face on April 28 by four men. Seven of the victims’ cars were stolen.

Four of the incidents occured in Zone 1, in northwest Atlanta along Hollywood and Hightower roads near Hollywood Cemetery, and three  occured in Zone 3,  near Stonewall Drive and Rebel Valley Park in southeast Atlanta. One victim — the one who was shot — was attacked at his home, which was not identified by police.  According to the AJC, police believe one person is responsible for the Zone 1 robberies and additional suspects are likely involved in Zone 3.

Officer Eric King, one of the Atlanta police’s LGBTQ liaisons, urged users of Grindr and other social apps to remain cautious and tell a friend before meeting someone in person.

“If they give you a location of a cemetery or someplace you don’t know, take that as a sign,” he said. “Get a physical address. Get a name. Ask your friends if they’ve seen this person before… We definitely want people to continue to live their life but be a little more cautious.”

Anyone with relevant information about the robberies – or other victims of similar crimes – are urged to contact Atlanta police. Tipsters can remain anonymous and may be eligible for rewards of up to $2,000. Contact Crime Stoppers Atlanta at 404-577-8477 or text information to 274637.