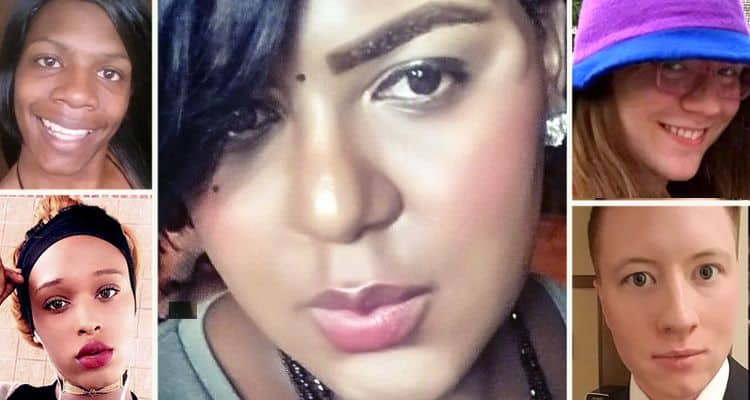 2017 was not easy for LGBT Americans. It was especially difficult for transgender Americans, whose struggles took center stage.

As North Carolina legislated what bathroom a person could use; as the president attempted to pull servicemen and women out of the military; the lives of more than 20 known transgender individuals were taken from this Earth. Many were black, Latinx, Native American. Many were murdered.

And, thanks to family, friends and fellow LGBT citizens and allies, none of them will be silenced.

It is for those reasons that the Georgia Voice staff chose not one, but a group, as 2017’s People of the Year. Below we honor those transgender individuals whose lives were cut short at the hands of violence, and who died living their truths. 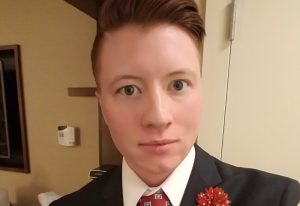 ‘Our hearts are heavy’

Augusta transman Rowan Feldhaus, 25, suffered complications after one of his gender confirmation surgeries in May, going into septic shock after a hysterectomy and losing oxygen to his brain. Feldhaus had only recently won a court case granting him the legal right to use the name of his choosing, and was on the board of directors for Georgia Equality.

“[Feldhaus] knew the risks going into all of this and he was willing to accept the risks to do what he knew he wanted to do,” Austin Atkins told Augusta’s WRDW news station. “Rowan will always be a personal hero of mine.”

Lambda Legal, which represented Feldhaus in his case, said because Feldhaus stood up for his rights, Georgia judges are now required to allow name changes without bias.

“Our hearts are heavy at the tragic loss of a courageous young man who fought for the right to determine his own name and destiny,” the organization said in a statement. “We will honor [Feldhaus’] life by continuing to fight discrimination in all its forms against transgender people.” 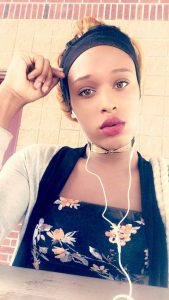 Ava Le’Ray Barrin, 17, was murdered in Athens in June reportedly by a fellow transwoman. In an online obituary, she was called “unapologetically real.”

“She was an amazing girl who didn’t deserve to die, especially not the way she did. Perhaps the most amazing thing about Ava was that she’d befriend just about anyone — as long as you were nice to her in return,” the obituary stated.

According to a story in Mic, Barrin planned to go to college and then Los Angeles to model. Barrin’s sister created a GoFundMe site to fundraise memorial costs, which was contributed to by actress and singer Solange Knowles.

Jalen Breon Brown, who allegedly shot Barrin following a dispute between their two groups of friends, was arrested and released on a $100,000 bond. While free on bond, Brown is under house arrest and must wear an ankle bracelet. Brown was granted a motion in early December to visit a relative’s home for the Christmas weekend. 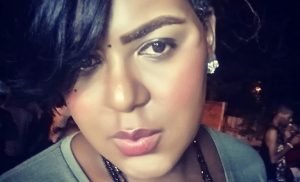 ‘Beloved in the Atlanta community’

Just over a month after Barrin’s death, Atlanta was rocked by the murder of Tee Tee Dangerfield, 32, who was found with multiple gunshot wounds in College Park.

“She was beloved in the Atlanta community, friend to many of our members and a beautiful person grounded in spirit and rooted in unapologetically living her truth, while loving those fiercely [living] theirs,” the event page for her memorial service read.

“The case is still open. My detectives are still fine-tuning everything,” he said. “We’re continuing to investigate and shore up our case as well as we can.” 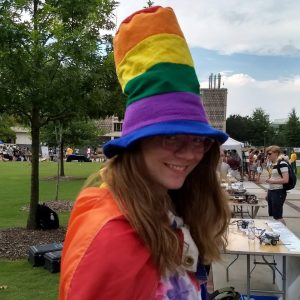 Georgia Tech Pride Alliance President Scout Schultz, who identified as bisexual, gender nonbinary and intersex, was shot by campus police in September following reports of a gunman on campus. Schultz was later found to have made the report on themselves, and was not carrying a gun. They were approached by police, asked to put down their weapon and were shot when they did not comply.

Schultz’s death brought mental health issues of the LGBT community into the spotlight, and Pride Alliance leaders demanded Georgia Tech officials take a stronger look both at what resources are provided to students and what training is provided to officers to prevent incidents like this from occurring again.

“[Schultz] was a bright light in this community, who never gave in on matters of social justice,” Hamilton said. 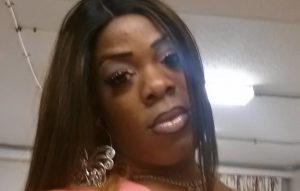 ‘She would give me the clothes off her back’

Georgia also lost Macon resident Candace Towns, 30, at the hands of violence. Towns was found on Halloween, two days after she was reported missing. She had been shot.

“If I needed anything, she would give it to me. She would give me the clothes off her back,” Towns’ friend Malaysa Monroe told The Telegraph. “I just don’t know who would want to do something like this to a good friend of mine, but I hope whoever did this, I hope God don’t have mercy on your soul, baby.”

Prior to her death, surveillance footage shows Towns getting inside a tan or gold sedan with a black man behind the wheel. He is considered a person of interest in her murder. So far, there is no evidence her gender was a motive, the Bibb County sheriff told The Telegraph.

Calls to the Bibb County Sheriff’s Office for an update on this case were not immediately returned as of press time.