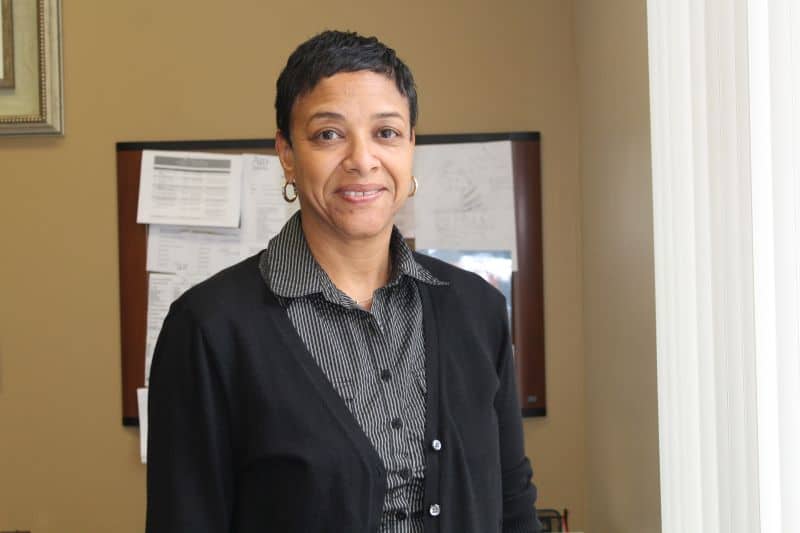 Some background on Roebuck per AID Atlanta:

With over 15 years of leadership at AID Atlanta, Nicole started with the organization in 2000 as the agency’s first Continuous Quality Improvement Manager. Given her tremendous work in this area, she was quickly promoted into the role of Director of Client Services, which she held until her appointment as acting executive director in October 2015. During her leadership overseeing client services, she led the department in serving over 3,200 members annually, provided leadership and oversight to various aspects of the agency including mental health, housing and other support service programs, including case management, the agency’s largest service program. Since shifting into her new leadership role, Nicole has continued to have a tremendous impact on the agency and its overall positive impact in the metro Atlanta community. She is actively involved in the field and serves on the Ryan White Part A Comprehensive Planning Committee, the Ryan White Part B Case Management Committee, the Georgia Prevention and Care Planning Group and is an active member of the recently created Fulton County Task Force on HIV/AIDS established by Fulton County Chairman John Eaves to combat the HIV epidemic in Fulton County.

“As recent statistics have shown, the HIV epidemic is still greatly impacting our community. I look forward to continuing to serve the metro community in this role, and working with our advisory board, AID Atlanta staff and the greater community to collaboratively address the ever increasing needs of the Atlanta region.” said Roebuck in a statement. “So long as there are individuals in our community that are infected or affected by HIV, then we must come together to overcome this crisis”

Added Chip Newton, AID Atlanta advisory board chair, “Nicole is very committed to the mission and work of AID Atlanta and has shown herself to be a real asset to the organization and a great leader in this community. We are so pleased to have her serving in this role, and we look forward to working with her to continue the important work of AID Atlanta.”

The group have been searching for stability in the last four years as a succession of permanent and interim executive directors have come and gone. And the move in fall of 2014 to expand services and become a primary care facility backfired, putting them nearly $1 million in debt and leading to being acquired by the controversial AIDS Healthcare Foundation (AHF).

AHF have put out ads and made public statements in opposition to PrEP, with AHF president Michael Weinstein calling it a “party drug.” Subsequent ad campaigns by AHF (some of which have appeared in the Georgia Voice) have been viewed by many HIV/AIDS activists as anti-PrEP. The group claims that they’ve always had the same stance: they remain opposed to the widespread deployment of PrEP as a community-wide public health intervention, and that it should only be prescribed on a case-by-case basis for high-risk individuals, such as those who are unable or unwilling to use condoms.

But in a recent interview, Roebuck claimed that AHD’s stance on PrEP does not affect whether and how often AID Atlanta offers the treatment to at-risk populations in the metro Atlanta area.

“Absolutely not,” Roebuck says. “We have PrEP patients on a schedule as we speak.” Roebuck says the majority of AID Atlanta’s clients are HIV-positive and therefore would have no use for PrEP, and that their current CDC funds are for HIV testing and prevention but cannot be used for PrEP. However, they received a $79,000 grant from Gilead—manufacturer of Truvada, the FDA-approved drug for PrEP—last year and they currently have 20 patients on the regimen.

Of the move to primary care in 2014, Roebuck said, “It went too big, it went too large, too fast. I think that’s what kind of caused some of the financial issues.” She says the organization has now narrowed its focus back to serving those living with and at risk of contracting HIV/AIDS.

No local members on AID Atlanta’s board

Amended articles of incorporation filed with the Secretary of State’s office last June show that AID Atlanta Incorporated’s sole member is now AIDS Healthcare Foundation, and a 2014 auditor’s report dated July 30, 2015 shows the size of the board of directors was reduced from 22 down to three, and that those members are to be solely selected by AIDS Healthcare Foundation.

Newton claims there is not much difference between when he and the others were part of the board of directors instead of this newly formed advisory board, which meets quarterly.

“Normally the board [of directors] would vote, and right now instead of voting, we provide recommendations on behalf of the advisory board and the local pulse of the community,” he says, adding, “Frankly, they want us to run our own agency. They’re not interested in running the day-to-day operations.” However Roebuck says she reports directly to Michael Kahane, AIDS Healthcare Foundation’s bureau chief in the southern region.