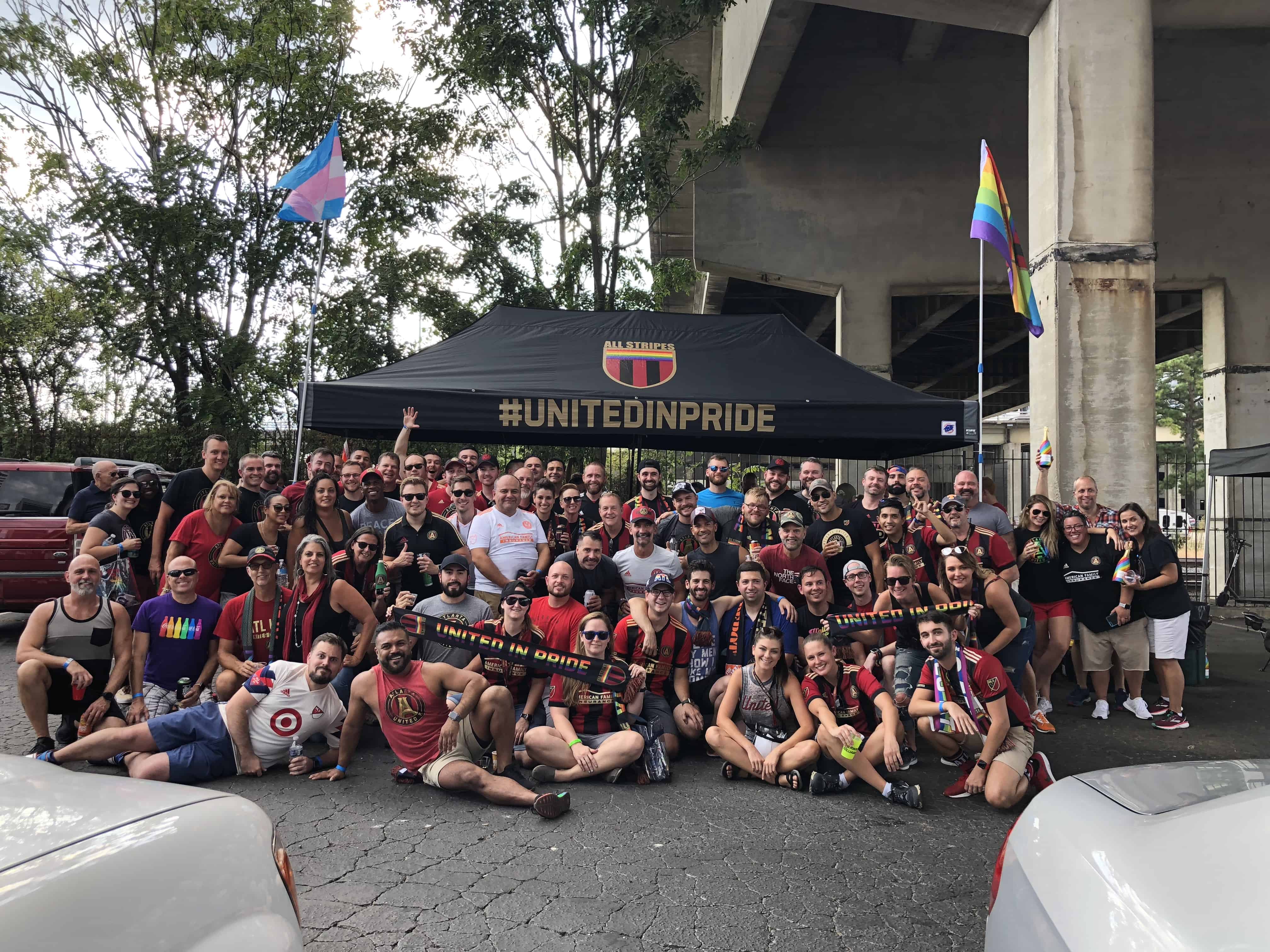 Are you LGBTQ or an ally? Do you love soccer? Do you believe y’all means all? All Stripes just might be the group for you.

All Stripes is a public group of over 300 LGBTQ and allied supporters of Atlanta’s soccer team, Atlanta United FC.  The group is rapidly growing and working to become an officially recognized supporter’s group.

The group represents Atlanta’s diverse community at each game, while also hosting match day get-togethers, away game watch parties at fun locations like the Georgia Beer Garden, and other special events.

All Stripes also participates in various LGBTQ fundraisers. They are currently raising money for Jerusalem House – Atlanta’s oldest and largest provider of permanent housing for Atlanta’s low-income and homeless individuals affected by HIV/AIDS – by walking in the 2018 Atlanta AIDS Walk.

If you’re interested in joining this group, you can become united in pride here.