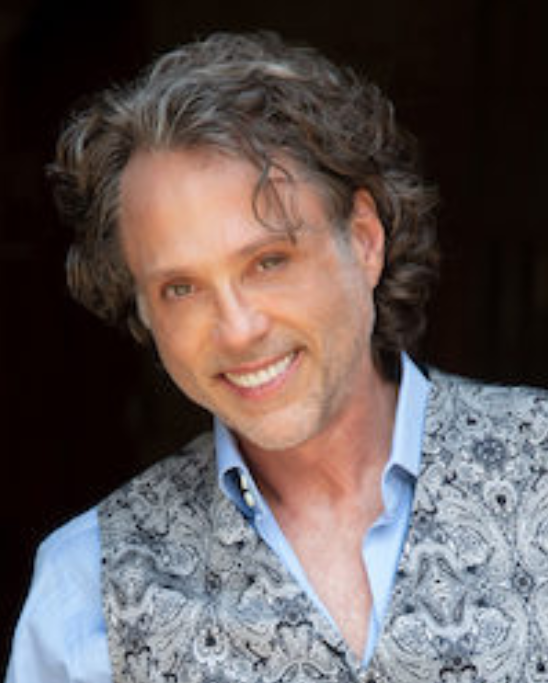 Anonymous claims of misconduct against a Lost-n-Found board member are unsubstantiated.

If you walk into Steve Hightower’s salon and turn the right corner, you’ll notice bag upon bag of clothing and blankets. If you go further and actually take a walk with Steve on a blustery autumn night, you’ll find him passing out those clothes and blankets to young people camped out under bridges. Just a quick Google of his name yields years of charity work and a benefit he helms annually known as the Thriving Children Gala, which holds a massive and beloved party to raise money, awareness, and eventual dignity for kids living on the street. The hairstylist to the stars is blessed with the gift of business and charity, but also carries the heart of a philanthropist on him at all times.

Helping young ones in need is Steve’s mission in life, and he’s nothing short of stellar at it. Perhaps, to some, too stellar. It appears the Good Samaritan has a virtual bounty placed on his head. The bounty has come in the form of sexual misconduct allegations, a particularly damaging Scarlet A — especially at a time when the world is hyper-vigilant to bring such offenses to justice. According to the results of an investigation into the matter, justice has cleared Steve’s name.

The thing about allegations is that they’re just that — allegations. Anyone can accuse anyone of anything at any time, and it’s among the easiest of things to do to ruin someone’s life. The beauty of the modern legal system is that hearsay doesn’t warrant the dropping of the guillotine.

To be succinct and specific, Steve has been cleared by Taylor English Duma investigators of any wrongdoing after an exhaustive questioning of 11 people in connection with the allegations — an allegation that even the former client denies. Taylor English Duma, LLC is a top law firm in Atlanta. As it turns out, the man (in his mid-20s) was not the person who filed the complaint and says, per the investigation’s results, that nothing untoward happened during his time at Lost-n-Found. The allegations came from an unnamed individual and amounted to nothing more than gossip.

Robert Ross, the board chair for Lost-n-Found Youth, spoke to Georgia Voice about the patently false information being distributed in certain circles of the community, and notably about the hidden nature of the accusers.

“The anonymity is my biggest gripe, beyond the fact that the person spreading it knows that it’s not true,” he tells us. He politely declined to name anyone behind the accusations to put a stop to mudslinging, but definitely has a clandestine list of offenders. Back to business, he says: “[The allegations] were brought to me on a Tuesday morning by another board member. I immediately called an emergency meeting of the executive committee. We had that meeting at 5 o’clock, and by 9 o’clock the next morning, we’d hired an independent third-party investigator.” He’s speaking of Taylor English Duma. “We reached out to get this handled as quickly as possible. The third-party investigator scheduled the interviews.” He divulges that 11 people were put across a table for questioning. When I ask who they were, he says that naturally he can’t name them, but they were people who had even a modicum of connection with the issue. The conclusion?

“There was absolutely no basis there,” he says matter-of-factly. “It was all debunked.”

In another conversation, Steve tells us that the individual he supposedly had relations with was among the interviewed. This is a gentleman who has aged out of the 18–25 age range for Lost-n-Found clients. Steve and the unwitting accuser were so close that they’d go and deliver aid to those living in dangerous areas where Steve might need backup in case his attempts to assist went sideways. The reason he’s described as unwitting is simple: The individual who was allegedly involved in inappropriate relations with Steve personally attested that the allegations were untrue. He never made them; someone else did on his behalf, and seemingly without his permission.

So why would the accusation come before the board? Without giving too much away, one thing can be certain: The complaints that landed on the desk had no first-hand complainant, meaning (most likely) that some unaffiliated party acted alone and filed in the name of another. How else can one explain that literally no victim of any alleged crime stepped forward? Further, the victim in question refuted any accusations against Steve. According to Robert, Steve, and the investigation’s conclusions from Tyler English Duma, this was a matter of hearsay filed from an individual who was not present at the time of the alleged incident. The allegations were made by a person who could provide no proof to back up their claims — including testimony from the “victim” — as evidence.

The mind boggles now, for there’s a strange element at play, if I may say so as a journalist. It appears there’s a target on a gentleman who’s perhaps the largest contributor to the youth-homelessness nonprofit. So I have to ask if Robert thinks someone is rooting for Lost-n-Found to fail, someone who might aim to demolish Steve’s power as an influencer and funds-generator in order to pull the rug from under the organization.

“It’s possible, but knowing Steve, it’s only made him stronger,” Robert laughs before getting pretty serious. “Steve gives himself heart and soul to the organization and has almost single-handedly arranged food into the drop-in center for the past year. He mobilizes his client base, he mobilies his friend base — he’s selfless about this!” Robert asserts that when Steve puts out a call for items such as blankets or specific kinds of food, those items show up.

Literally everyone I spoke to about Steve, from his salon clientele to Atlanta denizens who know him and his work, dismiss this as a malevolent assassination of character. Clearly, the community has Steve’s back. Still, he’s worried that the decades of work he’s put in will be overshadowed by baseless allegations.

“I don’t know what to do — it’s already [out there],” Steve tells Georgia Voice. “I don’t know if I’m going to hire attorneys … I just don’t know.” It’s at this point that Steve can’t speak. What comes out is choked-back sobs and attempts to begin a new sentence. What he can muster finally: “It’s not right,” followed by apologies for being so upset. “I’ve never had anything but best interests for anyone. This has stung me like a bullet. What is truly awful is that it could hurt Lost-n-Found.”

Former employees allege they were fired for raising questions around the issue. Robert vehemently denies this happened with an emphatic: “No!”

“I believe this is totally fabricated to harm the organization and to harm the person who does so much for it.” When asked if he has any clue who would do such a thing, he says, “What I can tell you is that the board is united in a way that it’s never been before.”

But has this tarnished Steve’s reputation at Lost-n-Found? Robert is adamant that nothing has changed. As a matter of fact, solidarity abounds. “The board is 100 percent behind Steve. There’s no merit to the allegation, and Steve is hurt by this. I had to deliver the information to him, so I know he is!”

I ask him about repercussions for misconduct inside the organization, should they have proven true. He wastes no time: “If anything were found, Steve would no longer be on the board,” he says. “If anything was actionable, we’d take action. We’re here for the kids, not for us. We’re here for homeless people, those without a voice, people who sit on the curb while everyone else just walks by.”

If anyone looks into the history of Thriving Children Gala and Lost-n-Found Youth, there would be no question. As a journalist, I personally have spoken to many benefactors of their work and can vouch that these staples in a much-needed service have put young people on brighter paths.

But let me veer for a moment, because I’d like to make one thing clear: Georgia Voice has known about these allegations for more than a month. We decided not to run a story before the facts became clear and a story was warranted.

That out of the way, let’s set the record straight on the findings of the Tyler English Duma investigation with the final conclusion that the Georgia Voice was granted permission to view:

There is no pending litigation into the matter on any front. This is a settled matter for now.

Onto better news: I took another dive into what Lost-n-Found Youth provides on a daily basis, and this is information that far outweighs the salaciousness of an earlier report. Lost-n-Found Youth isn’t just a food pantry. This is a multiple-award-winning organization that gives its clients keys to a steady, healthy life and they start with the basics. Lost-n-Found provides those who need proper documentation a way to obtain identification such as a driver’s license or an official state ID. They provide training for GEDs and help them with their studies, which allows them to get into college or jobs that require high-school diploma equivalents. The nonprofit feeds them and sees to it that they receive access to medical programs they qualify for. HIV testing is another asset their clients are afforded, as is a solid connection with mental-health services. Going deeper, they have a facility that houses the most needy. Not an organization that’s flush with riches, they still maintain a six-bed house, which means there are limitations on shelter, but that’s something they hope they can remedy with a little help from the community. Access to the house requires clients to hold down a job — a great way to give them a chance at stability and to (re)introduce them to the path of self-reliance. The facility is open 24/7 and is constantly full. There’s also a youth center open 12 hours a day, and 7 days a week providing food, showers, and services.

“This is what we do,” Robert says. “This is about providing life-stabilization for the youth who need us.”