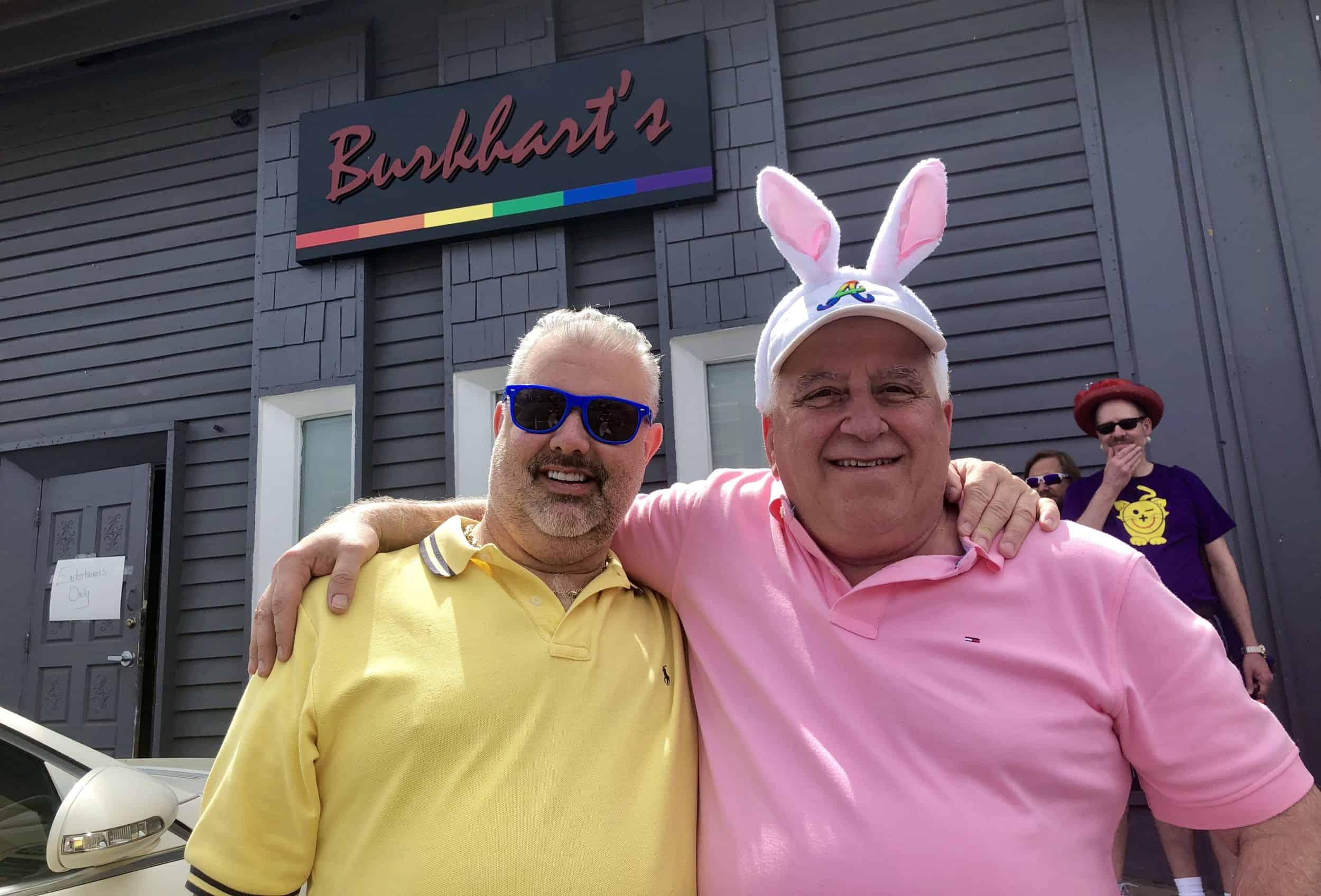 The owners of Midtown Atlanta gay bar Oscar’s have bought Burkhart’s, the longtime Ansley Square bar that closed in February after a controversy involving racist Facebook posts made by the bar’s then-owner.

Oscar’s owners Chris McDonald and Marco Penna confirmed the details of the sale with Georgia Voice at the bar’s Easter Drag Races event on Sunday, saying that they closed on the sale the previous day and will be renaming it 1492, after the address of the bar [see end of story for update on name change]. Penna made a previous announcement about buying Burkhart’s at an Armory reunion show at Amsterdam on Feb. 25, but the sale hadn’t been finalized and neither he nor McDonald responded to subsequent questions on the matter from Georgia Voice until Sunday.

It will take a little more time before doors open.

“We were thinking about a month,” Penna said. “It will take about four weeks to get up and get our license and permits together for the kitchen.”

The owners said they will be bringing back in a drag lineup.

“Definitely. We’re going to bring it back to fine food, good entertainment and get everybody having fun,” Penna said.

A series of Marsh’s Facebook posts from 2015 began circulating on social media on Jan. 19, and Wussy published a story that evening including the posts. The bar’s entire drag lineup quit several days later. Burkhart’s General Manager Don Hunnewell claimed on Jan. 26 that the bar had been sold, but that deal fell through. The owners later fired Hunnwell. An organizing meeting was held Jan. 27 in Midtown with several hundred concerned LGBTQ citizens. Then in mid-February, the bar closed for good.

The announcement of the Burkhart’s purchase comes on the heels of the announcement of another new LGBTQ space in Atlanta. Jungle’s former owner Richard Cherskov has partnered with popular nightlife event creator Keith Young to buy Midtown Tavern, a bar and restaurant on Piedmont Avenue.

Project Q Atlanta reported that the pair closed on the purchase of the business on March 26 and will run Midtown Tavern through an operating agreement with its former owner until they secure a liquor license. The deal included a long-term lease on the nearly 5,500-square-foot property at the corner of Piedmont and Linden avenues near Central Park and Publix.

“To be able to announce a new gay space with a team of people that have experience in making these spaces work, I am beyond excited,” Cherskov told Project Q.

The pair plan to expand the venue’s food and entertainment offerings to add drag shows and Sunday brunch. Plus, Midtown Tavern will be the new home of The Other Show, the weekly drag troupe that performed at Jungle for five years until the club’s closure last November.

And LGBTQ Atlanta favorite Cowtippers was set to close in January, but is now staying open indefinitely according to the owners.

UPDATE: McDonald told Georgia Voice on Sunday about the name being changed to 1492, but Penna told Project Q Atlanta on Monday that they are still deciding on names:

Penna said he and McDonald still haven’t decided on a name for the bar. They’ve considered Marco’s on Piedmont and 1492. But Penna said Monday that 1492 – the bar’s address on Piedmont Avenue – brings with it ties to Christopher Columbus, a connection that wouldn’t be helpful for a bar space fighting to move past a controversy over allegations of racism.

“I know my history,” Penna said. “I want this place to stand out on its own.”