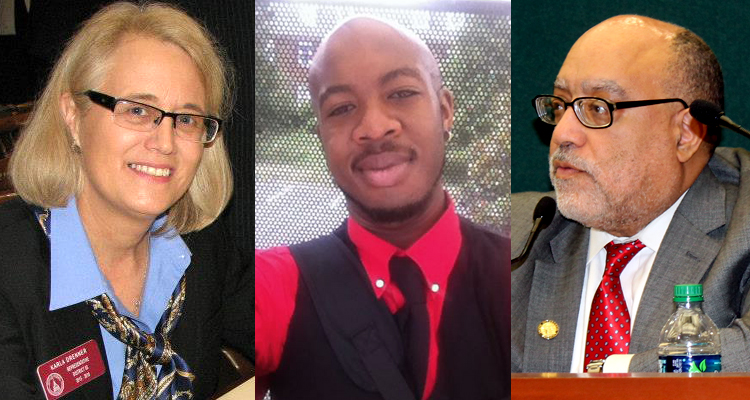 There’s an HIV problem in Atlanta, especially among youth, and the Equality Foundation of Georgia (the education, training and analysis arm of Georgia Equality) is taking it on by introducing a unique new program.

The Youth HIV Policy Advisors Program matches elected officials and clergy with HIV-positive youth advocates who will serve as their special advisors on the issue. The youth will work one on one with the officials and clergy to address policy barriers to HIV prevention.

“There are thousands of youth living with HIV in Atlanta, but not really a consolidated movement to bring them together to center HIV prevention and advocacy,” says Emily Brown, field organizer for Georgia Equality and the coordinator of the Youth HIV Policy Advisors Program.

The program, which Brown says has an estimated budget of $20,000, will offer training to the youth advocates through a series of summer sessions, followed by educational sessions with the elected officials and clergy in the fall and culminating on World AIDS Day on December 1 with the second annual World AIDS Day Atlanta Policy & Action Luncheon.

“We will have the youth advisers rolling out their policy agenda. There will be 100-plus elected officials, community members, clergy and CEOs of large healthcare foundations in attendance. So that will kick-start the 2016 legislative session with really clear policies for legislators so they have HIV on their mind and what to do about it once they get started,” Brown says. “We’re looking to create champions within their legislative bodies.”

Those champions appear to be needed now more than ever, as witnessed by the Fulton County Health Department’s failure to spend some $8.7 million in CDC grant money earmarked for HIV prevention, according to a recent WABE report. The department falls under the oversight of the Fulton County Board of Commissioners, two of whose members, John Eaves and Joan Garner, have agreed to join the Youth HIV Policy Advisors Program. 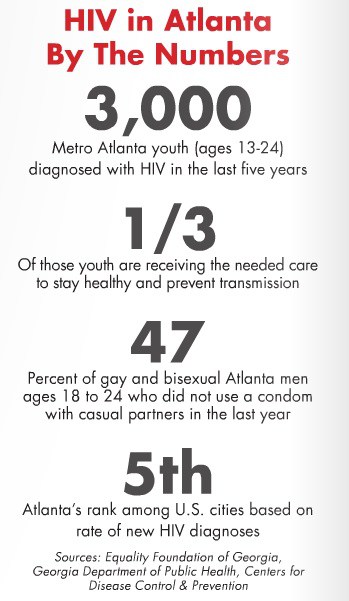 The Equality Foundation of Georgia ran into a good problem after word of the new program spread throughout the community of HIV-positive youth in Atlanta—too many qualified candidates.

“We originally had 12 (youths) and 12 (elected officials), but the choices were so difficult that we decided it would be more valuable to expand the program,” Brown says.

Mike Lawrence, an HIV-positive 27-year-old Atlanta Metropolitan State College student, is one of the candidates who made it through the application process and will serve as a youth advisor in the program.

“I would liked to see something different happen with the program all throughout Atlanta because there are all types of HIV-positive people and situations out there,” he says. “There are a lot of places around here that say they offer some things but there’s a waiting list or you get denied for some reasons so that’s my goal is to make sure we have more options than what’s already available, and to further educate people.”

The Equality Foundation of Georgia has lined up 20 youth advocates for the program, with 11 elected officials and clergy confirmed, four they are waiting to hear back from and nine total spots left to be filled. Brown says they are looking into inviting Atlanta Mayor Kasim Reed, Stone Mountain Mayor Pat Wheeler, East Point Mayor Jannquell Peters and Lithonia Mayor Deborah Jackson.

“A lot of us know people that have HIV, so having the opportunity to spend more in-depth time with someone, it’s like experiential learning,” says Rep. Karla Drenner (D-Avondale Estates), one of the elected officials who will take part in the program.

State Sen. Vincent Fort (D-Atlanta), who will also take part in the program, is looking forward to it.

“I’m a teacher and teachers know that they get as much from their students as the students get from them,” he says, “so I’m looking forward to not just them shadowing me and asking me questions but I’m looking at it as a way to learn from these young people.”