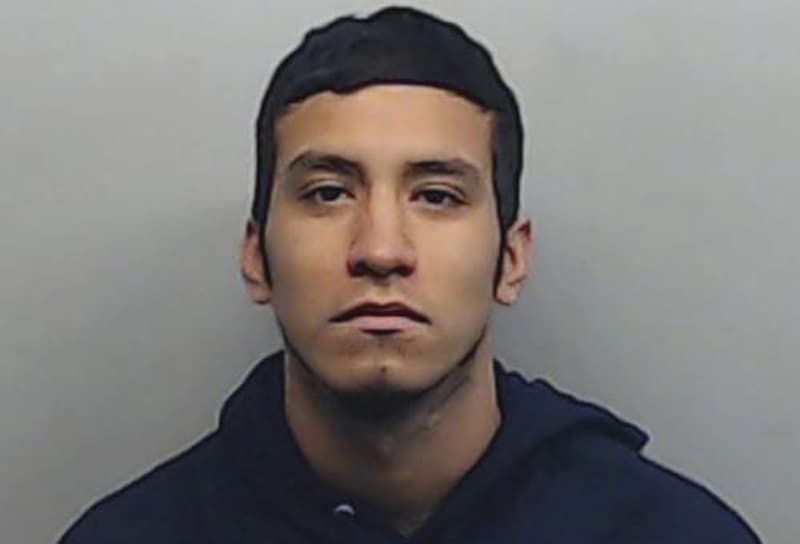 The Atlanta Police Department says that they should have solved last March’s violent assault on a Midtown gay couple much sooner and they are “not necessarily satisfied” with their handling of hate crimes against the LGBT community in 2014. However, there are no plans to pursue charges against the driver of the car in the Midtown assault who sources say lied to police about whether he knew the suspect.

APD investigators are also looking into reconvening the department’s LGBT advisory board and have revised the number of LGBT hate crimes that occurred in 2014.

The Midtown assault occurred March 7, 2014, when the couple walked to the intersection of 11th and Juniper Streets in front of LGBT favorite restaurant Joe’s On Juniper. The suspect jumped out of a car that he was a passenger in and called the couple, who were holding hands, “faggots,” then punched one of the men in the back of the head and pushed him into oncoming traffic. A car swerved into another lane and avoided the victim, who escaped major injuries.

On Jan. 15, following a months-long GA Voice investigation into the incident and an ensuing tip via an APD Crime Stoppers report, police arrested suspect Diego Ernesto Ramirez, 23, and charged him with “battery substantial physical harm.” Ramirez is out on bond and awaits a court date to face the charge.

“In actuality, it should have occurred a lot sooner,” Atlanta Police Department Assistant Chief Shawn Jones tells the GA Voice of the arrest. “The investigator was under the impression that they had exhausted all available leads at the time. It was only after having more conversations that we decided Crime Stoppers was another opportunity to identify the individual who committed the crime.”

However, many in the community are asking whether the driver of the car should face charges as well.

Victim’s partner calls this the department’s ‘excuse to quit’

Atlanta police say they interviewed the driver of the car last year and that the driver claimed he did not know the suspect, who was riding in the car with him. However, several sources tell the GA Voice that not only did the male driver know the suspect, but they were in an on-again, off-again relationship. But APD’s Jones says there are no plans to re-interview him.

“At this time, we’re not planning on reaching back out to him,” Jones says. “You may have more information. What we’re being told is the two met at a club and they had just met. We can’t prove anything more on that.”

Bryan Long, the victim’s partner and executive director of progressive group Better Georgia, who was there during the attack, calls this the department’s “excuse to quit.”

“The tipster who called Crime Stoppers and accurately identified both men—the driver and the attacker—also told the police that the driver owned the attacker’s cell phone and paid his cell phone bill each month,” he tells the GA Voice. “There is plenty of evidence to show the two men knew each other, including sharing an address. Once again the APD has used seemingly routine challenges in this investigation as an excuse to quit. We deserve better than this.”

Gay Atlanta attorney Christine Koehler, who advised hate crime victim Brandon White after his well-publicized 2012 assault, says that if reliable sources are coming forward to say that the driver knew the suspect, it makes a strong case for “obstruction of justice” or “making a false statement to a police officer” charges against the driver.

“I’m surprised the APD has been so hands-off about the driver, especially if his dishonesty delayed the arrest,” she says. “If the APD is going to tell us they take these matters seriously, I think they have to do a much better job of charging everyone involved.”

The APD originally reported that 12 hate crimes based on sexual orientation or gender identity had been committed in 2014, but Jones now says that figure has been revised to six incidents.

“What happens is when a crime occurs, if the officer believes it’s bias related, the officer is making that determination based on their limited knowledge of the law. So they check that box,” Jones says.

Following Standard Operating Procedure, the department’s LGBT liaison unit reviews the hate crime classification and, in coordination with the Department of Homeland Security, checks the details of the crime to evaluate whether it meets the federal guidelines of a hate crime. Some crimes are found not to meet the guidelines, and this is why the number of 2014 LGBT hate crimes was revised down from 12 to six.

Jones says he is “not necessarily satisfied” with the fact that only two of those six LGBT hate crimes have been solved, and that the department is working on better coordination between the LGBT liaison unit and the rest of the force to make sure the unit is notified immediately when such a crime occurs.

Jones says LGBT liaison unit officers Eric King and Courtney Murphy are on call 24 hours a day via their cell phones and that the two have been taking part in daily roll calls to improve communication with other officers.

Jones also said he is talking to Chief George Turner about reconvening the department’s LGBT advisory board in the wake of the handling of the hate crimes and ongoing discussions over the department’s interactions with the transgender community. Mayor Kasim Reed formed the board in 2010 in the fallout of the Atlanta Eagle raid.

“Maybe we meet annually or quarterly or every six months,” Jones says. “The main thing is making sure we have a pulse on what’s happening in the community. I will have that conversation with Chief Turner and something should be coming out.”