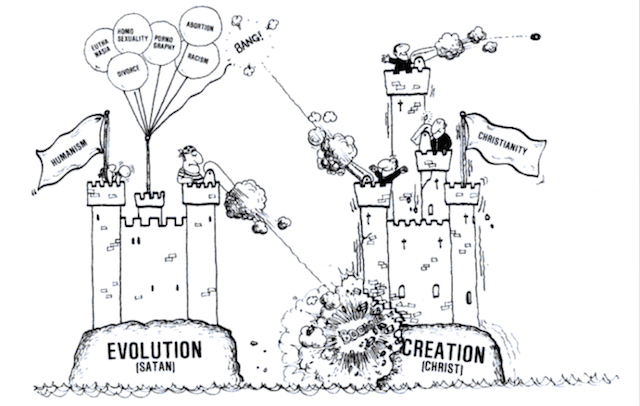 Freshmen students at Atlanta’s Grady High School were showed a PowerPoint presentation that included a cartoon labeling evolution as being of Satan and with ties to homosexuality, abortion, racism, pornography, euthanasia and divorce.

The Atlanta Journal-Constitution  reported on the cartoon, part of a PowerPoint presentation given to students about evolution, on July 3. The best story on the subject, though, is written by two Grady students for the school paper, the Southerner.

According to the Southerner story, published on May 20, the cartoon was showed as part of freshman biology class taught by Anquinette Jones. Student journalists Josh Weinstock and Archie Kinnane asked Jones for a comment, but she declined and told them the PowerPoint came from Atlanta Public Schools. 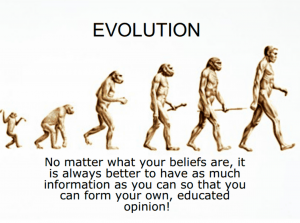 “Evolution is part of high school biology curriculum,” reads one of the more than 50 slides of the PowerPoint, which deals mostly with evolution and its role in life. “You are entitled to challenge everything and encouraged to believe whatever you would like.”

The Southerner reported the PowerPoint was downloaded from SharePoint, a public file-sharing database for Atlanta Public School teachers.

Many students and parents were upset by the cartoon.

“[I] have gay parents, and [the cartoon] said that evolution caused homosexuality and it implied that to be negative, so I was pretty offended by it,” Stephanie Cooley told the Southerner.

Robin Rosen pulled her child out of Jones’ class “I was offended, but more shocked and disturbed that a teacher in [APS] could get away with putting that in a classroom,” Rosen told the Southerner. “Offended is probably the wrong word at this point; it is very troubling to me that a teacher who is in a position of influence over children in a public school can put something up [like the cartoon].”

The PowerPoint also included a photo of “Octomom” with her children in a slide under the heading of “Natural Selection” and with the description: “Organisms have more than can survive on available resources.” 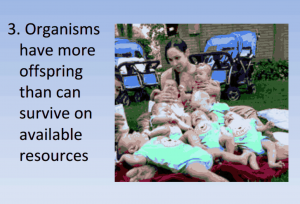 The AJC got a response from an APS spokesperson about the PowerPoint and the cartoon:

It appears that this science lesson plan was not properly vetted prior to being uploaded to the district’s SharePoint website last summer. When the district learned of the PowerPoint presentation and worksheet that is in question, the lesson and supporting documents were reviewed, and they were immediately removed. The district is currently reviewing the vetting process for all lesson plans prior to uploading them for instruction.  In addition, the curriculum coordinators will review lesson plans with teachers as part of their pre-planning session later this month.

The story has been picked up by all kinds of websites, from Huffington Post, Raw Story and UPI.com to Americans United for Separation of Church and State.

Good for these student journalists for bringing awareness to an important topic and to those who are listening to their voices.