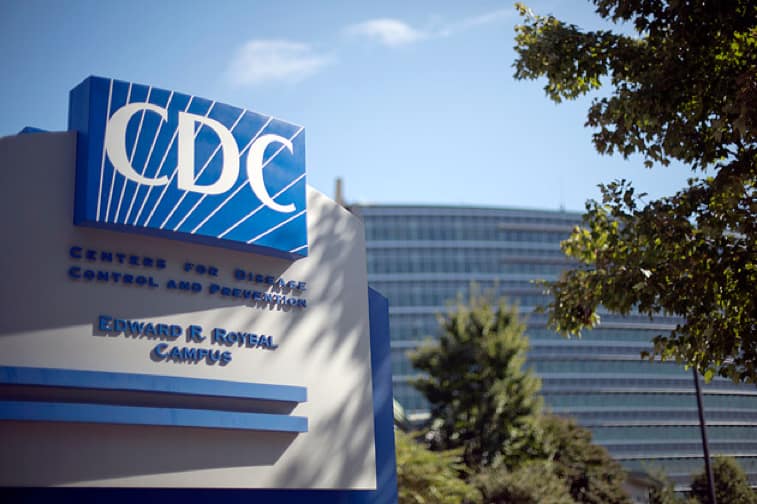 A sobering new report from The Centers for Disease Control and Prevention released on Feb. 24 estimates that at current diagnosis rates, half of black gay men and a quarter of Latino gay men will be diagnosed with HIV within their lifetime.

The findings were presented at the 2016 Conference on Retroviruses and Opportunistic Infections (CROI) in Boston, and while other groups have seen a decrease in new HIV infections, African-American gay men continue to be infected at increasingly alarming levels.

“As alarming as these lifetime risk estimates are, they are not a foregone conclusion. They are a call to action,” said Jonathan Mermin, M.D., director of CDCs National Center for HIV/AIDS, Viral Hepatitis, STD, and Tuberculosis Prevention. 

“The prevention and care strategies we have at our disposal today provide a promising outlook for future reductions of HIV infections and disparities in the U.S., but hundreds of thousands of people will be diagnosed in their lifetime if we don’t scale up efforts now.”

“The blame remains on individual Black MSM, though; it has simply been relocated from decisions about condom use onto decisions about having sex with one another,” writes University of Pittsburgh’s Derrick Matthews, PhD, MPH, in “Reconciling Epidemiology and Social Justice in the Public Health Discourse Around the Sexual Networks of Black Men Who Have Sex With Men.”

This widely reported study from the CDC is stirring conversation and outright rejection among many black gay men. Although Mermin states the study is “not a foregone conclusion,” one can argue that it definitely reads as such.

Georgia Voice reached out to community activists, black gay men living with HIV, and professionals mobilizing black MSM to combat the disease in order to gauge the implications of the study on prevention efforts, treatment and stigma. This is how they responded.

“CDC’s new report showing half of all Black MSM will become HIV positive in their lifetime should be a surprise to no one. For the last 15 years the CDC has released similar data showing staggering rates of HIV infection among my community and have offered no new innovative policies and programs to actually solve the problem. For years the message we got was ‘Get tested and if you’re negative, you’re good.’ But we have no chance of reversing these trends if we don’t get the rest of the country to expand Medicaid so Black MSM have baseline health coverage whatever their HIV status, access to PrEP and PEP for negatives. Most importantly, we need to ask Black gay and bisexual men, transgender men and women what kind of programs and health care do they want? Too often we’re talked about and dictated to, but not included in decisions.

My message for Black gay men who are advocates and providers, the time for our complacency being bought with high-level invitations to fancy conferences is over. Sitting on a panel isn’t building power or creating change. If you aren’t willing to organize in your local community to demand radical changes, please step aside and let those of us who want real change to be about that work now. It’s movement time.”

“There’s a tendency, when statistics reveal that HIV rates among black gay and bisexual men are as dreadful as ever, to point the finger at black gay and bisexual male behaviors that have long been proven to be no more risky than our white counterparts. It’s easier to blame victims when you can’t talk about systemic racism (even in the gay community), when you can’t talk about institutionalized homophobia (such as that normalized in the black church). Then black men become responsible for their own dying. In that sense, “it’s something they brought upon themselves,” which is strikingly similar to arguments about HIV in the 80s and early 90s. It becomes clear that there may have been a regression in our sensitivity, our ability to fight HIV stigma. It’s easier to blame black men for their own disease than to promote decrease in communal viral loads through investment in HIV treatment and care and inhibitors such as PREP. And it becomes strikingly clear that our black lives matter no more than those unarmed black men who brought violence upon themselves. There’s an insidious common denominator in it all. I can only hope that people of good conscience are courageous enough to see it, name it, and mobilize against it.”

“I literally saw the graphs within the report and got physically sick. As someone who has worked in prevention now for 17 years, this is where we are for blacks and particularly for black gay men? I could maybe be okay with yet another statistic if these findings ensured prevention dollars and efforts mirrored the epidemic and matched these findings. Sadly, prevention dollars and efforts don’t and won’t. These stats and graphs will be widely promoted, yet prevention efforts for black gay men will remain stale, lack courage and innovation. And PrEP alone is not the answer. Condoms alone are not the answer. Access to health care and access to self-esteem at home from birth through adolescence are not the only answers. Real conversations about sex and sexuality beginning at home should be added to the mix. This is a complex equation with many parts, and unfortunately a few unknown and/or untested variables to achieve this solution of reducing HIV rates. We need a revolution’s revolution to fix this…led by black gay men.”

“I remember attending a large conference in 2009 right after my HIV diagnosis and within a group of eight, five were HIV positive and silently cried. Since then, similar numbers have consistently been around me. I want folks who read the report to walk away knowing that we are not in this epidemic due to our sexual proclivities. This epidemic we are facing is a direct response to systemic issues such as lack of insurance, education, employment, access to friendly and respectful treatment, and the list continues. We know that Black gay men use condoms more frequently, get tested more frequently and use less drugs during sex, but still ½ will be diagnosed with HIV in their lifetime. With this charge we can no longer stay in our silos but we must bridge the gap with evidence based and evidence informed activities, like nontraditional support systems through formal meet ups or social media groups. We can do more and we will continue to do more.”

“The study announced on Feb. 23, by the CDC, that 1 in 2 Black MSM will be diagnosed with HIV in their lifetime is not only a cause for alarm but a call to action. Stigma, spiritual violence, racism, criminalization, homophobia, economic distress, lack of access to healthcare and lack of comprehensive sex education all contribute to the vulnerability of HIV acquisition for black gay men. These things can’t be solved in any traditional way. Undoing hundreds of years of structural disenfranchisement can’t be solved with pills or ads to “get tested.” We must remain committed to changing social structures, addressing structural violence, and building political power and political will, as a path forward to reducing the impact of HIV on black gay men.”