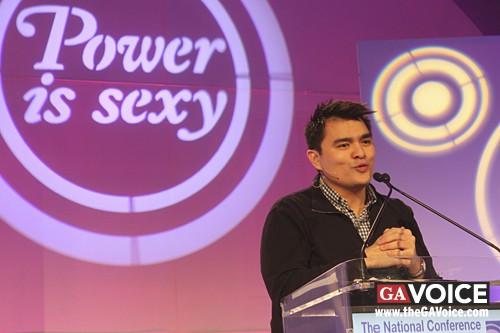 Ever wanted to know what exactly the city of Atlanta provides to its LGBT residents and services available? Well, thanks to a new web page on the city’s official government website, it’s a one-stop shop to find out.

Today the City of Atlanta launched a web page on its official website devoted to services its provides to the LGBT community titled, “Lesbian, Gay, Bisexual and Transgender Services, Employee Benefits and Legal Protections.”

This is one of the moves made to announce the city’s support of LGBT residents after Mayor Kasim Reed hired in August lesbian city attorney Robin Shahar to be his LGBT Adviser.

So, what’s available? The web page lists the city’s legally-recognized domestic partner registry for city of Atlanta employees as well as residents.

There’s also a link to the Atlanta Police Department’s “It Gets Better” video  that features more than a dozen openly gay officers. The department also has two LGBT liaisons and the emails and phone numbers of those officers, Brian Sharp and Kristin Knight, are listed.

An important resources is the newly revitalized Human Relations Commission. The only outlet for LGBT people to seek recourse when the allege they have been discriminated by, for example, businesses or housing within the city limits, the HRC went dormant for several years. A new board is currently being created so the HRC can soon begin meeting agains. Openly gay members appointed to the 7-member commission are Charlie Frew, executive director of Jerusalem House; and Rabbi Josh Lesser.

The purpose of the HRC:

The City of Atlanta Human Relations Commission attempts to eliminate unlawful discriminatory practices by private employers and by providers of housing, goods and services whose business is located in the City. An individual may file a complaint of discrimination with the City, including a complaint of gender identity and/or sexual orientation discrimination. The Commission has the authority to conduct investigations, hold fact-finding hearings, facilitate peaceful resolution of disputes, and recommend solutions to the Mayor.