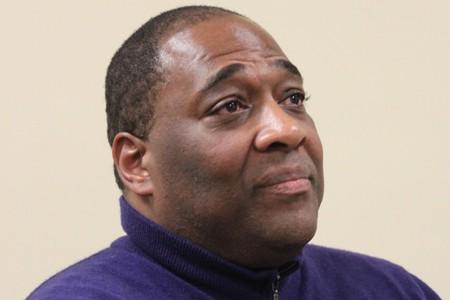 Criminal warrants have been issued for the arrest of Terence McPhaul, the controversial executive director of YouthPride, after a former landlord pressed charges against him for writing nearly $4,000 in bad checks to pay for rent for the LGBT youth organization.

The checks, written on YouthPride’s account, were for $1,800 each and were to pay for rent in November and December of last year while YouthPride was located at 115 Martin Luther King Jr. Drive. The warrants were issued by Fulton Superior Magistrate Court on Feb. 3 after McPhaul did not appear for a court hearing on Jan. 31.

Bonnie Stinson, who rents and manages the space on the fourth floor of the building owned by Creations Group located at 115 Martin Luther King Jr. Drive, said she had no choice but to press charges against McPhaul after he continually refused to pay rent for YouthPride ― and then when he finally did pay rent she said he wrote two checks that were returned for insufficient funds.

A penalty for writing a bad check in Georgia for more than $500 is considered a felony and if found guilty, the check writer can face up to three years in prison and a fine.

When reached Tuesday by phone, McPhaul refused to comment.

“I’m sick. I’m in a shitty mood. I made it clear for you to never call my personal number. YouthPride is closed today,” he said. When asked about the criminal warrants, he hung up the phone.
McPhaul signed a year lease to use the fourth floor of the space on MLK Drive for YouthPride, Stinson said. He received one month free but never paid rent. When he was faced with eviction he wrote the checks that bounced, she said.

“Because it was a youth group, I didn’t have a problem renting to them. I gave them more latitude than a normal tenet. And I think he uses that to his advantage. He says he is helping kids, but I don’t believe that,” Stinson said.

“He would always say ‘Give me two weeks.’ Then he got sick and got sick again. He said he was in the hospital. He kept saying he was waiting for a check,” she said.  “And we saw checks come through to YouthPride from places like Coca-Cola, Bank of America, Sun Trust. These checks would be coming in but he would always say these were the small checks and he was waiting for a larger one to pay the rent with.”

Stinson also said she never saw youth at the building. Instead she saw college students from Spelman and Georgia State University who would make phone calls to various businesses asking for money.

“He’s not helping these kids. He’s raising the money for himself,” she alleged.

Stinson said she pressed criminal charges against McPhaul because she believes he has to be stopped from taking advantage of others.
“He’s stiffing people and leaving them high and dry. I really thought we were helping a youth group. We were giving them the benefit of the doubt.

“He kept on until he found another space,” she added. “He’s just full of game and tricks. It’s not even about the money he owes now, it’s the principle of the matter. He’s taking advantage of these kids and the name of YouthPride.”

Long history of non-payment of rent

As the executive director of the beleaguered YouthPride, McPhaul has a long history of not paying rent to landlords.

In June 2013, YouthPride was officially evicted by Fulton County marshals from its location at 955 Washington Place SW in the Ashview Heights neighborhood after non-payment of rent for one year.

In June 2012, YouthPride was forced to move from its home at Inman Park United Methodist Church after the church sued the organization for more than $50,000 in back rent.

YouthPride’s troubles began in December 2011 when the organization put out a public call via Facebook it needed to raise $40,000 by the end of the year or its doors would be closed. But under the direction of McPhaul, the organization continues to exist.

Soon after news of YouthPride’s dire financial straits made headlines, it was also learned the organization, founded in 1995, had no viable board of directors. Today, YouthPride’s leadership remains a mystery. While it’s by-laws require five board members, there are only two publicly-known board members ― Tracee McDaniel and Theresa Willis. They have declined comment.

The leadership troubles also led Fulton County in August to take legal action to be repaid more than $18,000 of a $40,000 grant awarded to the organization for 2011-2012 for not providing mental health/counseling services as mandated by the grant.

Later in August, the federal Americorps VISTA program pulled its funding and volunteers provided to YouthPride because, “YouthPride is still in the process of recruiting to fill all their agency board of director positions which confirms lack of leadership necessary for the program to sustain its initiatives.”

Where is YouthPride located now?

In December, McPhaul made a YouTube video in which he sang a tune announcing YouthPride’s new location at 72 Broad St. in downtown Atlanta and a “Mingle and Jingle” party to celebrate the new venue. However, during a recent visit to the site, the location was closed and empty except for a
YouthPride sign that could be seen from the doorway.

In a Feb. 4 email exchange, McPhaul explained YouthPride was closed because Atlanta Public Schools were closed during the snowstorm that slammed the city at the end of January. He also said the group was not yet meeting at 72 Broad St.

When asked via email where youth were meeting while the organization awaits new furnishings, McPhaul responded with this statement, “As a reminder to LGBTQQ youth, 13-24 years of age only, if you possess a YouthPride security code, which you get when you, or your parent or legal guardian, has signed the new YouthPride Legal Policy Form, you can be included in text messages, mailings, and emailings regarding news, events, field trips and meetings. If you have questions just email us at youthpride@youthpride.org.”