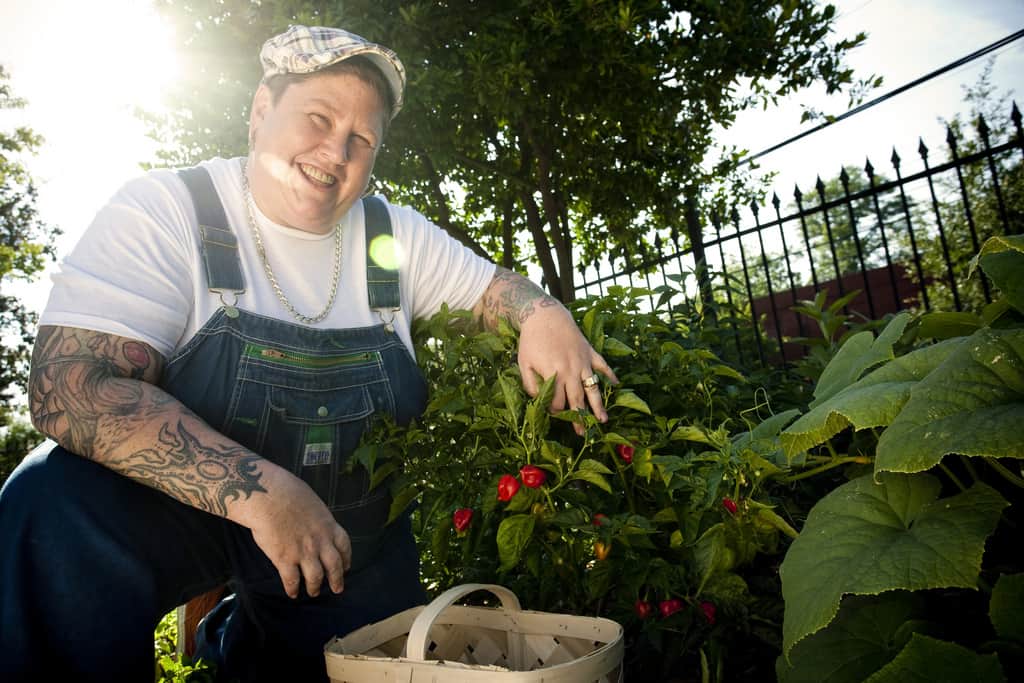 The late chef Ria Pell, who died suddenly on Nov. 24, will be honored during opening ceremonies of the Decatur Women’s Softball League on Friday.

“Even though I never met Ria I’ve seen what she’s meant to so many people. And after meeting her friends and supporters I think its important we recognize her,” said Anne “Sarge” Barr, commissioner of the league.

Not only will she be recognized during the ceremony, but a new Bluebird team has been added to this year’s roster with players wearing t-shirts purchased from Pell’s beloved restaurant, Ria’s Bluebird.

“We want to thank her for being an LGBT leader and a leader for all for us. When I saw the outpouring of support for her after she died I felt it was only right for us to show respect too,” Barr added.

The opening ceremonies begin at 7:30 p.m. at Kelly Cofer Park located at 4259 N. Park Drive in Tucker.  Rev. Kathy Burton of Decatur United Church of Christ will offer a prayer for safe play and also say a few words of appreciation for Pell and her contributions to the entire city.

The host bar after the games will be held at Pallookaville in Avondale Estates, a restaurant owned by Pell’s close friend Jeff Stacy. Stacy married Pell and Carr and also gave the eulogy at Pell’s funeral.

He and his restaurant are also strong supporters of the LGBT community and Pallookaville is hosting a fundraiser in May for the Georgia Safe Schools Coalition, an organization working to establish safe spaces for queer youth.

One of Pell’s friends will throw out the first pitch and then one of her favorite songs will be played. Then, to kick off the season, the Bluebirds will play in the second game.

“I’m so happy it’s gone on for so long. Many women have met lovers, their wives, while playing in the league. We need to get an update on the number of weddings, too. Plus, everyone gets some exercise,” Barr said with a laugh.

Pell was named GA Voice’s Person of the Year for 2013.