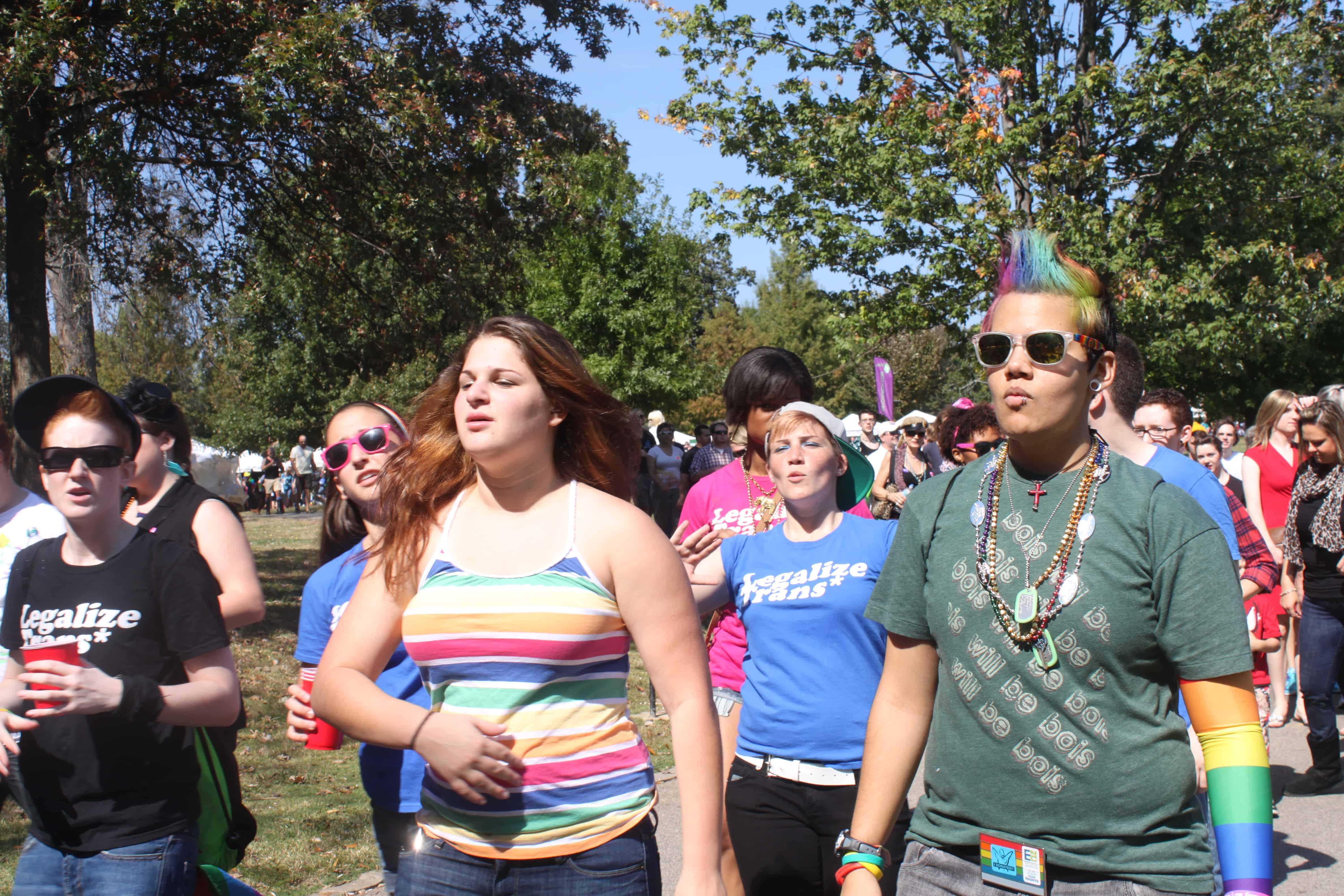 Dyke, Trans Marches ensure visibility for everyone at Atlanta Pride

Visibility and inclusiveness have always been two of the main goals of Atlanta Pride and nowhere is this more apparent than during the Dyke March and Trans March. 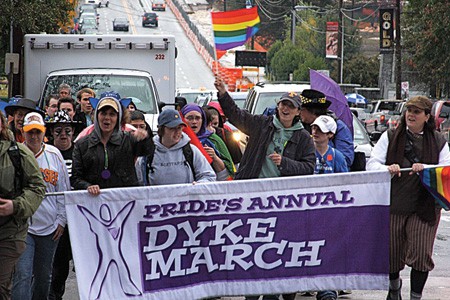 The Dyke March has been an official tradition in Atlanta Pride celebrations for more than 20 years. Lesbian activists, known as the Lesbian Avengers, Queer Nation and the National ACT UP Women’s Committee, organized a march on April 24, 1993, to coincide with the March on Washington for Lesbian, Gay and Bi-Equal Rights for Liberation. The March was organized again in June, the day before New York City’s Pride, and the tradition was born.

While the Dyke March wasn’t officially part of Pride celebrations until 1993, Atlanta was ahead of the curve. Organized by the Atlanta Lesbian Feminist Alliance, Atlanta’s first Dyke March took place in 1983.

“The Dyke March is an opportunity for all women loving women, trans-inclusive, of any race, culture, orientation, ability, health, socioeconomic level, family structure, faith, or age to come together and be proud of who we are,” says Laura Barton, event manager for Atlanta Pride.

“I think the Dyke March is encouraging gay women to celebrate the word and diminish the negative connotations that are often associated with it, and to increase visibility within our community,” says Christin Christo, who will be marching for the first time this year.

The Trans March organized to bring awareness to the LGB communities attending Atlanta Pride that the “T” is not silent.

“The Trans March is particularly important because unfortunately we still live in a society where trans people are systematically marginalized,” says Barton.

The Atlanta Trans March is celebrating its sixth anniversary this year. Due to increased attendance, Atlanta Pride is taking the march to the streets rather than through the park as in years past. The Atlanta Trans March’s objective is to provide a place for trans-identified people to rally, to stand up and come together in solidarity. All trans-identified people, their friends and allies are welcome to march. The march is expected to bring upwards of 200 attendees this year.

“I’m excited to march because the oppression of transgender people is something that is still tolerated under some of the current laws and policies. I hope that our presence will help encourage a more respectful dialogue about transgender inclusion within the larger LGBTQ movement,” says Sebastian Beckham Nix, an activist whose truck will be leading this year’s march.

Atlanta Pride is the official sponsor for both marches and will be providing a trolley to ride in for those who cannot march as well as a DJ and chant leaders for each of the marches.

Both marches path start at Piedmont Park’s Charles Allen gate and travels up 10th Street and back into the park from the 14th Street entrance.

“The Dyke and Trans Marches create an atmosphere of inclusion and give us a space to celebrate our diverse communities,” says Barton. “We take this celebration to the streets to promote visibility and show the city that we will not be silenced.”