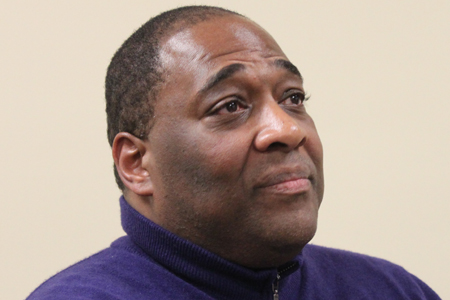 AmeriCorps VISTA members assigned to work at YouthPride raised concerns in early 2013 about the management of the Atlanta LGBT organization, prompting an investigation by the federal program that questioned the “overall stability of the project” and resulted in YouthPride losing the chance for future funding.

AmeriCorps VISTA, founded in 1965, is a national service program with a mission of fighting poverty. Members sign on for a year with the program to work with specific nonprofits or public agencies. The Corporation for National & Community Service oversees the program.
There were four VISTA members assigned to YouthPride beginning in November 2012 to assist in such categories as grant writing and volunteer recruitment.

The GA Voice received correspondence between the Georgia State Office of the VISTA program and Terence McPhaul, executive director of YouthPride, through a Freedom of Information Act request made on March 4 and received on July 29.

The correspondence received through the FOIA requests dates from mid-January through March 5. It shows VISTA members first raised questions about YouthPride on Jan. 16 to the CNCS Georgia State Office, followed by a Jan. 21 email to the CNCS Inspector General.
VISTA leaders then asked McPhaul to address a laundry list of allegations from the VISTA members who had worked onsite at the youth agency.

McPhaul was asked to address, among other issues, his filing of numerous lawsuits; alleged low attendance of youth at the center’s location at 955 Washington Place; and alleged pornography on the computers located in the center.

He was also asked to respond to allegations that the center did not pay its utilities in the winter and resorted to heating the space with the oven, that discussion groups were not held regularly, whether HIV testing and counseling were being provided as advertised, and even if McPhaul was living in the home at 955 Washington Place that served as the YouthPride center.

McPhaul denied all of the allegations in a lengthy Jan. 28, 2012, email to Rochelle Barry of the Georgia State Office. He also blamed the GA Voice (which he described as a “gay blog”) for many of YouthPride’s troubles.

In responding to the question about the lawsuits, McPhaul said GA Voice Editor Laura Douglas-Brown and former YouthPride counselor Tana Hall are best friends and the “gay blog” reported erroneous stories about the organization.

When YouthPride “requested and demanded that erroneous information be corrected, the blog writers, and the powers that be, never printed a retraction. It became clear that there was no plan to write an article that was neutral, accurate, or based in the tenets of journalism,” McPhaul stated.
McPhaul added he has not received a paycheck from YouthPride in “many months,” saying he has “prioritized the health and strengthening of the YouthPride brand way above my own needs.”

GA Voice began reporting on YouthPride’s financial straits and questionable leadership in December 2011, after the organization’s board chair and McPhaul issued dire calls for funding.
Subsequent questions from GA Voice revealed YouthPride was operating without the five-member board required by its bylaws and the full board had not met since December 2010. An independent, ad-hoc committee formed to try to help evaluate YouthPride’s financial status, determining the agency was in crisis.

In June 2012, YouthPride was forced to move from its location at Inman Park United Methodist Church for nonpayment of rent. The youth group then moved to 955 Washington Place, the location where the VISTA members served.

YouthPride was officially evicted from 955 Washington Place by Fulton County marshals June 28, 2013. Its location is now listed as 807 Atlanta Student Blvd., within the Absalom Jones Episcopal Center at the Atlanta University Center.

Rochelle Barry of the Georgia State Office replied to McPhaul’s answers and gave reasons the VISTA program was being discontinued at YouthPride.

“YouthPride is still in the process of recruiting to fill all their agency board of director positions which confirms lack of leadership necessary for the program to sustain its initiatives,” Barry wrote.

“[Y]ou note that, ‘I have not received a paycheck from YouthPride in many months.’ This statement raises the question as to whether there will continue to be YouthPride staff to manage the YouthPride Inc. VISTA program through Nov. 2013 and the overall stability of the project,” she continued.

Samantha Jo Warfield, acting press secretary for the Corporation for National & Community Service, told GA Voice that CNCS had “substantial concerns” about YouthPride’s compliance with the VISTA project, including supervision of VISTA members, so the members were removed and assigned to other projects.

“Although CNCS initially suspended YouthPride, it was determined that a more appropriate procedural action was for CNCS to deny any refunding of the organization,” Warfield said.

In a statement to the GA Voice about being cut off from VISTA, McPhaul said, “There was correspondence between Rochelle Barry, and myself. There were meetings as well. In this correspondence you should see, someplace, direct reference to the deliberate damage caused by erroneous information deleteriously placed by your organization’s BLOG, and the paper version of the GA Voice BLOG.

“Be certain that this matter is not going away as it did cause harm to YouthPride. I’ll be certain to keep you informed on its status — or someone will.”

Editor’s note: GA Voice Editor Laura Douglas-Brown and former YouthPride employee Tana Hall met as teens when they lived in different cities but attended the same summer camp. They currently see each other 2-3 times per year at community events or with mutual friends. This has no impact on GA Voice coverage of YouthPride’s struggles, which have been widely documented by two evictions and multiple community activists.

Details about AmeriCorps VISTA volunteers’ concerns about YouthPride are contained in a series of emails between VISTA staff and Terrence McPhaul, executive director of the LGBT youth agency.

The emails were obtained by GA Voice under the federal Freedom of Information Act. Here are some of the allegations and responses they contained:

McPhaul’s response: “Who questioned this? The VISTAs’ office and all work stations were located downstairs, there was never a need to be upstairs.

“I work seven days per week, it is true, and many weekdays 16 hours with Saturday being usually 10 hours and Sunday 8 hours, but I have my own place to live. I have missed family birthdays and special events, funerals and celebrations; to the extent that I have lost really good friends because of my devotion to YouthPride,” he stated.

McPhaul’s response: VISTA members started working in November and December, the slowest months for the organization. He added that YouthPride intentionally downsized attendance in facilitated groups.

While YouthPride at one time had perhaps 30 people in its Young Adult Group, “no clinical significance” could be achieved in a group that size and the ideal group is to be six to eight people, McPhaul stated.

McPhaul’s response: He was told there was pornography on a computer but when he checked it, he found no such image.

Allegation: HIV testing and counseling were not being provided as advertised.

McPhaul’s response: McPhaul called it “absolutely insulting” for someone to accuse YouthPride of not actually providing HIV testing or counseling services.

“YouthPride wants youth to feel comfortable and safe reaching out for these services so we do not make statements like ‘hey Joey is suicidal and wants to see a counselor today” or ‘Rob just had a sexual encounter and wants [an] HIV test,’” McPhaul wrote.

On counseling, McPhaul added: “As a person who has had to take calls from the 24/7 Helpline at 1 a.m., 2 a.m., 3 a.m. and other times, this is a duty that is never handled and would never be the responsibility of VISTA until there is a need to recruit more volunteers in this area …

“Moreover, the VISTAs do not supervise myself, the counselors, or the HIV tester(s) so they would not have been given this information. If they were to be around long enough, and if the VISTAs worked every single day, and were at YouthPride early in the morning like the ED, counselors and social worker, they may have learned more through vicarious means at a minimum.”

Allegation: YouthPride utilities were unpaid and an oven was used to attempt to heat the space.

McPhaul’s response: McPhaul said it was not true that utilities weren’t paid or the oven was used. He stated the furnace broke and was repaired after several days by the landlord. Utilities were part of the rent, McPhaul said.

There was one day when McPhaul said he sent VISTA members home because it was too cold in the facility and space heaters were later used until the furnace was fixed.