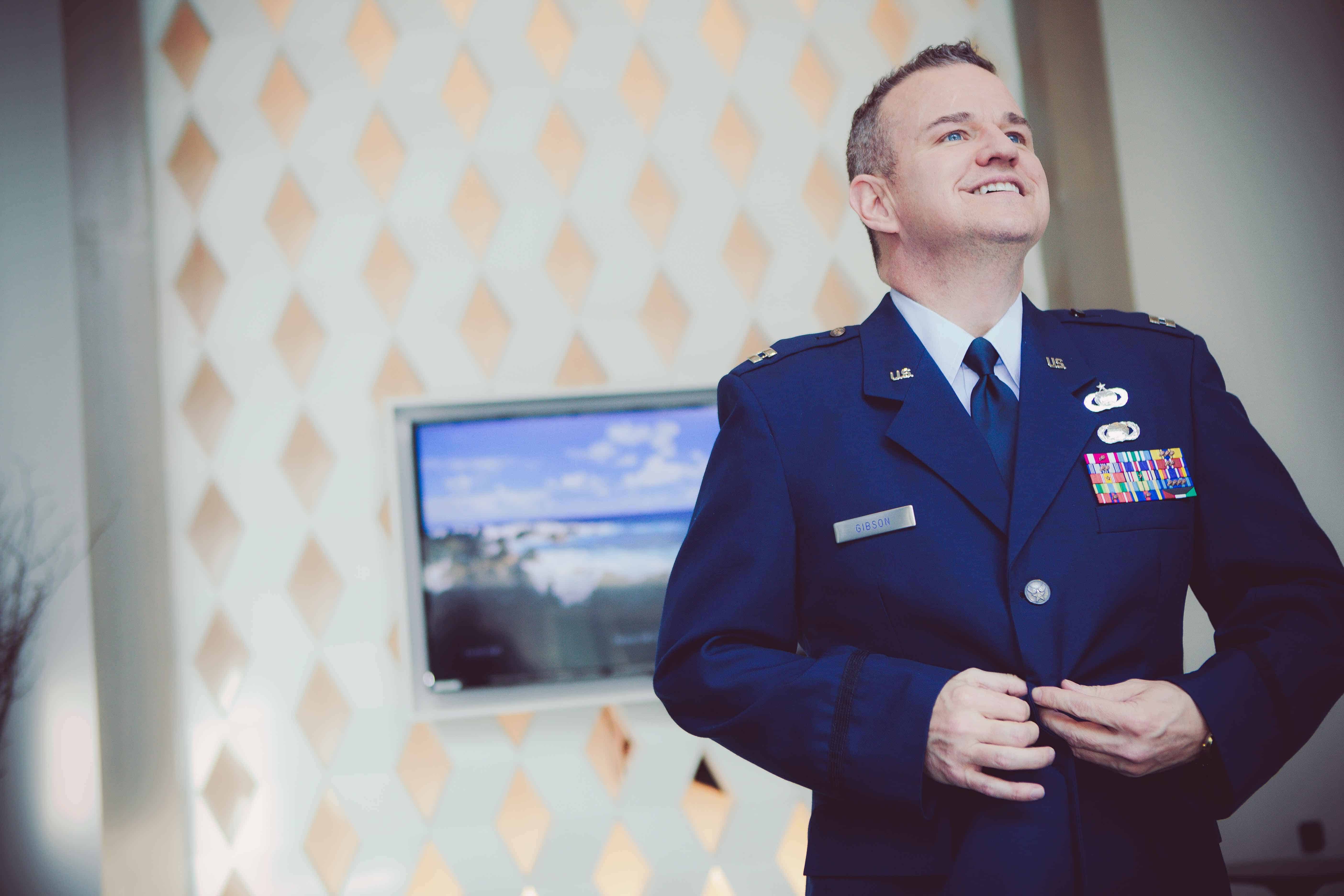 An Atlanta-based LGBTQ veteran, Mark David Gibson, has released a new book. In his autobiography, Gibson, a retired Air Force Captain, writes about his time in the service and his struggles with addiction.

The memoir is titled “Served in Silence,” and discusses Gibson’s experiences in the military during the “Don’t Ask, Don’t Tell” era. Gibson was a stalwart of the USAF for 20 years: first as an enlisted man for a decade, followed by another ten as an officer. During his service career, Gibson was deployed in Afghanistan on multiple occasions.

“Served in Silence” is the story of what Gibson calls “a double life.” Throughout his career, Gibson struggled with the disease of alcoholism, which almost claimed his life. Post-traumatic stress disorder followed him after the war, leading to a dramatic turnaround and activities with the Small Business Administration. The celebration for his book launch took place at the famous and historic Fox Theatre in Atlanta on March 31. Gibson took Georgia Voice down the long, tumultuous path he walked before he became an author.

Gibson wrote that he was “just a small town boy from upstate New York, I didn’t have a lot of options after high school.” He saw the military as a way out: “I was bullied in school, which caused me to accelerate my graduation plan.” He took two years in one, graduated at 16, and was in the Air Force at 17.

It was an excellent choice. “I loved being in the military,” Gibson said. “In the Air Force, I was honored to serve with some great Americans. Integrity first, service before self and excellence in all we do were the core values I lived by then and now.”

“Looking back now,” he continued, “my only regret is the fact that I never was able to bring my true self” in his day-to-day life. “Imagine if you will that you have blue eyes and every day you present yourself to the world never being allowed to say or admit you have blue eyes.” Circumstances forced him to place a “filter” over who he was.

Gibson said that the most challenging part of the military “was the dehumanizing and discriminatory Don’t Ask, Don’t Tell [DADT] policy.”

He said that “The military never got to experience me as a whole person. It was too dangerous to reveal my true identity even under the DADT policy. As a highly decorated officer, I can only imagine the other greatness I could have achieved if I were allowed to bring my full 100 percent authentic self to the day.”

The dehumanizing effects of DADT wore on Gibson: “As a result of the pain of living in the shadows, I began a downward guilt/shame/secrecy spiral.” DADT mixed with alcohol abuse and with PTSD — an “extremely dangerous mixture,” Gibson said. “The only comfort or pressure relief came from alcohol. It was a vicious cycle. I was slowly decaying from the inside out.”

A moment of truth arrived. Gibson knew it was a “do or die situation.” The night before he left for the Iboga House (a treatment center in Costa Rica) Gibson “armed” himself with “everything I had within me to do battle with both alcohol addiction and severe PTSD.” The doctors warned him he’d be dead in a couple of years if he kept drinking. “My liver and kidneys were failing,” he continued. “But here I am many years later to tell my story!”

The storytelling impulse drove him to write his book. The time was right, Gibson said. He knew the moment had arrived when he finally “overcame the obstacles and hazards of living a life that was not authentic.” He noted that he had won his battles with alcoholism and post-traumatic stress disorder, and had “found my way out of the darkness of shame and secrecy.” He wrote his book not just to tell his own story, but to help others. He said that he intended to use his memoir to “help others identify the hazards of not living authentically.” Perhaps they could use his “as a roadmap to avoid these hazards.”

Gibson told Georgia Voice that he dedicated his book “to my fellow military members who served in silence, or currently serving in silence, and those that struggle to live authentically. My hope is that people can learn from the hazards of living in the shadows of darkness as ‘less-than’ and see the unimaginable joy that comes from a life lived authentically.”

If you are blocked from living authentically, Gibson said, then your potential is blocked as well. This was true both in personal and professional life. “I hope our country can learn from DADT and continue a path of inclusion for all citizens who want to serve their country proudly and openly.”

Most of all, Gibson said, “I want readers to learn that once in alignment and living an authentic life — get ready to experience un-imaginable joy and success personally and professionally. Live on!”