There I became friends with a gay college art student, a bisexual punk rock chick and a straight beauty queen. We joked we were our own “Breakfast Club.” I was presumably straight. They were at my high school graduation.

When it was time to receive my diploma I received a standing ovation, and I had this Sally Fields revelation that people really liked me and I burst in tears. Later I met up with my gay friend and I began to tear up again and he leaned in and kissed me.

Six years later, I applied to seminary and in doing so I knew that I had to be out in every facet of my life if becoming a rabbi were to have itegrity. And so shortly after telling my parents I was becoming a rabbi, I surprised them again by telling them I was gay.

I went to a traditional Jewish day school so I received loudly and clearly the message that homosexuality was a sin, which delayed my coming out and had me fear losing everything I held dear.

On the other hand, I was given the messages that social justice was a precious value and that each of us had a part to play in restoring the world and reaching out to others. Similarly, the ability to question and think critically were spiritual gifts given to me in school. Together they were lifelines to reconstruct a contemporary Judaism building on a feminist reinvesting of Judaism that allowed me to find a way back to my spiritual life.

I also cannot forget how my sister who had the same education would remind me that love was holy. When trying to come out to my parents, she encouraged me to do it over a Shabbat dinner. Connecting this truth to the sacredness of the holy day and to family was a beautiful gift and way to frame my sexuality and identity as holy and a part of my spirituality.

Ultimately, though I could not get the words out of my mouth and left them a letter, but my sister’s vision remains with me as the right way to claim all of who I am, a gay spiritual Jewish man. 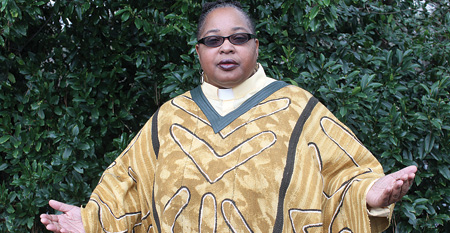 Coming out for me is an ongoing process as opposed to a specific event. I came out to myself and my maternal grandmother when I was 11 years old. I came out to most of my family and friends in my 20s.

Then in my 30s I came out to myself and others who were interested as same-sex attracted and un-apologetically Christian. I am 48 years old now and I suspect that my journey will take me to places where I will have to come out again and again.

Religion delayed my ability to come out publicly and to accept my coming out to myself because my religion had taught me to hate who I am. I spent several years trying to be straight and/or trying to die. 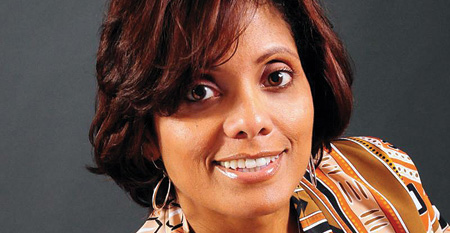 I came out to myself over 30 years ago when I recognized my attraction to women. I came out to my family about two years later when my mother asked if I was gay. I initially told her I was bisexual to try to soften the shock. I fully came out to the rest of the community about 17 years ago after leaving a denomination where I could not serve as my full, authentic self.

I have had a strong belief in God throughout my entire life. My awareness of God helped me through times of abuse, loss, fear and loneliness. I could not understand how good Christian people could condemn me to hell for loving someone of the same gender.

That did not sound like the view of the God who was present with me through life while knowing my full identity including my sexual orientation. The God that I knew was a God of love, inclusion and liberation. I fully embraced myself as a same-gender-loving woman because I knew God embraced me. 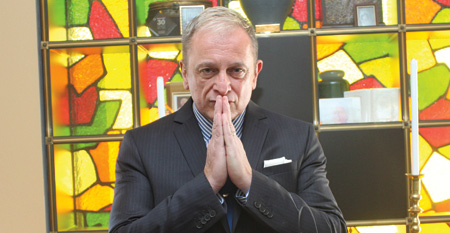 It was 6 a.m. on a Sunday morning in May 1989. I was alone in the fundamentalist Assemblies of God Church I pastored. I was preparing for Sunday worship and I paused, questioning who am I and what am I doing as I struggled with the inner truth that I was gay. I was in a homophobic world that taught me self-hatred and shame and its message was in total conflict with my personal experience with the Divine.

I began to pray the prayer I’d prayed all my life since age 9 when I first became aware of homosexuality. “Lord, make me the man you want me to be,” I prayed and I felt as if a voice inside said, “I did. You are the man I want you to be — a gay man.”

It was a great moment of self-acceptance and I began to shout out loud, in the sanctuary, “I’m gay, I’m gay, I’m gay.” Fortunately I was all alone. The power of accepting who I am and my truth was so amazing it ignited my spiritual, emotional and physical life.

I resigned my church that day and began an exciting journey of living, loving and pastoring just as I was intended to. I transferred my credentials to a one of the oldest inclusive denominations in America, the Metropolitan Community Church, and never looked back.

I was a preacher’s kid and I knew God loved me in spite of what the church or my father, a Pentecostal pastor, said. It wasn’t so much religion and its rituals that played a role in my coming out but a spirituality shared through my religious experience that called me to a greater understanding of who I was and my purpose in this world.

This spirituality expressed in an awareness of who and what God really is called me to look beyond the messages of self-hatred, fear and ignorance to experience the power of living and loving as we are intended to be. 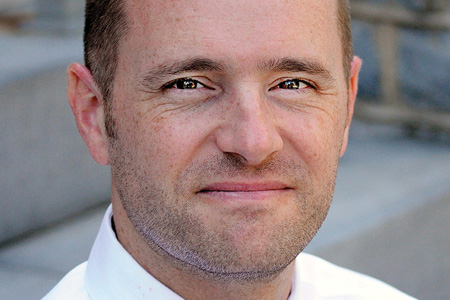 I came out during my first year of seminary at Emory after a long discernment process with my faith, and reframing the word “gay” for myself, because it had been used as a derogatory term toward me growing up.

Once I met other people of faith who were openly gay and living lives of integrity and love, and embraced the term “gay” as a connection with an amazing community of people like me instead of a term that was meant to make me feel bad about myself, the rest was easy. I busted out of the prison that was in my own mind.

I was fortunate to have had a great experience in church growing up. I had lots of mentors in church who cared about the needs of the poor and oppressed and taught me that loving God involves finding out who is oppressed in any given situation and making sure I’m standing on the same side that they are.

In seminary, I had the opportunity to study the original language that the scriptures were written in, as well as study the evolution of Christian thought … and realized that the central message of loving God, self and neighbor was a constant, whereas cultural norms were constantly changing but seemed to be evolving toward inclusion of all people as children of God.

Once I finally came out of the closet, I felt a huge weight lifted and knew that embracing all of myself was indeed an act of loving God, self and neighbor. 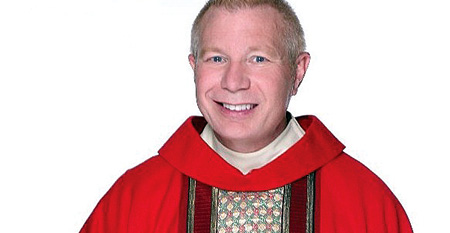 I came out in seminary at Emory when I fell in love with a gay classmate. I came out very publicly when the MCC was fire-bombed and the police called me at home. I came down to the church and my picture ended up on the front page of the Atlanta Journal & Constitution Sunday edition.

My parents are poor rednecks from South Georgia but the one thing they made clear to me was that no matter what happened in life they loved me. Somehow I always believed that God was like that and so it felt safe to deal honestly with who I was.

When I met my partner it was the most natural thing in the world to get married in a church, even though that was 1980. 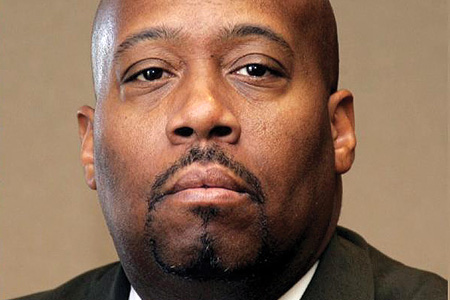 The short version is that I was outed by my ex-wife. The church then discovered that I was same-sex attracted and attempted to “deliver” me. After several episodes of this failed attempt to “deliver” me, I delivered myself from the bondage of oppression I experienced in that church and into the wonderful bliss I experienced when I finally knew that God created me to be gay.

Interestingly, religion contributed to my internalized homophobia and my self hatred. But today, it is religion, so to speak, that ushered me (no pun intended) into the realization that denial of my sexual orientation was a denial of one the greatest gifts that God gave me.

Religion created a thirst in me that could only be quenched by understanding why God would create someone that he detests or by understanding that this statement was absolutely wrong. My former church taught me that that God could not and would not love anyone who is same-sex attracted. I was taught that my very presence as a gay man would cause God to vomit.

It did not make sense to me and I knew I did not “choose” to be gay so I continued to seek God’s voice and God spoke clearly through my denomination which taught me that “God loves me just the way that I am.” One might say I lost God and found God through religion. 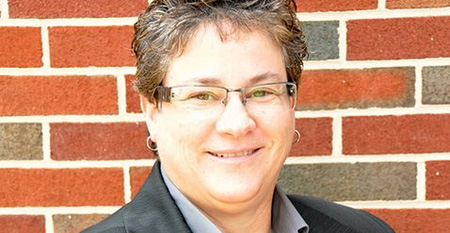 In 1998 I came out or was outed by my family who noticed me with a woman and asked if she was a lesbian.

Religion was a big part of my life and it took a lot of studying scripture and talking with others to understand the Bible is for me, not against me. 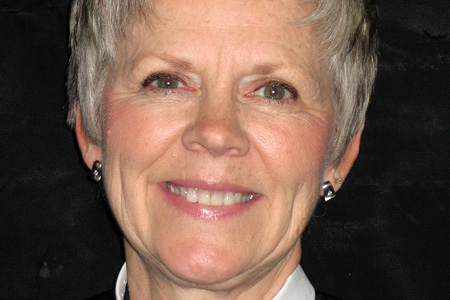 I came out when I fell in love with a woman. That was in the late ‘80s. Coming out was easy — because it made my life make sense. All the details were more challenging — the usual church and family issues.

When I stepped into an authentic life, I was finally able to “get” what God was nudging me to do. This is significant, as it taught me the importance of telling the truth regardless of the consequences. At my ordination, the primary promise that I made to God, myself, and the Church was to tell the truth as I see it — spiritually, theologically, politically, personally and pastorally.