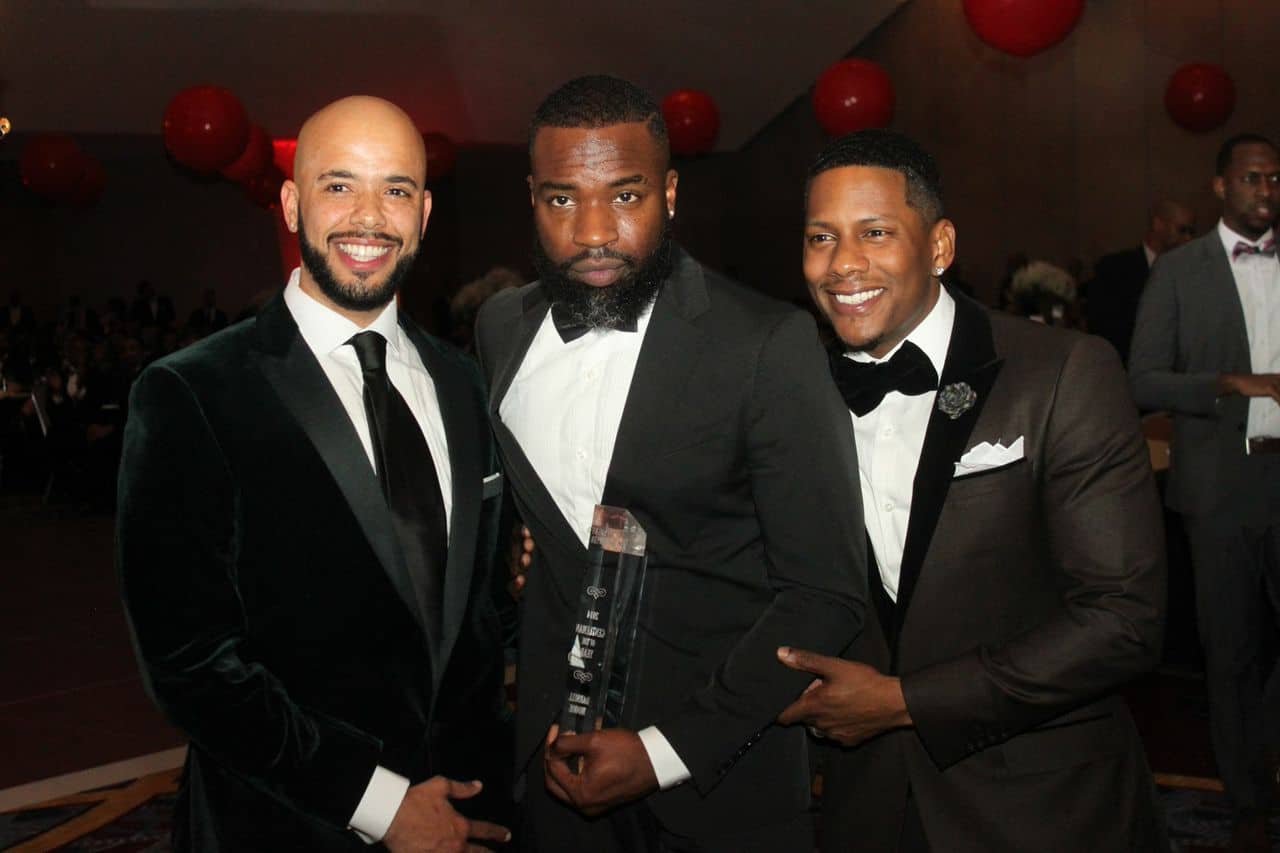 It was an amazing night to honor black gay LGBT activists and gentlemen at the third annual Gentlemen’s Ball on Sunday, Dec. 7. Held at the Marriott Marquis in downtown Atlanta, hundreds gathered together to celebrate and also raise funds for the Gentlemen’s Foundation, a nonprofit formed earlier this year to raise awareness of black LGBT issues, support black gay students and establish a mentoring program titled “Impact,” which launches Jan. 15, 2015.

Juan and Gee Session-Smalls, the married Atlanta pair who run the blog LoveWorks, founded the Gentlmen’s Ball “as a celebration of the true gentleman, which we believe is someone who stands proud in their truth, they’re confident in themselves and they’re giving to their community,” Gee says. “We highlight a lot of those in our community who are making strides and helping to change the face of what mainstream society, and sometimes even within our own community, of what a minority LGBT person looks like.”

Among those receiving honors were the Gentleman of Service, Holiday Simmons, Director of Community Education and Advocacy at Lambda Legal; the Gentleman of Excellence, Carlos King, a producer of reality TV shows such as “Hollywood Divas”; and the Gentlemen of Promise, David and TreDarrius Anderson, touted as the youngest married black gay couple in America and founder of the Guys With Pride campaign. Among the celebrity guests in attendance were “Real Housewives of Atlanta” stars Lawrence Washington and Cynthia Bailey.

Named as the Gentlemen of the Year was Darnell L. Moore, a writer, activist, and educator. Along with former NFL player Wade Davis II, he recently co-founded YOU Belong, a social good company that launched the first ever LGBTQ youth summer camp in the U.S. pairing professional athletes with LGBTQ youth. Moore gave a rousing and inspirational speech that is very much worth listening to.