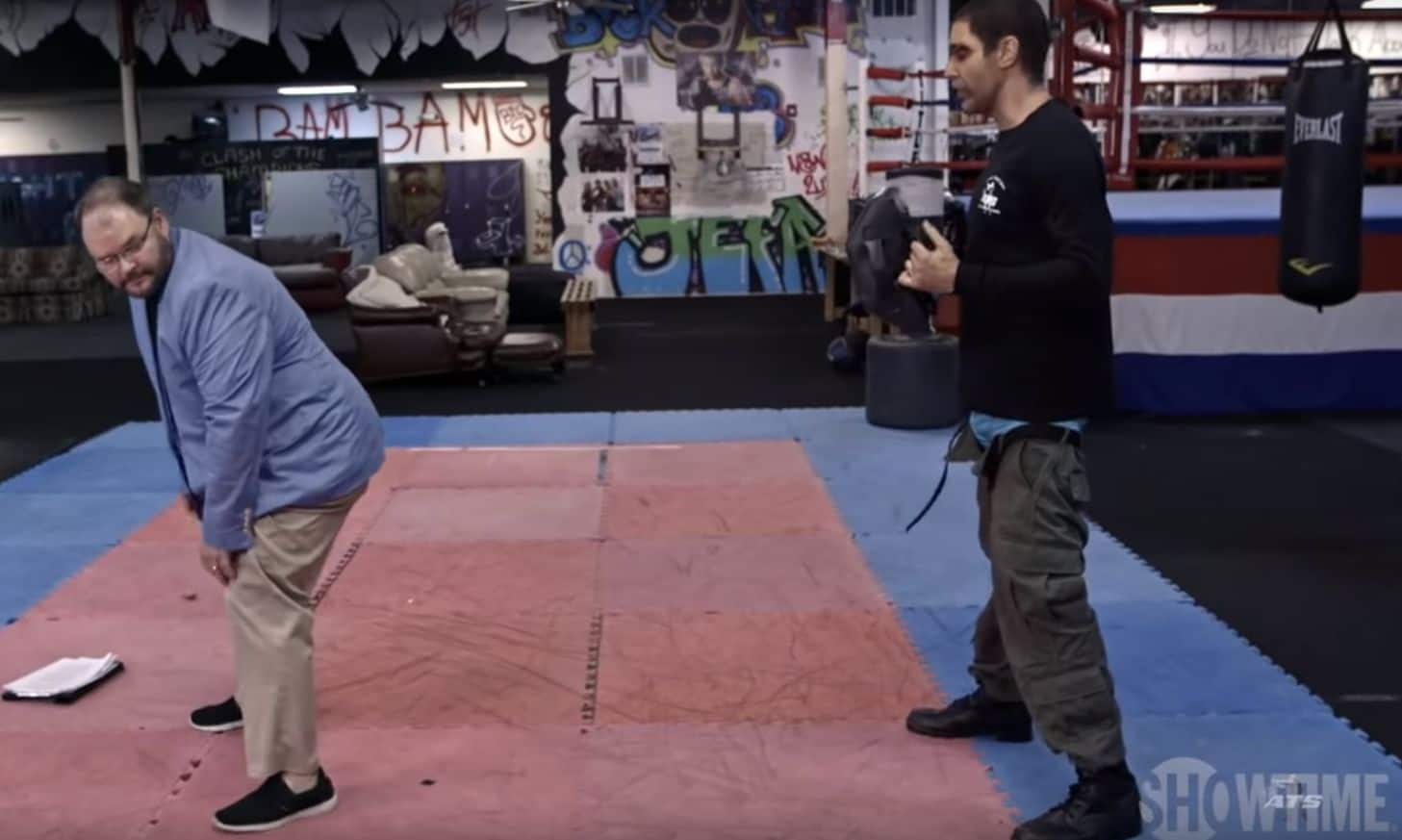 Sacha Baron Cohen’s newest Showtime series, “Who Is America?” is making waves across America – and especially in Georgia.

After exposing himself and shouting out numerous epithets on Cohen’s program, Georgia State Representative Jason Spencer, a Republican from Woodbine, has announced he intends to resign, and that this resignation will be effective on July 31.

In the Showtime episode, Cohen’s character, an Israeli commando expert, convinced Spencer to partake in what Spencer was told was a counter-terrorism video.

Spencer then proceeded, on camera, to expose himself, to yell patriotic slogans, and to scream various racial slurs. Spencer was told that these acts would ward off homophobic militants.

As reported by Project Q, “Georgia state Rep. Jason Spencer bared his buttocks and chased Sacha Baron Cohen around a room yelling ‘I’ll make you a homosexual’ during a racist and offensive segment on Cohen’s new show.”

Spencer’s resignation comes after waves of criticism from within and without his own party, including outgoing Georgia Governor Nathan Deal. The lawmaker had initially resisted these calls, but submitted to overwhelming pressure, including a proposed joint ethics complaint.

The Atlanta Journal-Constitution reported that Spencer said “Sacha Baron Cohen and his associates took advantage of my paralyzing fear that my family would be attacked.” Spencer added that he believed these techniques would deter “what I believed was an inevitable attack.”

Cohen, who is known for a long history of pranking public figures, has received attention for his recent prankings of Bernie Sanders, Sarah Palin, and various other political and cultural eminences.

Even without Cohen, Spencer is no stranger to controversy. In 2016, the Camden County representative voted for a religious freedom bill which was condemned by LGBTQ advocacy groups as anti-gay.

In April of 2017, Spencer drew criticism when he warned his colleague, African-American Democratic Representative LaDawn Jones, not to advocate for the removal of Confederate statues in south Georgia. Spencer said Jones would not be “met with torches but something a lot more definitive,” that “people in South Georgia are people of action, not drama” adding that people who didn’t understand “will go missing in the Okefenokee.” Spencer later said that these were not threats.

Spencer lost the GOP primary in May. He would otherwise have served out his term through November.