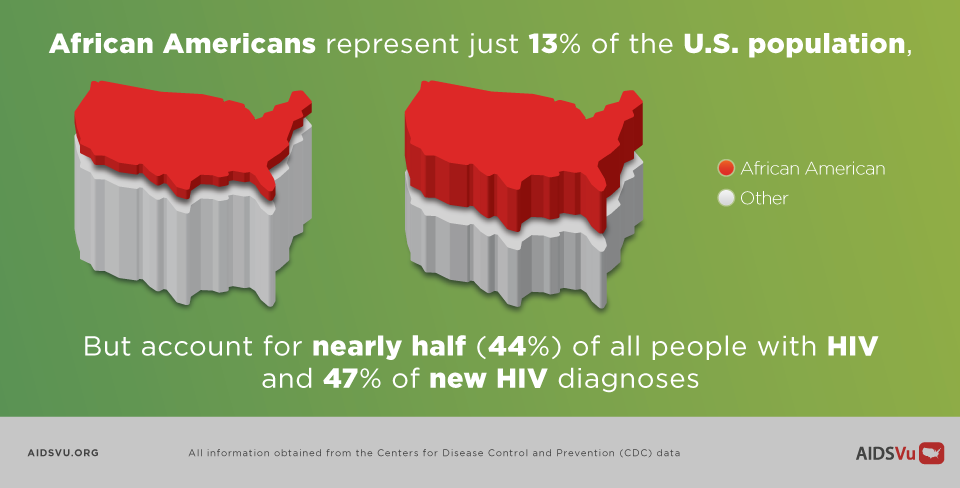 The Georgia Legislative Black Caucus is set to hold a public hearing next week to bring awareness to the state’s high HIV infection rates, especially among African Americans including black gay men and transgender people.

The public hearing on Tuesday, Feb. 10, follows National Black HIV Awareness Day on Saturday, Feb. 7. This is the first time the caucus is holding a public hearing on HIV/AIDS and will include state legislators, state and local public health officials, researchers, HIV advocates and those living with HIV.

“The GLBC has taken a special interest in working with public health, HIV advocates, and members of the black and LGBT communities to address the sexual health disparities in our state,” said GLBC Chair and State Rep. Dee Dawkins-Haigler (D-Lithonia) in a press release.

“Georgia and Metro Atlanta continue to rank at the top of the list in the U.S. for new cases of HIV and other STDs and it’s long overdue for state legislators to engage with our public health and community leaders working daily to end these disparities, so we can determine how we as state leaders can best aide their prevention efforts,” she added.

There’s no denying the staggering effect HIV/AIDS has had on the Atlanta and Georgia population, especially the black gay and bisexual men:

• Georgia ranks fifth in the U.S. for new cases of HIV and No. 1 for primary and secondary syphilis.

• Young, black gay and bisexual men experienced a 48 percent increase in new HIV infections from 2006 through 2009, according to the Centers for Disease Control & Prevention.

• The Atlanta-based CDC determined figures that show that in 2006, there were 4,400 HIV infections among black gay and bisexual men ages 13-29. The numbers jumped to 6,500 infections in 2009 within the same age group. This subpopulation represents the only subpopulation in the U.S. to experience a statistically significant increase during these three years.

The increase among black men who have sex with men (MSM) ages 13-29 may be attributed to several factors, according to the CDC:

• higher proportions of young, black MSM are unaware of their infection than MSM of other racial/ethnic groups

• stigma of HIV and homosexuality, which can hinder utilization of HIV prevention services

• limited access to health care, HIV testing and treatment; increased likelihood of having older sexual partners (who are more likely to be HIV infected), compared to MSM of other racial/ethnic groups

• higher rates of some sexually transmitted diseases among young black men, which can facilitate HIV transmission 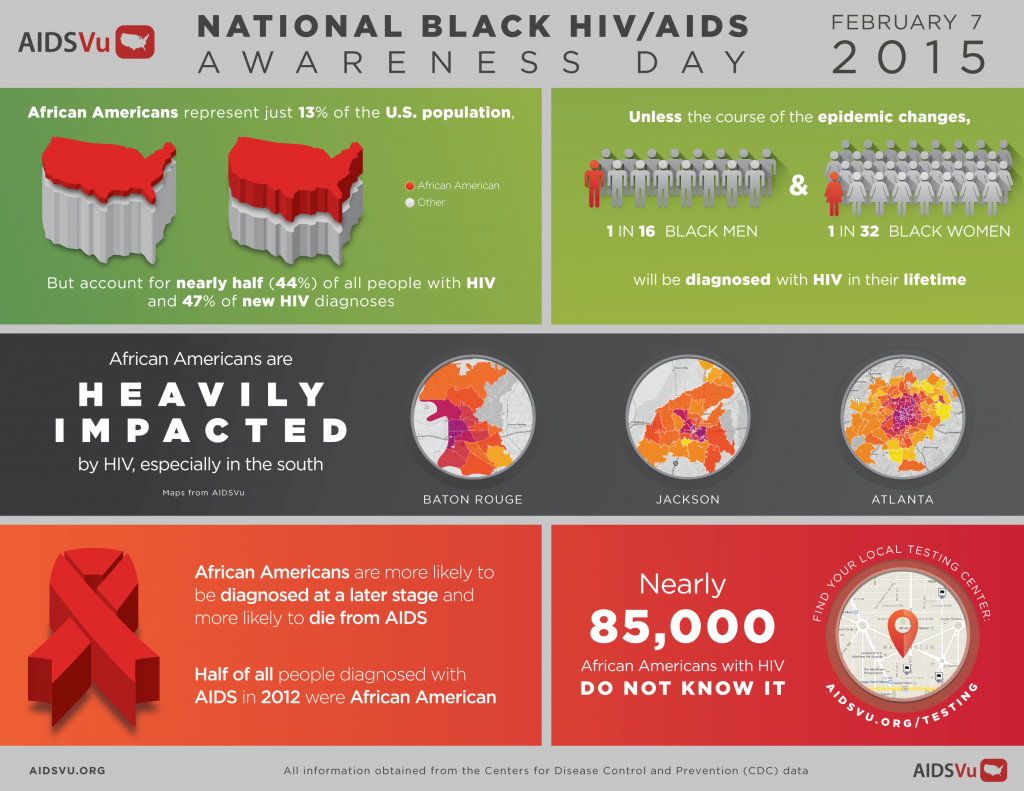 AIDSVu, an interactive online map that shows how HIV is affecting the U.S., including state and county-level data, released an infographic for National Black HIV Awareness Day to show the disparate impact of HIV on African Americans. http://aidsvu.org/national-black-hivaids-awareness-day/ Data for the illustrations came from the CDC and show:

• African American represent 13 percent of the U.S. population but account for 44 percent of all people with HIV and 47 percent of new infections.

• African Americans are heavily impacted by HIV, especially in the South.

• In Atlanta, the rate of black men living with an HIV infection diagnosis is 4.1 times that of white males.

• In Atlanta, the rate of black women living with HIV is 14 times that of white women.