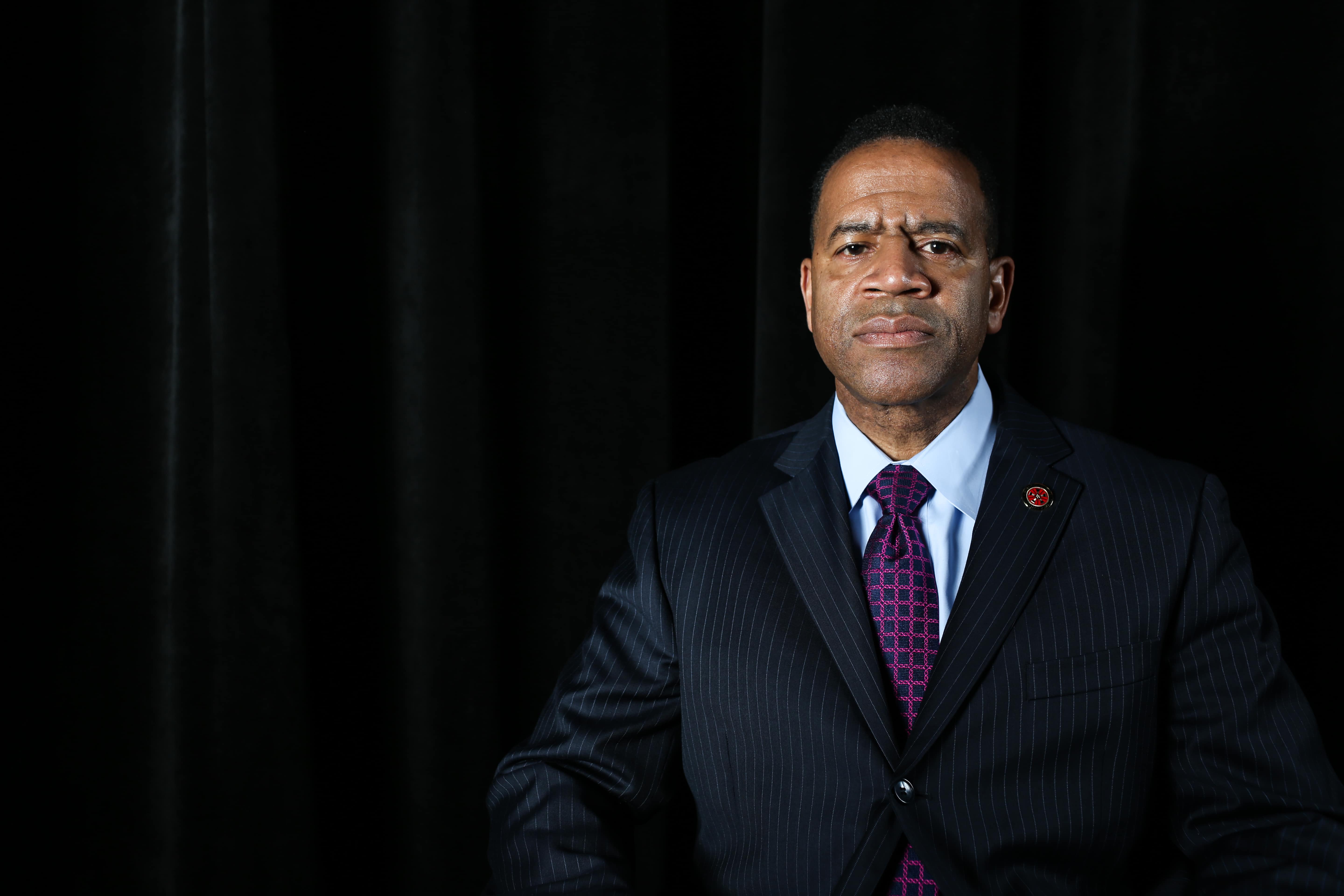 A federal judge ruled Monday that Lambda Legal has the right to file an amicus brief on behalf of the city of Atlanta in its motion to dismiss the lawsuit filed by anti-gay fire chief Kelvin Cochran who claims he was fired for his religious beliefs.

In its amicus brief, Lambda Legal says the government is allowed to fire employees, including supervisors, who publicly humiliate a group of people.

“The law could not be clearer: the government has the right to relieve of his or her duties any employee who publicly demeans the role of women and/or excoriates the intimate relationships of the LGBT community, where, as here, there is no allegation that such positions would be tolerated in a non-religious individual,” states the April 3 brief.

Attorneys for Cochran argued against allowing Lambda Legal to file its brief in its own April 17 brief, stating, among other things, that Lambda Legal should not be able to file the brief because the LGBT legal advocacy group stated Cochran is a “misogynist.”

“Namely, Lambda Legal makes the spurious allegation that Cochran is a misogynist,” states the April 17 brief from Cochran’s attorneys with Alliance Defending Freedom, an anti-gay and religious-based law organization.

“As alleged in the complaint, Defendants did not justify Cochran’s firing by falsely accusing him of being a misogynist. Rather, Defendants’ public justifications for Cochran’s termination solely focused on his biblically-based views on same-sex marriage and homosexual conduct. Lambda Legal merely seeks to cast Cochran in a false and unflattering light on a topic that is irrelevant to the motion to dismiss,” the ADF argues.

“Rather, Lambda Legal’s amicus brief proposes to create controversy where none exists, which, if permitted, will distract from the real issues and result in more work for the parties and this Court,” according to ADF’s brief.

Cochran was fired on Jan. 6 by Mayor Kasim Reed after a 30-day suspension. Reed said Cochran did not follow city policy when he wrote and published a book titled, “Who Told You That You Were Naked?” In return, Cochran is suing the city and Mayor Reed saying his constitutional right to free speech was violated when he was fired.

The ADF has put out a videotape of Cochran as part of its defense.

Passages from the book include:

Anti-gay:
• “Uncleanness — whatever is opposite of purity; including sodomy, homosexuality, lesbianism, pederasty, bestiality, all other forms of sexual perversion.”

1. “Ever wondered what would have happened if Eve would have said ‘You need to talk to my husband.’ What if she would have said, “Do I know you? Who are you? Why would I listen to you? I don’t know you? I do know God. He created this garden, these trees, animals, and all these creeping things; he created my husband and formed me from my husband’s rib. He even created you! Why would I listen to you? You neeed to talk to my husband.’
‘Adam! Adam! Come over here right now. This snake can talk! He just called God a liar! He’s trying to convince us to eat from the one tree the God told us not to eat from lest we die. He told me “We shall surely not die!”

I believe these words coming from Eve would have empowered and emboldened Adam as the protector of Eve and the Garden. He would have responded with righteous indignation and killed the serpent on the spot- even cut off his head. The scriptural account could have possibly been ‘And the Spirit of the Lord came upon Adam and he cut off the serpent’s head and they lived happily ever after.’
Unfortunately that’s not what happened…”

2. “After seven days of crying and nagging, Samson gave in and gave her the answer. His weakness for whining, nagging women would ultimately cost his destiny. He lost the bet because of her.”

Anti-semitic
1. “The naked condition was evident in the religious leaders, the scribes and the Pharisees during Jesus’ ministry on earth. The religious leaders were absolutely convinced that their righteousness was based on the staunch law code and their ancestry in the bloodline of Abraham. Jesus Christ could not convince them otherwise. Many believers today are absolutely convinced of their salvation through the blood of Jesus, but that the law code is still essential to righteousness. The Word of God cannot convince them otherwise.