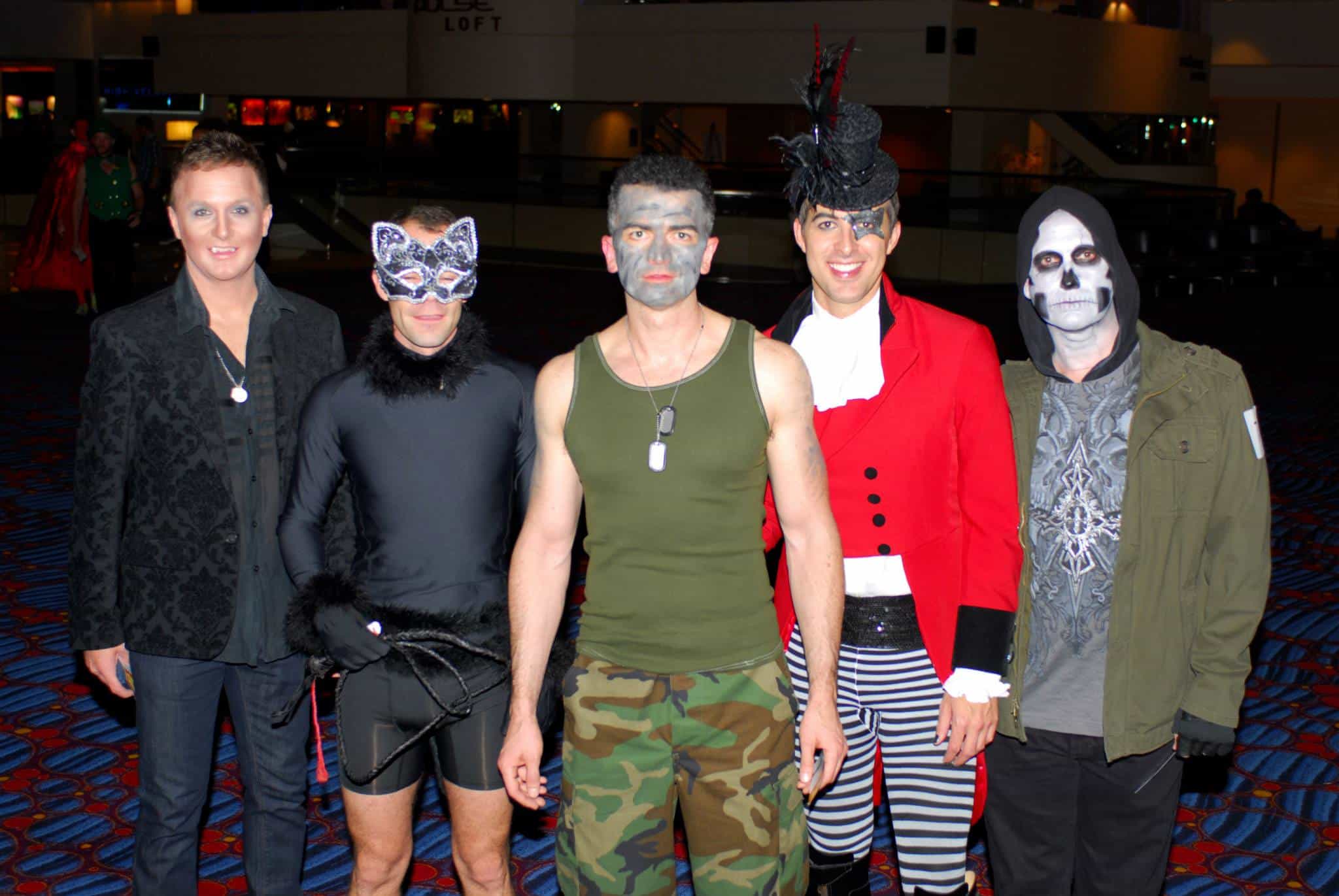 Jerusalem House’s annual Halloween gala goes time-traveling this year as guests are asked to come as their favorite historical character.

The 15th annual party titled “Traveling Through Time” has secured its place on Midtown’s seasonal party calendar not only by raising funds for individuals living with HIV, but also for its elaborate costumes and theming.

“If you’ve ever been to a costume party that was kind of mediocre because all the costumes are bought at Party City, it’s not like that,” says fashion writer E. Vincent Martinez of Fashionado.net.

“It’s like one of those parties you see on TV where someone really goes out of this world and does the hair, costume, makeup, everything and you think ‘Who really does that?’ Well, this is the party where people really put that much time and effort into their costumes, and everything is just out of this world.”

On Saturday, Oct. 25, the Great Room of the W Atlanta-Midtown will be transformed into a time-traveling oasis. Different areas will be transformed to resemble visions of the past, present and future, but with an open bar, food, and DJ Bill Berdeaux providing music.

Jerusalem House Development Director Jon Santos said the team is presenting a blend of times and styles with a Steampunk feel.

“It’s kind of like steampunk meets ‘Alejandro’ from Lady Gaga and Madonna’s ‘Express yourself,'” Santos says.

Santos is tasked with raising private funds to cover Jerusalem House’s services, which are offered to men and women with a positive HIV diagnosis in Atlanta.

“Organizations like this do events not just to do events. We do events like this to help us raise funds to provide services,” Santos says.

At any given time approximately 250 people, 80 of whom are typically children, rely on Jerusalem House for shelter.

“That can be expensive, normal wear and tear; we have to take down trees on occasion, for example,” Santos says. “We have four programs, two of which are what we call our facility programs, where we actually own the building, one is for single adults, and the other is for single mothers, or single grandmothers in some cases, with children … The other is our master lease program where we hold the lease on a number of rental units.”

The “scattered site” program houses about 140 people across Metro Atlanta, and is starting to feel the pinch of rising rents.

“One of the challenges that we have with the master lease program is that rental unit costs are just skyrocketing here,” Santos says. “The reality of the situation is that we have some federal money for that, but the prices just keep going up and so we have to pay more just to stay at the same level … In our family program, and that’s normally a parent and at least one child, that’s at least $165 a night.”

A successful Halloween party means that Jerusalem House can pay for projects not covered by federal, state and other sources of dedicated funds.

“Overall, it’s probably the equivalent of running the scattered site program, for a year for about three units. It might not sound like a whole lot, but consider all the costs of running your house for a year, and multiply that by three,” Santos explains.

COSTUME CREATIVITY
Those coming out in costume will be eligible for one of the richest Halloween door prizes in Atlanta, as nearly $3,000 in cash and prizes will be available. As one of the judges for the contest, Martinez said he wants to be impressed.

“I would say, be creative. Don’t just go off and buy a costume, and if you do buy or rent a costume, I would add to it what you need to take it over the top,” Martinez says. “I like all costumes, but I also like it when it’s very fantastical, other-worldly, but on the flip side I also like costumes that interpret current events in really smart ways.”

The event brings out a wide array of Jerusalem House’s supporters, and Martinez says that thinking through your costume is really the key for a stunning look.

The event at the W closes down at midnight, but anyone wearing a VIP wrist ban from Jerusalem House’s bash will be able to get to the front of the line at the Heretic’s after party.