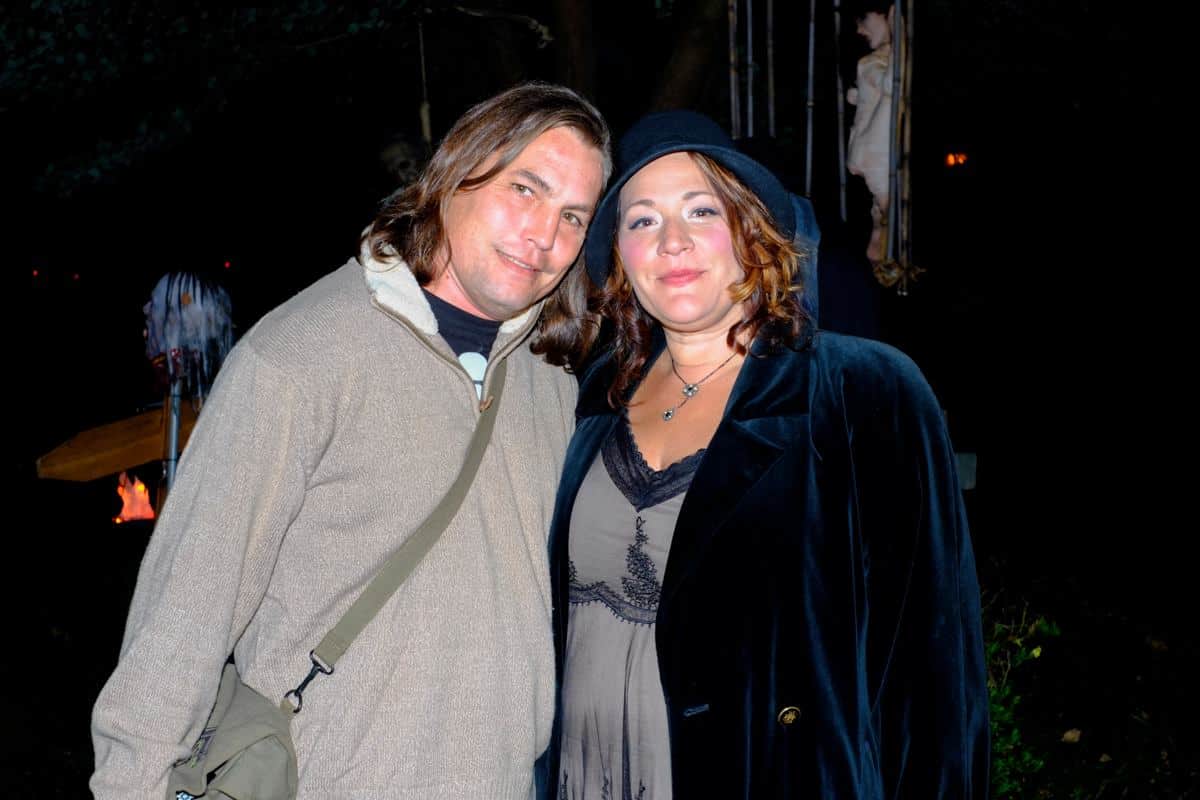 Stephen Bailey, 46, dresses as a man and uses male pronouns, but he knows he is female.

“I knew I was different since I was five,” says Bailey, who lives in the Westview neighborhood in southern Atlanta.

Bailey acknowledges he uses male pronouns to self-identify, but says they do not fit. For the purpose of this story, Bailey will be referred to as “Bailey” except when a male pronoun is necessary to make the story clear.

“I’ve always been female. Because of what I’ve endured I wear my maleness as armor; it keeps me safe. It’s not who I am,” Bailey says.

In 1995, when Bailey was 24, transitioning and using black market hormones, a stop in the women’s restroom at the Georgia college he was attending led to a traumatic arrest, a year in jail, and a plea bargain to peeping tom charges that mandated five years of conversion therapy to escape being forever labeled a sex offender.

“I was in an open dorm [in jail] with 120 sex offenders. I had to fight every day to stop from being raped. At that point was 134 pounds and had a B-cup. I was cute,” Bailey says.

Today, Bailey, who is married to a woman and is set to go back on hormone therapy in the near future, is again facing charges—this time for allegedly stealing a neighbor’s dog.

Bailey and his wife, Sherry, have rescued 89 dogs, cats and other critters, including a family of opossums, a barred owl and a bunny rabbit, in their neighborhood.

An attempt in July to save a dog Bailey says was chained to a tree in the sizzling sun with no food or water led to an arrest and an overnight stay in jail.

“It was triggering. It was terrifying. Last time I was arrested I was inside a jail for a year,” Bailey says.

Despite an offer of 12 months of probation by a Fulton prosecutor in lieu of a possible 90-day jail sentence, Bailey insisted on either a full jury trial or dismissal of the charges.

On Dec. 2, Bailey appeared at a preliminary hearing in Fulton State Court, but the case was continued; Bailey fully expects to go to a jury trial. The woman pressing charges against Bailey, Deanna Fulton, told WSB TV in August that she believes Bailey broke down her fence and stole her dog, intending to sell it.

“It looks like we have us a real fight,” Bailey says. “I’m not going to plead guilty. I’m not guilty.”

“Most of us have things in our character that make us different in some unique way. How we deal with those differences defines us as a person. For most of my life, I guess I could best be defined as a prisoner in my own mind,” Bailey wrote.

“‘Auto da Fé’ is the name of the act of public penance used during the Inquisition and then followed by the person being burned at the stake,” Bailey explained. “It is also the origin of the word ‘faggot’—a chunk of wood that was burned.”
Writing the essay is part of the therapy Bailey is undergoing, which has also helped him to stop drinking heavily and healed the relationship with Sherry.

“After I got the drinking under control Sherry and I got married. As I started to quit asking who I was through alcohol I had to start being authentic. As part of an exercise in therapy I wrote the story,” Bailey explains.

“Then I showed it to a friend at Eyedrum and he said ‘we really want to print this.’ After I talked it over with Sherry, we let them publish it. And that’s how I came out to 700 friends in one fell swoop [by posting to Facebook].”

I went into the ladies room, locked the stall door and started to pee. The security guard who had been stalking me came in, kicked in the door, and snatched me off the toilet into the floor. He placed his knee in the small of my back and handcuffed me.

That was my last moment outside of a jail for a little over a year.

They charged me with Felony Peeping Tom. The way the law is written, it looked like it would to stick. The DA was talking 10 years.

I was taken into the station by a female officer, stripped naked and remarked upon at great length:

“Damn, it really does, call someone down from medical.”

“Hey, Jimmy, we’ve got something in booking you have to see to believe!”

“Hey, I hear you’ve got one of those shemales in here, let me look at it.”

“What are we supposed to do with it?”

I wasn’t given clothes for an hour.

They finally put me in the section reserved for sex offenders. I had to fight. A Lot.

Bailey was born on the Rosebud Indian Reservation in South Dakota and adopted by a Southern Baptist minister and his wife from Carrollton, Georgia, after his mother was deemed unfit to take care of a newborn.

The relationship with the adopted parents is a strained one.

“We’ve rescued so many animals in this neighborhood,” says Sherry Bailey. “We have five cats and a dog. We had four cats, but neighbor moved and left their cat and said they would come back to get it and of course they never did.”

After a year of dating, Bailey tried to break it off with Sherry. She refused to take no for an answer and went to Bailey’s home one night, climbed the fence, and forced Bailey to talk to her.

“I was covered in blood and bruises and knocked on the back door and I told him he could not do this to me. He told me everybody he has ever told this to has left him,” Sherry Bailey explains.

“Then he told me he was transgender. I was, ‘That’s all?’ I’m thinking it was something horrible.”

Her opinion of Bailey never wavered.

“I like people for who they are, not what they are,” she says.

Bailey only half-jokingly says he’s hoping they will be the first lesbian couple legally married in Georgia. “I’m a girl. But I like flannel, I like jeans,” Bailey says with a laugh.

Their life together is a pretty normal one. Bailey owns a business and is known by many as “Decatur Handyman.” Sherry Bailey is a real estate agent. The couple is active in the Westview community with the Beltline, garbage cleanup and, of course, pet rescues.

“We do work, we hang out with friends, we do laundry, cut the grass. This is not some off-the-wall fetish that happens,” Sherry Bailey says. “Our biggest excitement is rescuing animals. We are not something odd. This is just our life.”