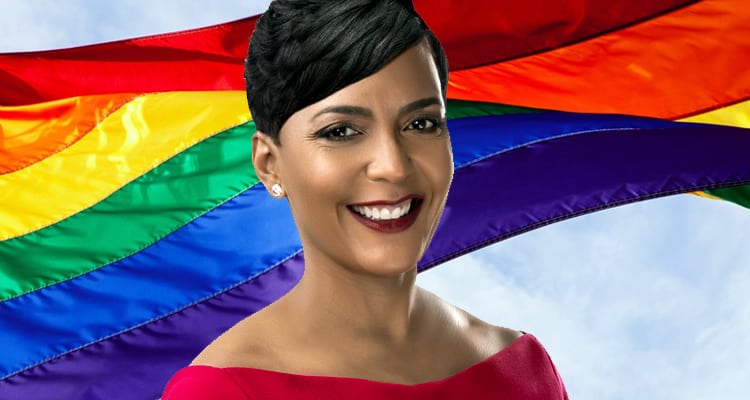 Mayor Bottoms Has Our Back! New LGBTQ Advisory Board Announced

How serious about LGBTQ issues is newly minted Atlanta Mayor Keisha Lance Bottoms? Serious enough to have her office give us a call on a Friday afternoon to let us know that she’s about to introduce her incredibly diverse LGBTQ Advisory Board. According to the mayor, these are the folks who “will help shape the city’s policies and engagements with Atlanta’s LGBTQ communities, and serve as a bridge between City Hall and LGBTQ residents.”

Let’s meet her appointments — they might even be folks you know!

In an exclusive with Georgia Voice, Mayor Bottoms’ team expressed that these are people she’s known personally and professionally over the years. Additionally, a good portion of the LGBTQ Board came in the form of recommendations from senior staffers like Robin Shahar, who’s been a mayoral LGBTQ advisor since 2013, having worked under former Mayor Kasim Reed; Rashad Taylor, a current political consultant and former member of the Georgia House of Representatives; Malik Brown, whose brilliant and exhaustive list of accomplishments the mayor’s letter will expound upon Monday; and Reese McCranie, a former advisor on LGBTQ issues under former Mayor Kasim Reed.

And what are their current priorities? According to the mayor’s office:

Georgia Voice also spoke to Press Secretary Michael Smith, who had this to say: “Mayor Bottoms is a fifth-generation Atlantan, so she understands the important role our community has played in pushing the City forward. The formation of the LGBTQ Advisory Board is further testament that we have an unwavering advocate and ally in the Mayor’s Office.

“During my campaign, I spoke at length of my commitment to the LGBTQ community. As Mayor, my recognition of that importance has been put into action, as I have made the formation of the LGBTQ Advisory Board and the hiring of a full-time LGBTQ Affairs Coordinator a priority,” says Mayor Bottoms. “I am proud to welcome our first full-time employee dedicated solely to liaising with our LGBTQ constituents, and I am equally proud to welcome such a distinguished group of community advocates and leaders to the City’s LGBTQ Advisory Board.”

So let this be some amazing news to start your weekend off: We have a progressive leader in a high position who cares about the needs of our community. Not too many big cities can claim that. We at Georgia Voice welcome the new advisory board and thank Mayor Bottoms for her commitment to the LGBTQ community.