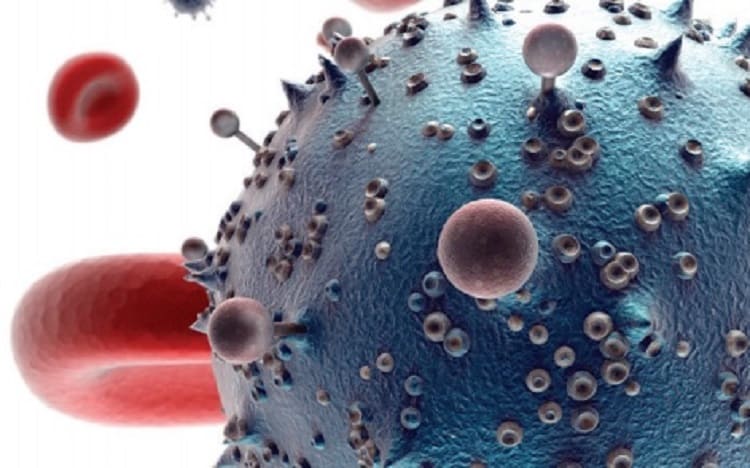 Melanie Thompson: So, what’s in the HIV pipeline?

Did you know that people with HIV can live a normal—or even longer—lifespan if they get on treatment early and take it consistently? This awesome news is made possible by potent drugs that suppress HIV to low levels and stop progression to AIDS in its tracks. Yes, we can End AIDS! But drugs have side effects, and some are more complicated to take, posing challenges for the high levels of adherence required for successful treatment. It’s no surprise that safety, tolerability, and simplicity are a major focus for new drug development. Fortunately, we also are still seeing exciting new drugs directed at new targets.

The newest HIV drug at your local pharmacy is Genvoya®, a single-tablet formulation of elvitegravir/cobicistat/FTC/TAF (tenofovir alafenamide) approved by the FDA on November 5. TAF is the kinder, gentler offspring of the version of tenofovir found in Viread®, Truvada®, Complera®, Atripla®, and Stribild®. Think of Genvoya® as the “TAF sister” of Stribild®. TAF was developed specifically to decrease tenofovir side effects on kidneys and bone, and studies show less bone density loss and fewer kidney side effects with TAF. But if you switch from TDF to TAF, expect a small increase in “bad” LDL cholesterol, but also in “good” HDL cholesterol. You must watch closely to decide whether the balance is good or bad for you. In 2016, we are likely to see a TAF sister of Truvada® and then Complera®. There will be no TAF-Atripla®, and no stand-alone TAF. The first protease inhibitor single-tablet regimen containing darunavir, cobicistat, FTC, and TAF is in clinical trials.

Doravirine, a member of the NNRTI family that includes efavirenz (Sustiva®), rilpivirine (Edurant), and etravirine (Isentress), is in its final trials before FDA submission. So far, doravirine has caused fewer problems with sleep, vivid dreams, depression, dizziness, and suicidality than efavirenz. A larger study is underway, and another is looking at a single tablet combo of doravirine, 3TC and tenofovir DF.

GS 9883, a once-daily integrase inhibitor, is moving like a bullet through the development pathway. Unlike elvitegravir, it does not require cobicistat or ritonavir boosting, and its long half-life places it squarely in competition with dolutegravir (Tivicay®). Few clinical data are public about this drug, but it has sailed through early trials with no safety issues and is being tested as a combo pill with FTC and TAF. Four new studies start this month in people who have never been on treatment and those with “undetectable” virus.

Two drugs aimed at new targets also are in the pipeline. Fostemsavir is an attachment inhibitor that keeps HIV out of the cell by binding to viral protein gp120. It is being studied in individuals whose virus has rebounded and who have limited drug options. An early study showed potent decreases in viral load comparable to boosted atazanavir, and no unusual toxicities. Given twice daily, it is now being studied for initial treatment where the standard of care is once-daily dosing.

The maturation inhibitor BMS-955176 is once daily and is being studied for persons never on treatment, as well as those on failing regimens. This drug acts at the end of the viral life cycle, stopping the virus at the stage of capsid formation and causing released viruses to be “immature” and inactive. An early study showed potent antiviral activity and no significant side effects (not uncommon in early studies). A study for patients with viral rebound is now enrolling.

Finally, let’s chat about the most buzzed drugs on the planet, long-acting cabotegravir (a cousin of dolutegravir) and rilpivirine. These drugs are being co-formulated as an oral daily pill, and studies are ongoing. But the real buzz is about injectable forms being studied in LATTE-2, where both are given every 4 or 8 weeks following viral suppression on oral drugs. Possible advantages include no pills, injections monthly or less, and better adherence. Risks include long-acting drugs “trapped” in your body if side effects or viral resistance develop, and the risk of viral resistance if injections are missed or not given on time. Long-acting cabotegravir also is being developed for pre-exposure prophylaxis (PrEP). But we’re talking 2019 or 2020 if approved for treatment, and even longer for PrEP. Stay tuned!

While we worry that companies are shifting resources to other areas, like hepatitis C, the HIV pipeline is robust for now, and there are even other drugs not covered here. Perhaps our biggest challenge is to ensure that all drugs remain available and affordable to people with HIV.

Dr. Melanie Thompson is principal investigator of ARCA and a member of the DHHS Antiretroviral Guidelines Panel. She is also Executive Editor of the Fulton County Task Force on HIV/AIDS’s Strategy to End AIDS in Fulton County. For more information about studies of doravirine, GS-9883, fostemsavir, and BMS-955176, call ARCA at 404-876-2317. Dr. Thompson discloses that ARCA receives research funding from the makers of all these drugs.