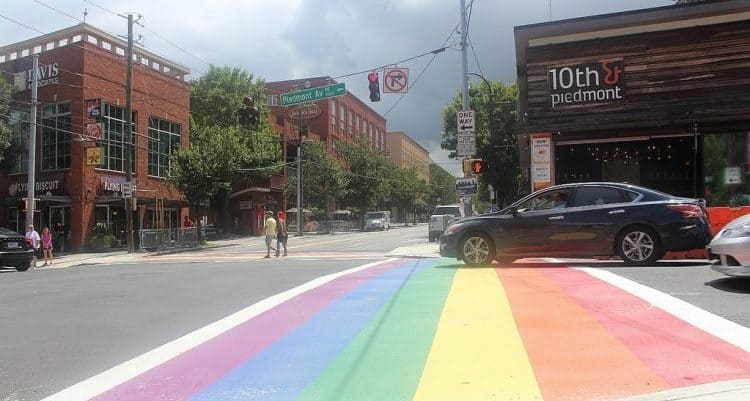 An Atlanta Police Department spokesman claims a “miscommunication” between city police and APD led to the closure of several Midtown LGBT-owned bars in the early hours of Sept. 4, but one bar owner isn’t buying it.

TEN, Blake’s on the Park, 10th and Piedmont and G’s Midtown were forced to end events, despite having permits that allowed them to operate past normal closing hours. At least one event was hosted as part of Black Gay Pride.

“Closing the bars early was — very simply — an honest mistake based on a communication failure,” Carlos Campos, spokesperson for APD, said in a statement. “The bars came to the attention of the morning watch commander — an openly gay male — because crowds in the area were spilling out onto the streets, causing potential public safety hazards.”

Campos said normal closing time on Sundays is 12:30 a.m., but that time was extended for two hours by the Atlanta City Council.

“The morning watch supervisors should have been aware of the City Council’s extension of bar hours for the Labor Day weekend, but they were not,” Campos said.

In a Facebook post, James Nelson, owner of TEN, issued an apology to his customers, and cited what he considered the discriminatory nature of the “unlawful closure.”

“This was clearly an act to stop the Black Gay Pride event and all other events on the corner of 10th and Piedmont, as I stood there with the ordinance in hand clearly stating we were operating lawfully,” the post reads. “They insisted on shutting us down.”

Nelson said by law, TEN is allowed to operate past midnight on four holiday weekends per year where the holiday is on a Monday, including Labor Day. He told Project Q Atlanta that “I’ve been in business far too long and I know what happened on Sunday night.”

“There were probably 400 African-American gay men and women standing on the sidewalks in front of G’s and 10th and Piedmont and the Blake’s parking lot. They clearly wanted to shut that down,” he told Project Q. “They pulled up in paddy wagons and began clearing the sidewalks. Really, it was an intimidation tactic at first. … It was an abrupt closing and I want to make it clear that we were operating legally.”

Campos’ statement said the closure was not a discriminatory incident, but rather an issue of public safety following the miscommunication regarding the permit to stay open late.

“Any notion the bars were targeted because of their clientele is unfortunate and simply not true,” Campos said.

He told Georgia Voice that if the streets are open to vehicle traffic, people shouldn’t be in them unless they’re crossing at designated crosswalks, whether or not they are at a permitted event.

“Normally, if people spill into the streets, an officer will simply ask them to move onto the sidewalks — and most likely work with event organizers to help ensure compliance,” Campos said.

He said if people continue to stand in the streets and disregard requests to move back onto the sidewalks, they can be cited with a “pedestrian in the roadway” charge. Campos said that did not happen on Monday morning.

“To the best of my knowledge, no one was arrested as a result of the shut-downs or events we’re discussing,” he said.

The fate of future events

The events Monday led Nelson to wonder about what could happen to events in the works for Pride, which in his Facebook post he says a member of the Midtown Neighbors Association wants to put a stop to.

“Dana Persons, who is a board member of the MNA, is actively trying to prevent TEN Atlanta from having our annual Pride Block Party,” Nelson said. “She has sent numerous emails to city officials, [the] license review board and the mayor’s office to prevent us from obtaining the proper permits.”

He said he promises to work diligently with the city and his attorneys to protect Atlanta’s LGBT businesses and community members from that type of discrimination.

Georgia Voice reached out to Nelson, Atlanta City Council officials and Dana Persons of the Midtown Neighbors Association for further comment. We will update this story as necessary.