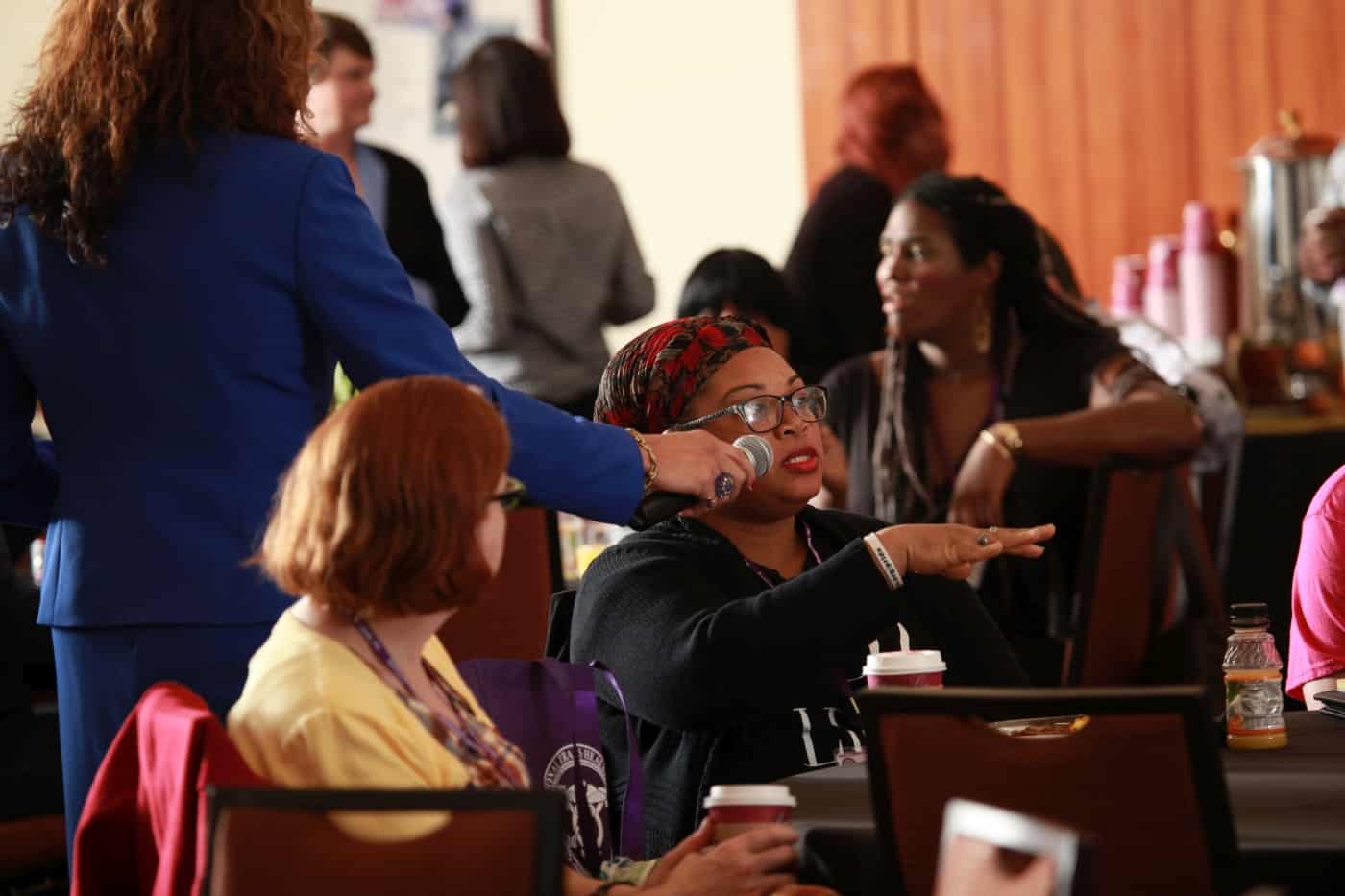 Ronnie Bass is on a mission.

He wants to remind the world that transgender lives are not invisible. They matter, and so should their health. That’s the theme of this year’s National Trans Health Conference, the fourth annual meeting to educate medical professionals on treating transgender patients — both with prescriptions and as human beings.

“People who have interactions with transgenders on a daily basis: doctors, nurses, case managers; someone who’s a receptionist at Fulton County Public Health Department, that’s someone who needs to be trained on how to address a transgender person,” said Bass, founder and executive director of Someone Cares, Inc., the Atlanta-based organization in charge of the conference. “If I go to Fulton County Public Health Department and the first person is the receptionist and she says, ‘How can I help you sir?’ and I’m clearly dressed as a woman, that’s going to be a big turnoff.”

Kayleigh Fitzpatrick, a transgender University of Georgia graduate now pursuing nursing in Arizona, knows the feeling. She believes there is an exclusionary culture, especially for post-operational transgender individuals. Several months after her operation, she had three different hospital stays for serious infections.

“The first couple of visits, my care was incredibly sub-par. The staff OB/GYN refused to see me based on my medical history,” she said. “The doctors … hid behind the veil of, ‘I don’t know anything about this,’ when in reality I’m no different than thousands of women who have had hysterectomies.”

Situations like Fitzpatrick’s are why Bass wants attendees to get just one thing out of the conference.

“Just one word: respect!” he said. “You might not like me, but I have to come to you. So when I come into that environment, I don’t want your staff to treat me like some Martian.”

Attendees at the conference will choose a track of abstract presentations and workshops with topics like transgender health, HIV and HCV co-infection, cultural competency, what to expect from healthcare providers beyond the prescription, psychological health and more. There will be networking events and a screening of the movie “MAJOR!” In between workshop sessions, the entire group will gather together for keynote speeches.

Jesse Milan Jr., interim president and chief executive officer of Washington, D.C.-based AIDS United, is the keynote speaker on Friday, Nov. 17. He plans to address issues of leadership by and for the transgender community, and how taking on leadership roles can help the community reach a goal of no more HIV infections and no more AIDS.

“There is something provocative about the term ‘LGBT.’ That ‘T’ is always last. We never say ‘TGBL,’” he said. “It’s important for us to shed light on the trans community because the entire HIV/AIDS community includes them in both at-risk populations [and] affected populations. We cannot allow the trans community to be an afterthought.”

That’s going to take an “if I don’t do it, who will?” mentality, Milan said.

Milan said often people think of leadership in terms of who has a title and who’s in charge of policy-making, but neither are requirements to making a difference.

“You don’t have to wait for the case manager or the doctor to say to that person, ‘You really need to have an HIV test.’ If you’re waiting for someone else to take that lead, then you may be missing an opportunity to help save a life,” he said.

‘This is a medical condition’

For the medical professionals in attendance, Milan believes they can lead by helping colleagues understand how important transgender health is.

“If we only go back and improve our own service, that is a huge step, but it may not be the only step. The entire medical community needs more information. As each one of the attendees becomes their own best practice for how to provide services to trans clients, that service needs to be held up,” he said.

The more these best practices exhibit the culture of respect Bass said is necessary, the better healthcare can become for transgender individuals, addressing not just the need for HIV testing, but for mental health evaluations and pre- and post-operatory care.

Fitzpatrick believes that one way to create that culture of respect is for people to realize that being transgender is a medical issue.

“This is a medical condition. It’s an actual medical, diagnosable condition … and it would be nice to be truly treated as such,” Fitzpatrick said. “It was my form of cancer. It wasn’t cancer in the sense of I had cancer, but for me it was. It was a life-or-death situation where I had a growth on my body that repulsed me, that made me physically ill and without it being removed it was going to kill me.”

Fitzpatrick wants to become a nurse practitioner to help and treat people like her in a professional manner. It’s that sort of leadership Milan hopes to inspire in all of the providers listening to his speech this month.

“I hope that people embrace the possibilities of how things can become different for the trans community,” he said. “Better services, better legal protections, better advocacy for the community, better health outcomes for the trans community. The possibilities of improving all of those are what this conference is about: giving people the desire to want to go out and do their part to improve them.”