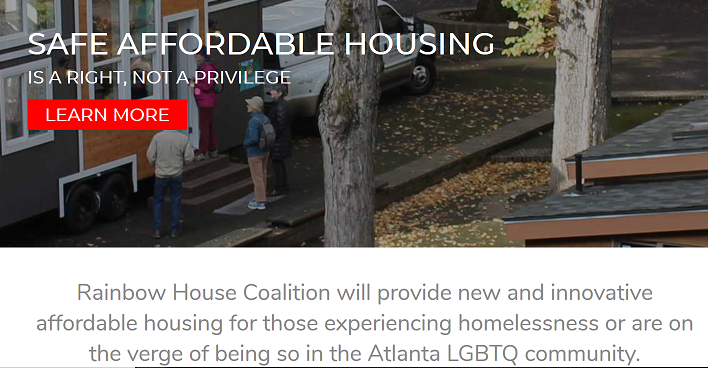 This year, Atlanta’s beloved Lost-n-Found Youth, an organization that aims to end homelessness among LGBTQ youth, saw the departure of its founder and former executive director, Rick Westbrook.

As of Oct. 1, Rick will take the reins on another like-minded project with an aim to continue raising funds and awareness for young ones in our community who are experiencing life without stable homes.

“I’m tired of these kids getting apartments and not having the money when some emergency comes along,” a impassioned Rick told a 50-strong audience of FB Live listeners today. “To us, an emergency is a transmission going out, or a tree falling on their house.” He notes other things like doctor visits, or ways to get themselves to an unexpected funeral. Very, very real things to our community that can take precedence over, say, rent or a power bill. “We can give them a little nest egg that they can draw on, and I think we’ll see a lot more successful outcomes with that.”

“I’ve been on the frontlines and behind the scenes, and seen many experiences first-hand the amazing change the community can educate to eradicate youth homelessness. This experience along with this leadership and tireless dedication have led to the Rainbow House coalition.” He adds that he’ll do whatever it takes to get the job done, noting he’s got “at least 10 or 15 good years” at it.

(We somehow think he’s low-balling himself, but that’s just us. Rick is tireless.) 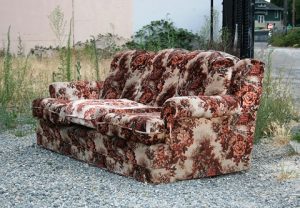 “We can take this to other cities in the Southeast. These are our kids. Yes, they’re 18 or above, but these are our kids. It’s not like it used to be. When I came out, I had couches to sleep on. I was lucky; I survived. A lot of these kids don’t. The city’s doing what it can, but it’s just not quick enough. Our community can step up and knock it out of the ballpark.”

When asked by Georgia Voice House how Rainbow House diverts from his old stomping grounds (Lost-n-Found Youth), Rick says: “I plan to work hand-in-hand with Lost-n-Found,” he states without hesitation. “Lost-n-Found does incredible with wrap-around services, where they can get meals. We are just going to do housing.” 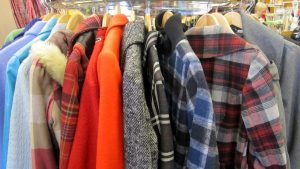 He notes their expanded hours that include pickups for food and clothes, but admits there’s a lack of housing, though some are employed full-time and living in tents under bridges.

“With this new non-profit, we can go out and rent new houses and work with the city toward tiny houses and container homes,” he says. Even in nicer, OTP areas, Rick is pushing toward assistance with the cause. “We’ll put these houses wherever they need to be.”

He says that there’s a lot of money to be spent to keep the ones in need in a solid place. He counts on trained individuals in the community to help keep the fundraising up on behalf of them. “I just want to assure these kids are safe, and see to it that agencies get government grants and things like that to take care of the kids for mental needs, physical needs.”

The future is wide open. Rainbow House wants to take care of the kids first, but they want to make sure the aging LGBTQ community gets their needs fulfilled as well, whether through condos that are specifically for our community who have aged out of governmental assistance and (frankly, sadly) social concern. He speaks of a renaissance where high-rise apartments and condos can be replaced by tiny-home villages that serve a similar and more affordable purpose — with a smaller ecological/economical footprint at that.

Rick, ever on the forefront, includes LGBTQ allies, adding that if straight people “want to live with a bunch of moes [homos] and lesbians and want to go golfing, field trips … I believe in unity among the community, and I want to push that as much as possible.”

But it’s small steps for now:

“We’re looking for environments with no holes in the wall … just like normal apartments,” Rick says. “They’ll get a final inspection and we’ll write a final check [to supplement] what’ they’ve got in the bank, something they can build on.” 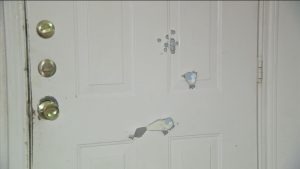 “We will be up and running today as we are a product of the Sisters of Perpetual Indulgence until all of our submitted paperwork goes through,” Rick told Georgia Voice earlier in the day. “[Rainbow House] will just be housing … all wrap-around services will be coordinated through the other agencies in town.”

Their early-morning press release informed the city that Rick has appointed a new committee and board of directors of community leaders to lead the Rainbow House coalition to end LGBTQ Youth homelessness in Atlanta.

The board is as follows:

Rick adds: “We will start collecting money today and as soon as we reach a goal of $50,000, we will be able to start finding housing.”

Visit RainbowHouseATL.org for more info on the upcoming project.

[Note: The address listed on the website, according to Mr. Westbrook, “is simply a placeholder until we have an office. It is actually our accountant’s office.”]