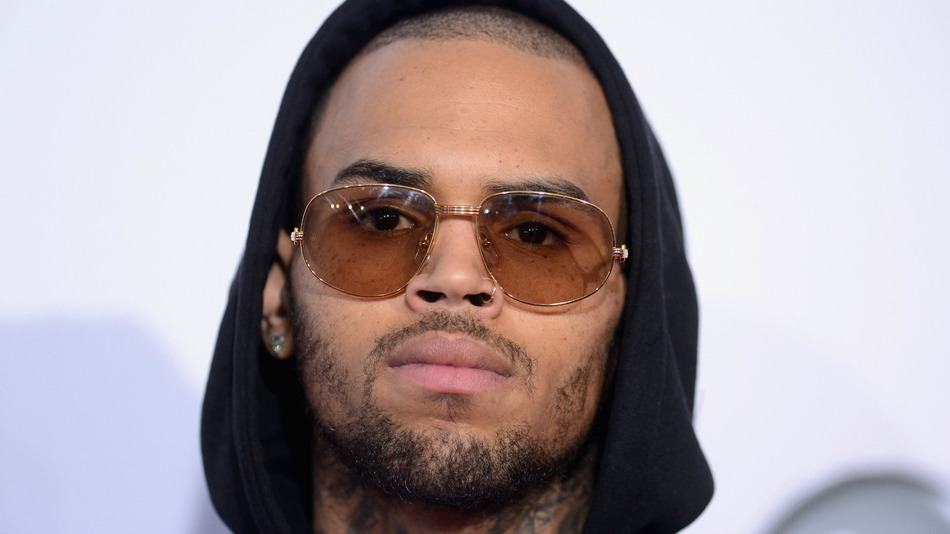 UPDATE: Brown has responded via Twitter to the accusation by Traxx Girls founder Melissa Scott that he bailed on last weekend's scheduled appearance. Georgia Voice is working to obtain Scott's reaction to the tweets. 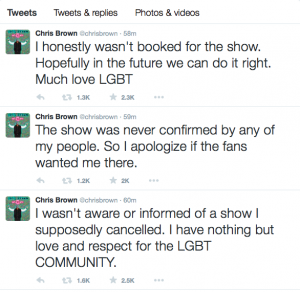 Chris Brown doesn’t give a damn about his gay fans.

Brown failed to show up at The Georgia Freight Depot nightclub as thousands of his fans waited to see the ‘Loyal’ singer at his scheduled Saturday appearance during Atlanta Black Gay Pride Weekend. The event, sponsored by Traxx Girls, a lesbian owned and operated entertainment company, was billed as the “biggest girl party in the country with over 4,000 women in attendance.” Brown, who was also in Atlanta to perform on his ‘One Hell of A Nite Tour’ at Aaron’s Amphitheatre at Lakewood, had been prominently displayed in the center of Traxx Girls flyers promoting the event, but when the time came for Brown to fulfill his contractual obligations he bailed along with the fee he was paid by Traxx Girls as a retainer. The reason: of the estimated 4,000 women in attendance, Brown refused to enter the building once he learned that a handful of gay men were present.

“I think it’s unfortunate for mainstream artists to take people’s money with the complete prior knowledge of knowing what the event is and being very clear about what the event is about. I’m completely baffled. You know it’s gay pride. You knew you agreed when you sent the contract in and took the money.”

Scott says she knew there was “trouble in paradise” when she and Brown’s team were exchanging text messages (which were verified by Georgia Voice) at 2 a.m. and he still hadn’t arrived at the venue.

“I was being told to take his (Brown’s) image down because he looks a little feminine in that image, an image that he took. As a promoter I should be focused on my crowd. I had to send text messages of pictures of my crowd to say, there’s nothing but girls in here man.”

Brown was not scheduled to perform at the Traxx Girls event but had agreed to introduce R&B singer Teyana Taylor prior to her set. Taylor is currently on the road with Brown as one of his opening acts on the ‘One Hell of A Nite Tour.’  Scott was able to secure popular rapper Fetty Wrap, also on tour with Brown, as a last minute replacement after Brown’s fragile masculinity stood in the way of making an appearance for his gay and lesbian fans.

“We called Fetty Wap who is the hottest artist in the country right now and he was five minutes away (from the venue) and asked him if he could come,” says Scott. He said “hell yeah!” I said it’s a gay party. It’s tons of people here. He said he didn’t care and was on his way.”

This isn’t the first time Brown has proven himself to be homophobic. He got into a heated Twitter exchange in 2010 after former B2K singer Raz B tweeted praise of singer and Brown’s ex-girlfriend Rihanna and actress Halle Berry by taking a dig at Brown.  “I’m just sittin here thinking how can ni*** like Eric Benet and Chris Brown disrespect women as intelligent as Halle Berry, Rihanna,” Raz wrote.

Scott says what transpired between her and Brown has never happened to her.

“It broke my heart to do that to my crowd. Some people flew in from LA. I had 100 girls who flew in from the UK to hang out with this guy in an environment they’re comfortable in, says Scott”

Here’s the message to Brown’s gay fans: support artists who support you.